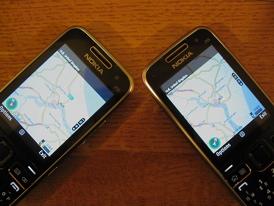 The back page of Newsweek often has some interesting factoids about cultural change. In the July 26 issue, the focus was on exactly how much the digital revolution has changed our lives in just the last ten years. I was shocked. Here are some tidbits:

What Is the Future of Mormonism?
archives most recent
More from Beliefnet and our partners
previous posts