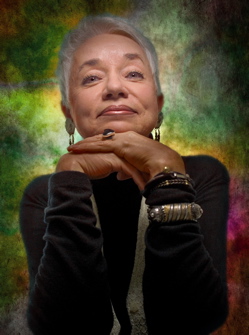 Imagine: A room filled to overflowing with LDS Church members there to listen to several gay and lesbian people speak of their spiritual journeys–Pentecostal, Roman Catholic, Seventh-day Adventist, Jewish, Religious Scientist, Quaker, Unitarian Universalist, LDS–and most importantly what their marriage or other relationship means to them.

Imagine: Mormons and gay people (and Mormon gay people) sharing hymnals and singing “A Mighty Fortress Is Our God” as an opening hymn and “All Creatures of our God and King” as a closing hymn.

Imagine: An invocation intoned by a shining African-American gay man, praying that the meeting would be filled with “love and fellowship, and that we might all be changed for the better,” and a benediction pronounced by a devoted Mormon, thanking our Heavenly Father for “the warmth and light we have shared, the love and spirit of gentleness we have felt here as thy children,” praying for those who have been cast out and rejected, and asking for a blessing “as we continue the important work begun this night.”

Imagine: another devoted Mormon welcoming this diverse group with a reminder that–just as the followers of Christ after his death did not yet have an understanding that the good news of the gospel was intended for the gentiles as well as the Jews–we continue today to “figure things out,” step by step, extending and embracing.

Imagine: hearing gay couples speak of their marriages or committed relationships, making clear that they ask for the “rights” of marriage, but no less importantly desire the “responsibilities,” of marriage, saying, “My marriage is my spiritual practice. It is the most challenging and most rewarding thing in my life.”

It happened–Tuesday evening, July 6, 2010, led by the Coalition of Welcoming Congregations, Pacific School of Religion, and hosted by the Community Service Committee of the Berkeley LDS Ward. And as I watched the smiles, the embraces, the expressions of appreciation as we made our way to the obligatory cookies and punch, I knew that indeed we all had been “changed for the better.”

Most Mormons, certainly those in California, have been achingly aware of the high price paid for their church’s heavy role in the passage of Proposition 8 in 2008, rescinding marriage rights for gay people in that state. “Us against Them” has frequently been the bitter result on both sides. And I, along with many Mormons, have long felt a need to address the pain of gay people and their families within a church that does not condone gay relationships. “Us against Our Own” has often been an even more painful consequence.

Last year the Presidency of the Oakland Stake, the geographical unit of which I am blessed to be a member, responded to the clear need to educate “us” and build bridges with “them.” The three members of this presidency, men of remarkable vision and commitment, went to each of the wards (congregations) in our stake and gave to the adults a special presentation on better understanding and loving our gay brothers and sisters. The singular intent was to educate, enlighten, and challenge the members to refrain from judgment and unkindness, to reach out with respect and Christlike love to those who are gay, within and without our church community. I personally have a long list of little (large, really) miracles that have happened in our stake as a result.

Many seeds were sown through that remarkable event. Those who were present the other night for the experience in Berkeley were, to my own observation, thrilled to be present for an unmistakable and beautiful flowering of some of those seeds. 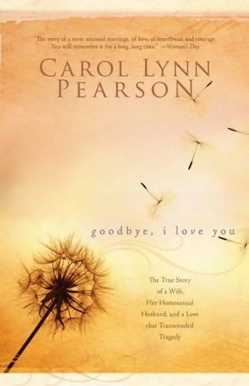 Will there be future opportunities created for Mormon folk and gay folk to come together to continue the divine process of turning “them” into “us”? Of course.

For indeed we are: “All Creatures of Our God and King.”

For a Salt Lake Tribune article on the work of the Oakland Stake, a syllabus created by the stake president, and several talks by members, click here. Another good website is The Bay Area Coalition of Welcoming Congregations.

Carol Lynn Pearson is an active Mormon in Walnut Creek, California, and the author of numerous books, notably Goodbye, I Love You, the story of her LDS temple marriage to a gay man, No More Goodbyes: Circling the Wagons around Our Gay Loved Ones, and Facing East, a stage play about a Mormon couple dealing with the suicide of their gay son.