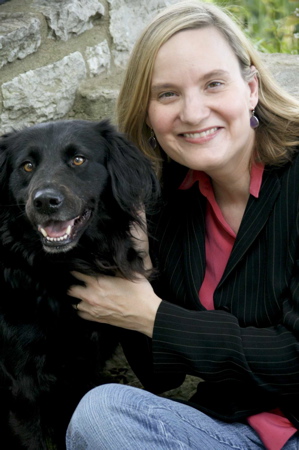 Welcome! If you’re here, I’m assuming it’s because you enjoy discovering the lighter side in the world of religion, or because you’re interested in reviews of new books and TV shows, or because my mother told you to come and you are slightly afraid of her. Whatever the reason, I’m glad you’re here.

The title for this blog came from a book I’m writing called Flunking Sainthood. It’s a memoir of the twelve months I spent in 2009 failing at every single spiritual practice I tried. What can I say? Failure is a ministry. I’m still writing the book, which was due to the publisher two weeks ago (failure again!). Although the manuscript is late, I’m having a great time with the project, and the best part has been meeting other people who try to be faithful but just keep screwing up in one way or another.

This blog is for you, my tribe of failing fellow saints. It explores the intersections of religion and culture in a broad and merciful way, trying always to find the humor. Reinhold Niebuhr said that “humor is a prelude to faith and laughter is the beginning of prayer.” So there. A real, bona fide theologian agrees with me, even though he’s dead now.

Here’s a rough schedule of what to expect on a day-to-day basis.

I’m not married to this schedule, and will abandon it many times in favor of an interesting news story or blog discussion, and because I get bored easily with routine. (Squirrel!) Hey, I already told you I’m a failed saint. I get a hall pass, and so do you.

In general, though, this is how Flunking Sainthood‘s week will go:

In the next few weeks, we’ll have interviews with novelist Donna Freitas and “new monastic” Jonathan Wilson-Hartgrove, reviews of new books by the Dalai Lama, Stephenie Meyer, and TLC’s Kate Gosselin, and weekly roundups of the Twible, a project where I tweet out a chapter of the Bible each day “in 140 characters or less . . . now with more humor!”

Good times ahead. Thanks for being part of it.

read next post
Another blog to enjoy!!!
archives most recent
More from Beliefnet and our partners
previous posts