Good-Bye, Lisbeth Salander: A Review of The Girl Who Kicked the Hornet’s Nest 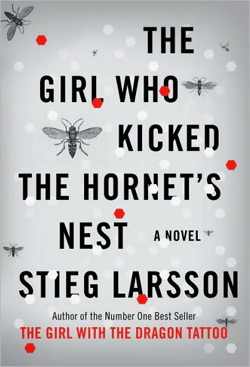 Apparently in Sweden, everyone who works in counter-intelligence drives a neutral-colored Volvo. Even when you’re engaged in international espionage, it’s vital to stay safe.

That’s one of a number of important lessons I learned from reading The Girl Who Kicked the Hornet’s Nest, the third in Stieg Larsson‘s trilogy of potboilers. Potboilers are important to publish in Sweden because apparently it gets quite cold there.

Those of you who have read my personal book review blog know that I was not crazy about the second book in this series, which was a testament to the importance of good editors. The first hundred pages had absolutely no relevance to the rest of the book. They should have been cut. Or better yet, put into a separate novella about “Salander’s lost months” so that the publisher could rake in a kajillion more kronor. But where was the editor? AWOL.

Thankfully, the third book is much better, even though the injured Lisbeth Salander doesn’t really get her mojo back until nearly halfway through the novel.

The pacing is (at least somewhat) faster, the characterizations continue to be better than you’d expect from a suspense novel, and the antisocial protagonist Salander is as fascinating as ever. What’s more, the novel jumps right in where the second one left off, with Salander bleeding at the farmhouse, Niedermann on the run, and a cast of bumbling detectives with interchangeable Scandinavian names trying to figure out what the heck just happened.

There’s one huge surprise in this novel, but what kind of reviewer would I be if I gave that away? It comes about a third of the way through the book and concerns a character whose name starts with Z.

The novel weaves a complex web of conspiracy theories that point to a secret organization within the heart of Sapo, which is like a blonder version of the CIA. And in case you’re wondering how this thriller relates to Flunking Sainthood and religion, um, well, just wait a moment and I’ll think of something. Aha! At the heart of the book are ethical questions about how far a government is empowered to go to protect its citizens, especially after the “special circumstances” that first justified secret organizations with broad powers are no longer relevant. The organizations themselves remain even when the imminent security threat is gone, because once people have gotten a taste of unlimited power, they are not ready to give it up. To what extent should such organizations exist in a democracy? Is it ever permissible for one citizen’s rights (in this case, Salander’s) to be grossly violated by the government? And how many Abba members does it take to screw in a lightbulb?

I’m bummed that there won’t be any more Millennium novels from Stieg Larsson, who died in 2004 after turning in the drafts for the three novels we’ve seen so far. (This probably explains the lack of editing. Death tends to hamper the revision process.) It’s especially sad when you realize that there are actually drafts of several other Lisbeth Salander adventures, but Larsson’s family and his common-law wife might be fighting about those rights in Swedish courts for years to come. So, until then, farewell, Salander. And please don’t light me on fire. i 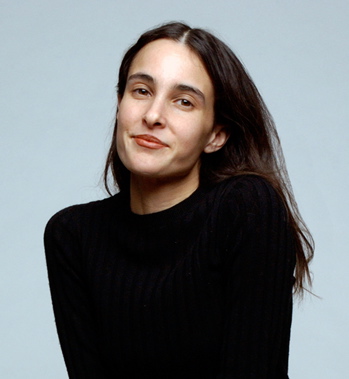