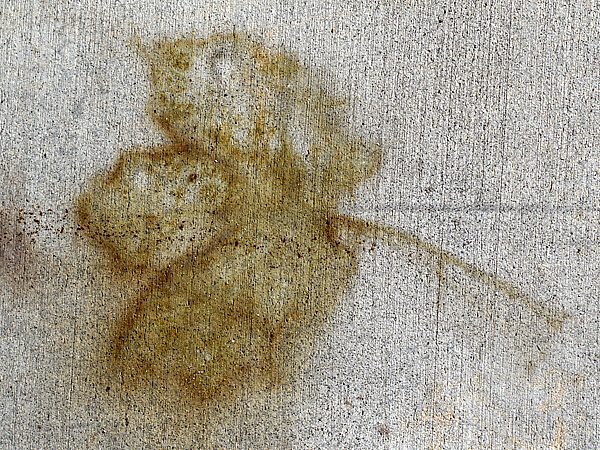 Another post from a reader: A Journey of a Lifetime

Being stranded at the bus stop in Rosendale more than 5,000 miles from home and a random act of kindness has led to an unbelievable journey for a SUNY Ulster student from the Republic of Azerbaijan.

When Gulnar Babayeva arrived in the Hudson Valley in 2008 off a Trailways bus from New York’s Port Authority with a large bag on wheels and directions on how to get to High Falls she never expected that she would attend college here and pursue her dreams of an art career.

But when her ride didn’t show to pick her up to take her to a summer job arranged for her at Camp Huntington, a special needs camp in High Falls, a chance encounter with a local stranger changed her destiny.

As she stood by a construction zone near the Route 32 Bridge in Rosendale and considered walking to her new job that was still miles away, Jo Shuman, a local judge’s wife and registered nurse, stopped to see if she was in trouble and needed help, thinking she could be a runaway American teenage girl.

After travelling for more than 17 hours and at first misunderstanding that the ride was the one arranged through camp, she accepted the ride from Shuman, RN.

“I had to take the risk,” Gulnar says.

A friendship was forged with Rosendale Town JudgeRobert N. Vosper and Jo with phone calls, weekend visits for dinner, emails and contacts via social media through the next summer when Gulnar returned to work at the camp again.

“It took a lot of courage for her to do what she did,” says Vosper, who saw the friendship with Gulnar as an opportunity to show the young woman what American family life was really like.

Pursuit of the Arts

After getting a taste of the arts for the first time at camp and loving it, the Vosper- Shuman family encouraged her to study art at the nearby community college and offered to host her, offers of generosity and kindness that Gulnar says she is eternally grateful for.

“Without Bob and Jo’s support I would not be here right now,” she says.

Gulnar had also earned a bachelor’s degree in American Studies from the Azerbaijan University of Languages in 2009, which she attended on a scholarship before coming to the U.S. She had considered pursuing a master’s degree in the UK and had been accepted to two colleges there. But her exposure to the arts at camp and the Vosper-Shuman family changed her direction. “I feel like I won the lottery,” she says of the opportunities that brought her to live and study in the Hudson Valley. “I believe I’m just lucky. I never thought I would end up here.”

Gulnar pursued two degrees at SUNY Ulster, earning her A.A. in Fine Arts: Visual Arts degree, in Fall 2011. She also decided to pursue a graphic arts degree to have marketable skills in an in-demand field and will complete her A.S. in Advertising Design and Graphic Technologies next semester.

Gulnar earned a near perfect 3.9 grade-point average all while working two jobs and an internship on campus and being active on campus and in the community, with an abundance of natural energy and enthusiasm.

“Gulnar is an excellent student,” says her professor,Iain Machell, Professor and Chair, Dept. of Art, Design, Music, Theatre & Communication at SUNY Ulster. “She willingly gets involved in leading any projects that interest her, with a strong passion for her studies and her fellow students at SUNY Ulster and the immediate community. I can’t think of any student who has got more from the opportunities we offer at SUNY Ulster.”

For her achievements, she has received the 2012 SUNY Chancellor’s Award for “Outstanding Academic Achievement and Contributions to the University Community” as well as SUNY Ulster President’s Awards for Excellence in Student Leadership in 2012 and Student Initiative in 2011.

To earn her way through college, Gulnar worked in SUNY Ulster’s Admissions office and at the Muroff Kotler Visual Arts Gallery and is currently an intern in Printing and Graphic Services on campus.

She also has been the art director and designer for SUNY Ulster’s Slate, Art and Literature magazine;Visual Arts Club President for almost two years;Student Admissions Ambassador; SUNY Ulster Mentor Success [SUMS] program participant (mentee); and a member of the Phi Theta Kappa Honors Society, who maintained her place on thePresident’s List during her studies. Gulnar also has volunteered at Rosendale Theatre, Redwing Blackbird Theater in Rosendale and Rosendale Recreation Center.

“She’s optimistic, energetic and eager to learn,” says Bob Johnson, Director of Printing & Graphics, who supervises her internship. “Her self-motivation is inspirational.”

Gulnar said her internship working on real-world projects has been an incredible opportunity where every day she learns something new.

In the past few years, she has had the opportunity to travel the U.S., including Albany, Washington, D.C., Los Angeles and San Francisco, and met more friends than she says she ever imagined having in Azerbaijan.

She feels fortunate to have found her way to an area where artists like herself gather and has fallen in love with the Hudson Valley that is vastly different from her home country located at the crossroads of Western Asia and Eastern Europe bordered by the Caspian Sea and Russia, Turkey and Iran.

“The quality of the education here is much better,” says Gulnar. “I never got to experience what I was learning. I only read books and studied. At SUNY Ulster, they let me think, analyze and create on my own.”

Gulnar has truly found a second home on the close-knit SUNY Ulster campus with her professors, and other faculty members and staff who support her and are readily available to answer any questions and help without hesitation. Working on campus also has provided her with flexibility for her studies.

“I love the people here,” she says. “I made the majority of my friends at SUNY Ulster, and I feel like SUNY Ulster is like my third family after my American and biological families.”

Bob and Jo consider Gulnar the daughter they never had after raising four boys of their own. “If I had a daughter, I would hope to raise one as strong and self-assured as Gulnar who knows what she wants,” Vosper says. “She is an example for other young women.”

And although her real family is across the globe, Gulnar stays connected through Skype with her parents and two sisters, and seeing their faces on the Internet regularly makes them feel close.

Gulnar also blogs for SUNY Ulster and for InternationalStudent.com, where she shares her experiences in the U.S. as a foreign student with other students around the world, and hopes to inspire students to study abroad and experience the best outside of their home country.

The next step on her journey is pursuing a bachelor’s and eventually a master’s in art, and practicing art either in traditional or in digital media as a full-time professional artist/designer.

If she had stayed in her own country, she says she would likely now be working in an office job with minimum wage pay. “That’s not the future I envisioned – it’s not bright enough for me,” she says. And while she worries about the cost of college, she’s confident she’ll find a way to meet her goals. “I have hope,” Gulnar says.

These days, Gulnar is still accepting rides but now they are from her newfound friends in the U.S. if they see her waiting for the bus to get to campus, and there’s no turning back from her dreams and academic aspirations for this student on the move.

Gulnar got a job as a graphic artist upon graduating and has been promoted several times! She became engaged to another student fro UCCC and they married after graduation!

I hope you’ll share your experiences and insights either here, as comments, or by emailing me your stories. If you send a story, please let me know whether you’d like me to post it with attribution or anonymously.