The Awakening Satyagraha of the Heart 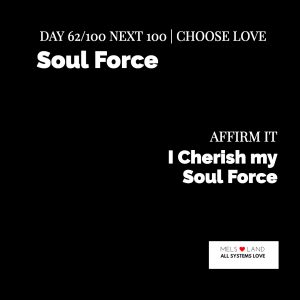 Listen to the soul’s energies and deepen your practice of knowing you are powerful beyond measure.
Next 100 | Day 62 | Soul Force
Connect to the force of your soul. Feel its unerring wisdom. Deepen your alignment. Take action.
Affirm It | Day 62
I cherish my soul force.
May your soul know its full power.
Love, Mel
Wisdom
The term is Satyagraha (a name Gandhi invented meaning “adherence to truth”) it seeks to eliminate antagonisms without harming the antagonists themselves and seeks to transform or “purify” it to a higher level. A euphemism sometimes used for Satyagraha is that it is a “silent force” or a “soul force” (a term also used by Martin Luther King Jr. during his famous “I Have a Dream” speech). It arms the individual with moral power rather than physical power. Satyagraha is also described as a “universal force,” as it essentially “makes no distinction between kinsmen and strangers, young and old, man and woman, friend and foe.”
## 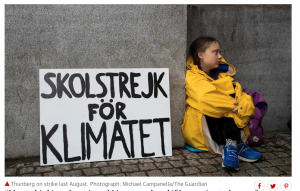 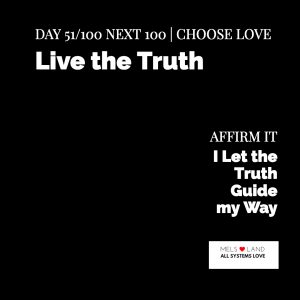 Live the Truth, Ignite the Field and Shine Bright.
archives most recent
More from Beliefnet and our partners
previous posts

Remain Awake As We Return to Love

People are feeling the pinch of their aloneness, the disconnection from family, friends community, going out to eat, experiencing calling with panic attacks, depressed vibes and worry.  Knowing we are in a transformative state actively helping our neighbors by staying home isn’t always a salve for what ails our nerves. Keeping the light of love […]

A magnificent celestial event is coming May 16, 2020. The ‘smiley’ moon will be with us in full force. First read these words in the ‘notes’ from the original Broadway production of Sondheim’s A Little Night Music an elegant musical in 3/4 time “the moon smiles three times, first for the young, who know nothing; […]