Here’s one of the more exciting stories I’ve seen in a while. One of the most common questions I get when the subject turns to interfaith relations is, “What about the people who don’t want to talk?” Well, it looks like those who don’t want to talk are suddenly talking to one another. A major new initiative is underway between Evangelical Christians and leaders of Muslim Arab states.
Look closely, and it’s not the grandfathers of the modern evangelical movement. It’s the next generation: Gordon Robertson, son of Pat and co-host of “The 700 Club”; Jonathan Falwell, whose father, Jerry, died in May; Paul Crouch Jr., whose father, Paul Crouch Sr., founded Trinity Broadcasting Network; and Joshua Youssef, son of Michael Youssef, an Egyptian-born evangelist. They are part of a new generation of leaders with a less confrontational style and more progressive political agenda.

The evangelical community is known for its support of Israel, and many of its most outspoken leaders, such as Pat Robertson and the late Jerry Falwell, have made incendiary comments about the Muslim world. But in recent months, an unusual rapprochement has begun between these two powerful communities, and the sons of some of those same pastors are participating.
Both sides have a lot to gain from a thaw. At a time when the evangelical leadership is seeking new outlets for influence, both domestically and abroad, it provides the possibility of an entree into the Arab world. For the representatives of the Arab-Muslim world, it offers the potential for improving relations with a previously hostile community as well as with Americans in general.
Whether this dialogue will lead to any concrete changes in an increasingly tense environment remains to be seen.
“These interfaith dialogues often take a long time to produce any tangible results,” said John Green, a senior fellow at The Pew Forum on Religion and Public Life. “The evangelicals have had similar dialogues with the Jewish community and with Roman Catholics. The impediments to cooperation between evangelicals and Muslims are much larger, but more understanding could have a much greater effect.”

Like so many social transformations — think of women in the workplace, interracial dating, even homosexuality — interfaith relations is so much more natural to younger people and will eventually become commonplace. 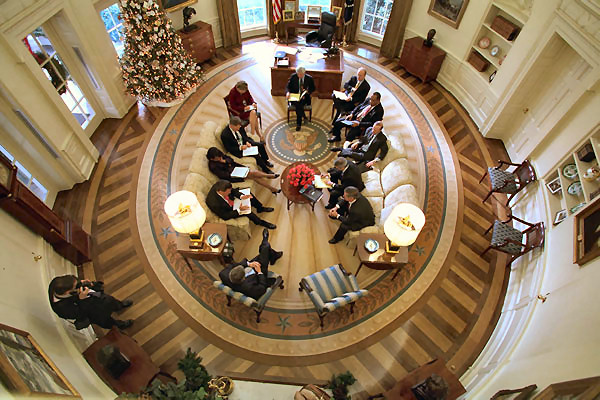