The Majority Of Scholars

There is a phrase I have been hearing a lot, which I have come to detest. “The majority of scholars agree that…” It is raised in bar rooms and classrooms, it comes up in discussions about every subject, at seemingly every level. It is a useless thing to say. 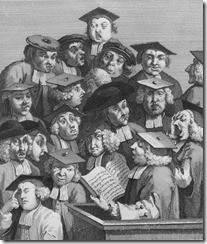 I understand why a person would be inclined to say this sort of thing. You are talking to someone who makes some claim about a academic discipline with which you have some familiarity, and you think they will benefit to know that when you studied it you were convinced of a particular view, and what’s more, you were wholly unimpressed with the view opposing it. You think the view is virtually unanimous among reasonable people.

And if you said THAT, it would be a fair thing to say, you think a thing is true, and you are informing your discussion partner of your opinion. But if instead you say “The majority of scholars agree with me” you are making several indefensible claims instead.

In order for that phrase to have meaning You would have to know a number of things you cannot possibly know. First you need a comprehensive list of scholars. You need to know who is a scholar and who is a pretender. You also need to know what each and every one of those scholars believe about the issue in question, or at least 51% if there is unanimous consensus. Finally, since you are presenting this to someone who apparently disagrees, you need to know how you are going to prove it.

You can’t possibly. I don’t care what issue you are discussing, scholars disagree with one another for a living. That’s what a scholar is, that’s how you get published. There is serious scholarly dissent about the existence of numbers, about the definition of the word “good” and about the nature of truth itself. How can you possibly claim a representative sample of them who agree that it’s true that a number of things are good?

“London is in England” would be a terribly complicated thing to claim scholarly consensus on. Which London?, which England? What is the nature of location? Should we be talking to Geographers or Political Scientists? What does “is” mean?

And by the time you have uttered this phrase, you are already facing an opposing claim, which means you are not trying to establish scholarly consensus on a phrase like “London is in England” but on a controversial phrase. And how does a phrase get to be controversial? Through controversy of course! Your discussion partner did not synthesize their unpopular idea out of thin air, no matter how dumb it sounds, they heard it somewhere. Chances are they heard it from someone who heard it from some “scholar”.

So you tip your hand to your own ignorance when you respond to controversy in this way. What you are really communicating when you say “The majority of scholars agree” is that the sample of scholars with which you are familiar seem to agree on a controversial issue, and you take that sample to be representative. The phrase comes to mean “I am biased in my reading and have only read scholars who believe this, but I expect you to believe that my perspective is the only one”

The only correct response is “No, thank you” 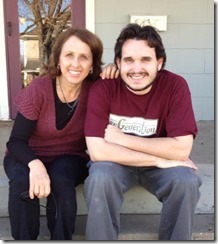