Earlier this week I wrote on awareness. I wasn’t terribly nice to the awareness industry. I beat up on it, I asked hard questions of it. I did it for a reason.

A while back an old friend by the name of David sent me a message about a sex trafficking documentary he wanted me to raise awareness for, and I let him have it! I wrote him about my concerns with the endeavor and suggested in no uncertain terms that he should consider throwing his support behind somebody who already gotten started.

He did something incredible.

He wrote me back! 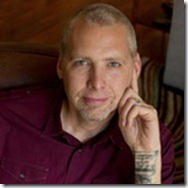 Hi Ryan. Thanks for your concern. All of the issues you have raised have been concerns of mine as well, and it’s great to know that others are thinking like this. For our first documentary (www.motherindiafilm.com), our budget was only $30,000, and I personally invested $10,000 of that. I’ll never see a penny of any profits. In fact, we haven’t seen one. The ministry that we interfaced with uses it as a fundraising tool, and if and when we receive money from the distribution company, 100% of it will go directly to that ministry (www.harvestindia.org). From my experience with the first film, there is very little money to be made through the second documentary. If any significant money comes in, it will be through the worship album, which will be sold for the benefit of Abolition International (www.abolitioninternational.org), and they’ll be heavily advertised in the process. In terms of the devotional/study guide, 50% of any revenues will be directed toward Abolition, who is focused on real-world action through their network of 30 after-care centers (25 of which are in the US). These are passion projects for me to help the organizations that we profile in a subtle way in order to ensure they are still documentaries and not advertisements. I make a living through my marketing business – not these films. Natalie Grant founded Abolition 7 years ago, and she now speaks about it at all her conferences and sits on the board. They are doing amazing things. In the film, we’ll be profiling the stories of freedom and hope that are emerging in 5 of their after care homes in 5 different US cities 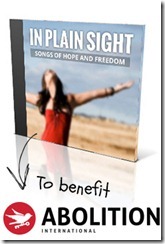 The film is called “In Plain Sight” and the website is www.storiesoffreedom.com

I’ve corresponded with David several times since this initial interaction, I kept asking hard questions, and I can say now with full confidence that this is the real deal.

And if you are involved in leadership of a church or college ministry and would like to do more, e-mail me and I can put you in touch with him directly about starting small groups and movements in your cities that will grow with the movie, from fund-raising, to showing the film, to multiplying the influence as we fund and empower shelters to put an end to slavery! 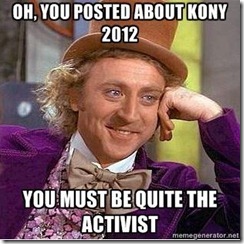 What shall I do with all this Awareness?
archives most recent
More from Beliefnet and our partners
previous posts

So one of the odd realities of having a blog about ministry is that there are a lot of things that come up worthy of reflection in my daily life, which really aren’t wise to talk about, especially not right then. I have talked about this before. So let’s circle back and talk about some […]

AMA | What You Were Raised to Believe

Today I answered a internet question challenging Christianity on the basis that we only believe this because we were told do when we were younger. Here’s my hot take: Does that really matter?

This One is Personal | AMA

As a pastor’s kid, I have extra pet peeves that some of you don’t worry about. This is one of them. We need way way more deep content for spiritually mature people, And I’m working on it.

How has it been over a week already?

Akkkk! It’s another blog about blogging! Seriously though, I JUST got back into updating things, and I wrote several articles and timed them to be released a week apart, I was AHEAD and now this is my first post in September. It’s incredible. What it looks like to build and keep a daily discipline and […]