Apologetics and its Miscategorization 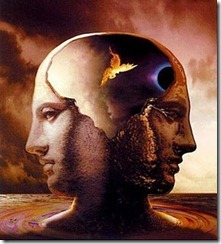 Generally speaking, the church tolerates apologetics nerds like myself. They acknowledge us, and withhold comment except perhaps to say something like “maybe you could teach a class or something sometime”

Believe it or not that’s a pretty good lot for us, comparatively. it wasn’t so long ago that we were all but forgotten, most Christians saw no use for apologetics whatsoever and it was treated with scorn if it was ever raised at all.

Giants of the faith that came before me like Alvin Plantinga have carved out a place for rational Christian discourse in academia and in our churches and earned apologetics a status as a “neat trick” rather than where it used to be; as an unhelpful practice that probably isn’t biblical.

But why?      Why did it take so much work and why does it remain on a back shelf even today?

I think the answer lies in it’s categorization.

Most Christians understand apologetics as something of an argumentative subset of evangelism. That is, they understand that there exist some individuals who reject the claims of Christ, and will only be converted if we find one of these apologicians to talk to them. (So we’ll keep some around)

Apologetics then takes on a status alongside “alter calls” and “bible tracts” and “Christian hardcore music” as one of the things a few people do to help bring people into the kingdom. The rest of us have nothing to do with it.

Apologetics has a function in theology. Our ability to understand the faith rationally and through evidence speaks to the sort of God we serve, a rational god who wrote the book of creation along with the book of scripture.

Apologetics has a function in Christology grounding Christ in a historical time and place and illuminating the resurrection as a dependable hook upon which our faith hangs. preventing Jesus from being washed away into some ethereal idea of a man that was said to have said some things.

Apologetics has a place in the practice of pastoral care, removing worries from the minds of individuals who struggle to fit the faith they were called to into the boxes we’ve given them. Introducing them to the freedom of rational inquiry.

It has a role in mission, in service, in liturgy, in soteriology, and perhaps it’s most important role of all, in worship. For we are called to love God nor only with our bodies and our souls but with our minds.

Do me a favor the next time you open a book, or listen to a lecture, or watch something to do with apologetics. Forget about evangelism for a minute, and be just a little bit selfish. Is there an idea here that could be helpful for you? Is there something enlightening or elucidating or fascinating for you personally that you don’t need to share with anyone else ever if you don’t want to. That’s doing apologetics.