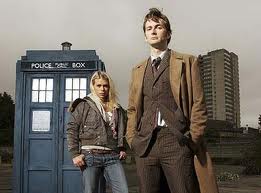 There is a delightfully geeky young girl I know who left a status on facebook several months ago which I took note of. It has persisted in my memory as one of my all time favorite status updates. It said:

“I want to go where the TARDIS is going”

I don’t think she realized when she wrote it, or even now, how deep that statement is.
If you’re not already familiar it’s a reference to the brilliant British Sci-Fi show “Dr. Who”. Which surrounds the enigmatic Time Lord known only as “The Doctor” who is in the habit of picking up geeky young girls to be his companion for a season or two as they travel through time and space in his TARDIS.
The TARDIS itself is a super advanced alien spacecraft disguised as a Police Box. it can go anywhere, and it can arrive there at any time. In past episodes it’s been to Cardiff to visit Charles Dickens at Christmas, and out to the very edge of the universe in the distant future. 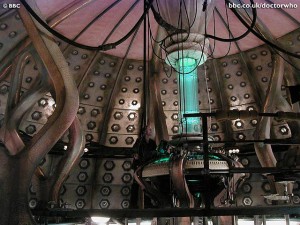 But the status update did not say “I want to be able to go to the edge of the universe” or “I wish I could time travel” it said “I want to go where the TARDIS is going” or, in other words “I wish I were a companion of The Doctor, traveling with him in his TARDIS, to whatever place in time or space it’s headed, regardless of where that is”

The Doctor’s companions often leave family and relationships behind. They risk their lives, and it’s not like the places they go are always nice. One spent a year traveling the earth on foot while caught in a timeline that caused an evil alien to take over the earth. Another companion is now stuck in a parallel universe.

And I get it. I feel the same way honestly (although The Doctor rarely travels with men) because anywhere, anywhen in the universe I end up, I know the Doctor is going to be there. So even if I get captured by Sontarans, or stuck on a asteroid headed for a black hole, I know that eventually he is going to save me, and it will all be alright. The Doctor has never lost a companion. 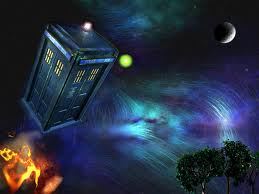 Perhaps more important than that, is the guarantee that wherever The Doctor is, there also is incredible adventure. Sometimes the TARDIS flies back to London in the present day. But one is certain that if that’s the case, then present day London will be the most exciting place in the universe to be, because a monster is sure to attack or something, and you and he will get to save the world from impending doom.

I think you can see where I’m going with this…. That’s the offer of Jesus: That as we travel to the very ends of the earth, he will be with us, he will protect us, he will be our friend, our guide, and our savior. And we are invited to join him, and help him on his epic quest to save the world.

As for myself, I want to go where the TARDIS is going. I want to ride the Millennium Falcon. I want to join the Fellowship of the Ring. And I want to be a disciple of Jesus 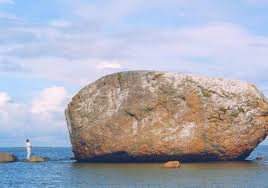