Marraige As The Last Resort 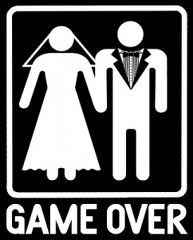 One popular mantra in christianity today is "What if Jesus really meant that"
It's a powerful question, when applied tho things like "Sell all you have and give to the poor" or "Judge not lest ye be judged" or "early in the morning while it was still dark Jesus went to a quiet place and prayed" Assuming that Jesus wrote the bible (as a functional member of the trinity speaking through the holy spirit to the biblical authors) the prospect of taking seriously some of the least popular elements of Biblical teaching is both dangerous and revolutionary.
But one verse I have never seen this applied to is 1 Corinthians 7. Let's take a look:

Now concerning the things about which you wrote, it is good for a man not to touch a woman. But because of immoralities, each man is to have his own wife, and each woman is to have her own husband. The husband must fulfill his duty to his wife, and likewise also the wife to her husband. The wife does not have authority over her own body, but the husband does; and likewise also the husband does not have authority over his own body, but the wife does. Stop depriving one another, except by agreement for a time, so that you may devote yourselves to prayer, and come together again so that Satan will not tempt you because of your lack of self-control. But this I say by way of concession, not of command. Yet I wish that all men were even as I myself am. However, each man has his own gift from God, one in this manner, and another in that.
But I say to the unmarried and to widows that it is good for them if they remain even as I. But if they do not have self-control, let them marry; for it is better to marry than to burn with passion.

Oh That's right! I'm here to make friends with this one!
What if the bible, really means what it says here? Are we even willing to admit that's a possibility?
I think it is. and I think that though understanding it may require an asbergers-level ability to ignore social norms,this passage may be the most romantic thing ever written into any holy book.
"Don't get married" says Paul "Unless you absolutely have to, then go ahead" he then goes on to say "And then have lots of sex"
It reminds me of that scene in "A Beautiful Mind" where Nash is trying to hit on a girl, and he's a mathematical genius but he just can't figure out how to talk to women so he ends up saying

I don't exactly know what I am required to say in order for you have intercourse with me. But could we assume that I said all that. I mean essentially we are talking about fluid exchange right?

Husbands, try this line with your wife tonight:

"Well Honey, I need it!… So Satan won't tempt me for my lack of self control"

tell me how it goes
…But if we can ignore the social akwardness that this writing presents to our culture and consider the meat of the point, it's actually very good… It's more than good, it's beautiful.
I wrote in my last post that when my car died it felt similarly to when my past relationships ended. Well apparently I wasn't authentically in love with those girls!!! Hopefully if there's a woman out there for me, I'll care about her more than my truck! That's the one you marry.
"Wait until you can't bear it any more, Until you can't live without her when the thought of being apart makes you feel as if you're on fire… well then at that point, 'it's better to marry than to burn"
Do you think it's "true love" because you cried when she dumped you and "You never cry". That's nothing. Maybe when you can't breathe, then we're ready to start thinking about marriage.
But absolutely not before.