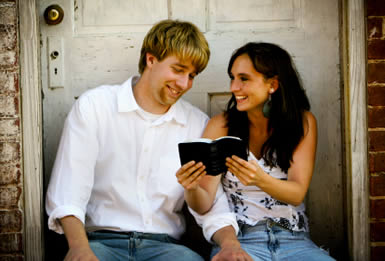 I feel, that in the church in particular dating has become terribly overcomplicated to the great detriment of many of our relationships. For the sake of all Men, I’d like to make a few things clear

-The bible has passages that apply in virtually every situation, but it has nothing specific to say about dating. Don’t tell me it does, they didn’t have dating back then. Any idea you’ve developed from scripture about how dating ought to be done is subject to interpretation.

-Despite being a man, and the future spiritual leader of a household, I am regrettably unable to project the will of God for the rest of our lives by the first date. I’m sorry, I just don’t know, That’s what dating is for, if I knew who God wanted me to date, woo and marry. I’d just let her know and marry her

-Interpersonal relationships, especially romantic ones are very complicated and unique. When we find ourselves in an awkward and complicated position that seems sort of romantic, don’t ask me to “Define The Relationship” if you don’t have a word for what kind of relationship it is neither do I, we’re figuring it out, drink your coffee!

-Some relationships however are easy to define. For instance: If you like a boy, and he likes you, you two spend inordinate amounts of time together, talk about your feelings, make plans to go places alone together, and leave groups to go hang out just the two of you, there’s a word for that. It’s called “dating” It doesn’t make it more somehow more holy if you call it just being friends, there’s a word for that too “lying”.

-Nobody has ever been able to explain to me how a relationship that can be terminated at any time for any reason by the single consent of either party can be considered “committed”. There are only two kinds of committed romantic relationships I know of. One is marriage, and the other is the period that comes just before that after I promise to marry you called “Engagement” You’ll know if you’re in either. There will be a ring.

-The word “courting” seems to change definition depending on which Christian girl I’m talking to. But I’m pretty sure whatever it is I’m not interested. Either it’s essentially the same as dating, or the same as engagement, only more Christiany… Please refer to This Post, on how changing things to make them Christian is an ancient heresy.

-You do not ever owe a man anything for spending money on you, that is his choice. Prostitution is illegal in this country, If a man expects something in exchange for dinner he deserves to be both disappointed and dumped. More than likely however, you’re just over thinking it, If a christian guy asks to take you to dinner, that’s probably exactly what he wants, just smile and enjoy the free dinner, it it turns out he wanted anything other than your company it’s his stupid mistake.
Did I miss anything?

read next post
Good Doctrine, and Salvation
archives most recent
More from Beliefnet and our partners
previous posts

Often people assume that because i am a “Man of God” (their words not mine) I therefore must have a certain political affiliation. And therefore a certain opinion on things that matter to them, like environmental protection and LGBTQ rights. The truth is, that as a Christian, I think it is extremely important to not […]

I love me some Dave Bautista. That shouldn’t really surprise anyone, he is very loveable. He does a great job in physical roles as well as comedic ones, and doesn’t lack in dramatic chops when they are called for. So I was really ready to see My Spy when it came out, and I hope […]

I want to talk for a little bit about the dumbest part of the conversation around Faith and Reason. The “Burden of Proof”. That’s the question, of who it is, in a given debate or conversation, that is required to support their ideas with evidence, and who holds the “default” position. It comes up in […]