Not Exactly My Fault

I was going through 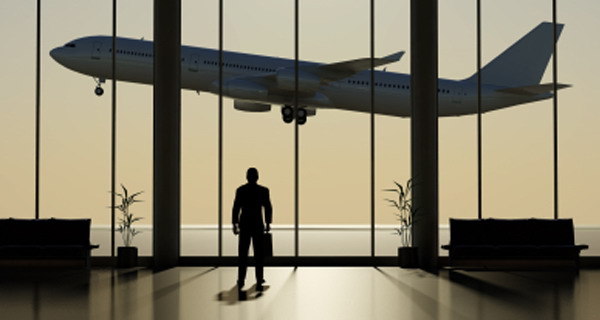 my phone tonight. Particularly the notepad app where I store little tidbits of information that I don’t want to write on scraps of paper lest I lose them. Contact info, driving directions, ideas for books, those sorts of things. Once in a while I write down a lesson I’ve learned or a thought to ponder, so as I went through my phone tonight, I got an opportunity to remind myself of things of some life lessons I’d forgotten.

One note I found was about a time a little over a year ago when I was at the Dallas airport with Don, on my way to a gathering of evangelists who specializes in apologetics so see if I might have a future in their organization. Don was, and persists to be one of the kindest and most sanctified men I have ever known, and he had mentored me for a year or so in his ideology of ministry, this trip was a sort of a culmination of that.
As we were waiting for the layover in Dallas I got myself distracted and lost track of time. When I eventually returned to the Gate, Don was there waiting for me, with a smile on his face, to inform me that I’d missed my flight, and that he had waited so I wouldn’t have to fly alone. Then he rescheduled our flights and took me out to dinner.

That however, despite being awesome, is not what the note was about. I had written it down to remind myself how I felt afterwards, as we continued to travel. It was a tremendous amount of personal responsibility.

I had caused Don to miss his flight, and in so doing, I sent us into a contingency plan, after that, No matter what went wrong, I felt it was at least partially my fault. If I hadn’t of missed the flight we wouldn’t even be here.

And I realized. Isn’t that always the case? No matter what you do or where you are, or what goes wrong in your life, In some ways it was only able to happen because of you and the choices you’ve made to impact the world. If things were different, things would be different.

In my phone The line in the note said:

What a lesson! How often am I accused of something falsely and I curl up and get defensive and look at everything else that caused it. The fact is everything might have been different if I had done different things, and I can own that. And if there’s even a low percentage of responsibility that’s mine, well then I have to admit that if that percentage weren’t there, it probably wouldn’t have happened.

Now I can say it “I’m sorry about that”

I got out of a relationship a few months ago and I was totally exhausted. My girlfriend and I had been fighting to make it work for months, and both of us are really good at fighting. She became generally unsatisfied with me and I felt there was nothing I could do to change that. Anything she asked me to do or change or improve about myself that I succeeded in doing, in my mind only reminded her of 10 more things she needed fixed about me.
As a result when it finally ended, I got this breath of fresh air and self justification. I felt, and with considerable support, that she was simply unsatisfiable, and that no matter what I did to please her it would not have been enough. After all I had bent over backwards in many ways and it didn’t seem even to help, let alone solve, the problem.

I felt perfectly justified to say “It’s all her fault. If she would have been satisfied by anything I would have found it, I would have climbed any mountain for her, but even if I had she would have just coldly told me that she wanted me to climb a bunch more. There was nothing I could do, It’s her!”

There was another note in my phone tonight.

Those were her favorite flowers.

There was a time in our relationship (or, as happens to be the case, a time just before our relationship) when I was so enamored with her and excited to surprise and please her, that when I happened to overhear her mention her favorite flowers I wrote it down so I wouldn’t forget.

Shoot man. I barley got her flowers at all near the end. When I did I got her regular roses. She liked garden roses, with the vines. I forgot!

Something somewhere in me that was there in the beginning of the relationship left. I stopped caring enough to surprise her with flowers. I started to feel imposed upon by her.

And it’s true that forgetting about flowers, that my losing that lovin’ feeling isn’t what finally killed the relationship, but it’s also true that if things were different, things would be different.

Freeeeeedom!
archives most recent
More from Beliefnet and our partners
previous posts