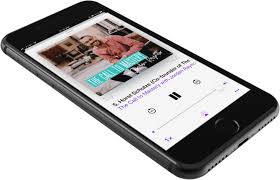 Timeless advice. In Part 1 and Part 2 of my conversation with serial entrepreneur and Call to Mastery podcast host Jordan Raynor we talked in depth about the time-management advice in his insightful new Redeeming Your Time: 7 Biblical Principles for Being Purposeful, Present, and Wildly Productive (WaterBrook). Those rules being:

1. Start with the Word: Find meaningful connection with the author of time daily.2. Let Your Yes Be Yes: Accept only the commitments you can fulfill.3. Dissent from the Kingdom of Noise: Create room for silence, stillness, and reflection.4. Prioritize Your Yeses: Confidently maintain your commitments.5. Accept Your “Unipresence”: Focus on one important thing at a time.6. Embrace Productive Rest: Live the God-designed rhythms of rest which are productive for our goals and souls.7. Eliminate All Hurry: Embrace productive busyness while ruthlessly eliminating hurry from our lives.

As our conversation concludes he goes a deeper, covering what he calls The Five Enemies in the Fight for Depth and The Dark Side of Discipline.

JWK:  What do you mean when you talk about The Five Enemies in the Fight for Depth?

Jordan Raynor: So, let’s define “depth” real quickly. My friend Cal Newport wrote a great book years ago called Deep Work which I love – the idea of being able to focus intently on one important task at a time while you’re at work. I would argue we need to extend that definition. We don’t just care about deep work, we care about a deep life. So, whether it’s at the office – being fully focused on one important thing at a time – or at home, we want to be fully focused on our kids and our spouses, right? Regardless of where you’re trying to achieve depth there are these five enemies that are fighting back against this.

The first one’s the most obvious – External Distractions: our phones, push aggregation, whatever. That’s Enemy Number One but we gotta to recognize the four other enemies that are internal.

Number Three, the third enemy is Quick Highs – checking Instagram to see if we have fewer likes, authors checking their Amazon bestseller ranking. I’ve heard authors do this, can’t confirm. These are quick highs. They’re crack stats. We’re looking for dopamine hits throughout our day that distract us from the deep work we need to do at work and at home.

Number Four, the Savior Complex. I hear a lot of people complaining about how people are emailing them all day of how they’re texting them all day. I think there’s somewhat of a Savior Complex in there. It makes us feel needed, right? All of these people in my life need me and they need me urgently. While some of that might be true, most of it’s not. It’s just a Savior Complex that we’re putting on ourselves.

Finally, the fifth enemy in our fight for depth is what I call Makeshift Omnipresence. Again, going back to our conversation about unipresence, we keep falling for the lie that our intention can be in multiple places at once. It’s impossible. I don’t have to cite the studies. There is sooo much data that shows us this is impossible and yet we keep trying to believe that we’re the exception to the rule. We’re not. Jesus wasn’t the exception to the rule. He was unipresent. We gotta be too. We gotta fight back against that Makeshift Omnipresence and those other enemies in our fight for depth.

JWK: In the epilogue of your book you write about The Dark Side of Discipline.

For me, there are two things that happen in which I know I’ve crossed over into the dark side of discipline. Number One, I’m unable to extend grace to others who are less disciplined than me. You know, if somebody shows up late to a meeting or drops a ball on a project, I’ll never say it explicitly but there are times when internally I can be seething with a self-righteous anger…We can’t forget, John, that everything we have – including our ability to be disciplined – is a gift of grace, period. It has nothing to do with us. (Understanding) that helps me extend grace to others.

The second sign that I’ve crossed over into the dark side of discipline is when I’m unable to extend grace to myself. I could be really hard on myself if I don’t complete my to-do list for the day or I only did two hours of deep work instead of four or I only get six hours of sleep instead of my coveted eight. You get the point, right? Here again the solution is in the Gospel. It’s reminding myself that I am secure no matter what.

I’ll close out this question with a brief story that I think illustrates this really well. Every night before I put my kids to bed – I got young kids, a seven-year-old, a five-year-old, a two-year-old, all girls – I’ll look them in the eye and I’ll say “Hey, girls, you know daddy loves you no matter how many bad things you do.” They say “Yeah.” I say “You know I also love you no matter how many good things you do.” They say “Yeah.” I say “Who else loves you like that?” And they say “Jesus.” We’ve got to hear the same thing spoken over us over our work in our attempts to be productive. The God of the Universe died for you when you were His enemy. He loves us regardless of how productive or unproductive we are. That’s what enables us to extend grace to ourselves and say on the right side of discipline.

JWK: Finally, I notice the sort of catchphrase on your Instagram page talks about helping people connect the Gospel to their work. How important is it to connect your work for your faith?

JR: I think it’s everything because, John, I think there are so many people in this world going to places  like where you worked – Cartoon Network, whatever – and believing that that work cannot be ministry. The message I’m championing until the day I die is that is a bold-faced lie. Before God tells us anything about His character – before He tells us that He is loving or holy or omnipotent or merciful – Genesis 1 tells us that we worship a God who creates, a God who works, a God who is productive. There is no more glorified inauguration of work than that. He wasn’t preaching. He wasn’t evangelizing. He was just making things – good things for the good of others. That gives great dignity to the work that all of us do today.

JWK: I totally agree with that. When I was adapting those Ben 10 and Generator Rex episodes into novels for kids what I found most rewarding about it is that the stories actually had positive and uplifting messages for them.

JR: And that is good in and of itself. That’s what I want people to understand. My first children’s book is coming out in April with WaterBrook and it’s basically that message in 400 words. It tells the Creation account but we get to Day 6 in like five spreads, real quickly. (Then we) tell the reader – tell these little kids – hey, you think this Story of Creation is over. The story’s just beginning. On Day 6, God passed the baton to you and said “Go create like Me and fill this blank canvas that I set up for you.” So, it’s trying to inspire kids that the work they do at school and later in life is not just good. It’s God-like.

JWK: Sounds good. Do you have a title for it?

JR: The Creator in You.

JWK: Maybe we can talk again when that comes out.

JR: That would be awesome. Let’s do it!

Note: Redeeming Your Time: 7 Biblical Principles for Being Purposeful, Present, and Wildly Productive (WaterBrook) is available wherever books are sold. For more on Jordan Raynor, checkout his Call to Mastery podcast and his website. He’s also on the aforementioned Instagram, as well as  Facebook and Twitter. His upcoming children’s book The Creator in You is due on April 5th.
___

The King Richard bible. It seems apropos that this just-dropped trailer featuring Will Smith in the title role follows the conversation above as it tells the true story of Richard Williams (Smith), a devoted dad who did the “deep work” of developing and following a 78-page plan/bible to ensure that his daughters, Venus and Serena, were empowered to realize the full extent of their tennis talents. No need for a spoiler alert to note that he was awesomely successful. I’m told the film leans heavily into the positive value and power of faith. The Warner Bros. release is slated for U.S. release in theaters and on HBO Max‘s premium ad-free plan on November 19 and on standard HBO Max a month later.

Encourage one another and build each other up – 1 Thessalonians 5:11
read next post

Here’s the latest from the crossroads of faith, media & culture: 08/12/22 Bream job. Fox News Channel has named Shannon Bream as permanent host of Fox News Sunday. Bream, who will officially take the chair on September 11th, will be the 26-year-old program’s third host (following the late Tony Snow and Chris Wallace who is […]

Here’s the latest from the crossroads of faith, media & culture: 08/10/22 Pure Flix Entertainment, the faith streaming division of Sony AFFIRM Films, has named Loren Schwartz as its Chief Marketing Officer. He will oversee the day-to-day management of Pure Flix’s worldwide marketing efforts and report directly to Pure Flix CEO Michael Scott and COO […]

Here’s the latest from the crossroads of faith, media & culture: 08/08/22 Fearful flights. At a Passover Seder years ago, an elderly woman approached author Adria Bernardi about her own exodus as a child from Armenia during its tragic genocide.  Since then, more people than Bernardi can count have pulled her aside and entrusted her with […]

Here’s the latest from the crossroads of faith, media & culture: 08/05/22 Amazon Prime Video drops two family-friendly movies today. The Jo Koy-starring comedy Easter Sunday and the Ron Howard-directed real-life drama Thirteen Lives should keep your sofa occupied as you stay inside over what looks to be a hot and wet weekend for much […]