Are UPtv and Fox Nation offering great Christmas programming this year? Yule by the judge of that. 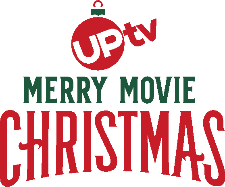 UPtv V.P. of Content Strategy & Programming Hector Campos says “Christmas on UPtv expands every year and, I’m thrilled that in addition to having more premiere movies than ever before as part of our holiday offering, we also have a brand-new series, Small Town Christmas, that focuses on the heart and magic of Christmas celebrations in small towns across the U.S….Our collection of diverse Christmas stories can all be tracked on the My UPtv Movies App for the best viewing experience for Christmas movie-lovers who don’t want to miss any new premieres or airings of their favorite films from over the years.”

The My UPtv Movies app is available for to download and allows viewers to learn more about upcoming movies on the network, watch movie previews and request personalized showtime alerts. Meanwhile, here’s a list of this year’s UPtv holiday offering.

A Royal Christmas Engagement – Saturday, Nov. 6 at 7 p.m. ET (Cable Premiere) Lauren, a hard-working advertising executive, begins to fall for Paul, a consultant she has been paired with to land a big account for the upcoming holiday season. Unbeknownst to Lauren and everyone else, Paul is actually Prince Edward Charles, European royalty in disguise as a commoner. Stars: Paige Bach, James Nitti, John Schneider

Christmas with a Prince: The Royal Baby – Sunday, Nov. 7 (World Premiere) The third movie in the Christmas with a Prince franchise. Happily married and expecting their first child, Princess Tasha and Prince Alec are settling into their lives as royals with lots of love and lots of humor. When it’s announced that the Prince must set off on a Royal Tour, Tasha insists on accompanying him, even though she’s incredibly pregnant, much to the dismay of the King. Things are going smoothly until a complication forces Tasha into bed rest for the remainder of her pregnancy. Knowing that the baby must officially be born on San Saraze soil, the team must scramble to figure everything out before the royal blessing arrives. Stars: Kaitlyn Leeb, Nick Hounslow, Josh Dean, Charles Shaughnessy

A Snowy Christmas – Saturday, Nov. 13 at 7 p.m. ET (World Premiere) Unlucky in love city lawyer Kelly Mitchum returns home to spend Christmas with her family. As she dreams of finding her perfect man, she meets handsome contractor Forrest Newell – and he ticks all the boxes! Now, with her family’s home at risk of demolition, will Forrest be able to help? And will the magic of Christmas be enough to save it? Stars: Elysia Rotaru, Damon Runyan

Snowed in for Christmas – Sunday, Nov. 14 at 7 p.m. ET (World Premiere) Kaley, a young Au Pair, finds herself unable to return home for the holidays when a snowstorm derails her plans. In spite of her own disappointment, she is determined to teach the girls she watches, alongside their charming Uncle, the magic of Christmas. Will this series of events lead to a perfect Christmas? Stars: Kayla Wallace, Jeremy Guilbaut

Mistletoe & Molly – Saturday, Nov. 20 at 7 p.m. ET (World Premiere) Waitress and animal lover, Molly Bishop is desperate for a holiday miracle. Broke and needing major car repairs, she’s counting on a big career opportunity to come through before the holidays – without using her family’s name to get there. But when handsome cafe regular and do-gooder Aiden Ford starts to meddle in her life, Molly will have to figure out if it’s too much or just the holiday miracle she needed. Stars: Eden Broda, Zach Smadu

Christmas on 5th Avenue – Sunday, Nov. 21 at 7 p.m. ET (World Premiere) Eve, A Christmas loving professional wish granter, takes on the task of decorating the high-end condo for a reclusive writer who is spending the holidays out of town. But when the handsome writer turns out to be home for the holidays after all, Eve will have to pull out all her tricks to make him fall in love with Christmas all over again – and maybe find romance along the way. Stars: Kathryn Davis, Olivier Renaud, Kate Vernon

GilMORE the Merrier ultimate Gilmore Girls binge-a-thon
Monday, November 22 at 10 a.m. ET – Sunday, November 28 at 3 a.m. ET
GilMORE the Merrier, UPtv’s annual seven-day Gilmore Girls binge-a-thon of all 153 episodes plus the four movies, is back and bigger than ever with a promotional campaign that reunites series favorites, Keiko Agena (Lane Kim) and Todd Lowe (Zack Van Gerbig). This year, the actors return to the Warner Bros. Studio lot to relive some of their most memorable moments within the popular series. Appearing at iconic landmarks, including the famous Stars Hollow gazebo and Luke’s Diner, Agena and Lowe share behind-the-scenes stories in exclusive interviews. Their custom vignettes will air during the marathon, along with watch and win trivia questions, special series recaps of all seven seasons, and pop-up trivia sprinkled throughout all four of the Gilmore Girls: A Year in the Life movies.

Christmas Under the Stars – Saturday, Dec. 4 at 7 p.m. ET (World Premiere) Christmas blogger and aspiring photographer Hannah Reed just got the assignment of a lifetime; visit a charming town and Christmas wonderland called Christmas World in Alaska which will allow her to photograph the Northern Lights and maybe finally get published in her favorite nature magazine. With her Christmas loving Aunt Lucy in tow, Hannah arrives in Christmas World expecting magic and instead is greeted by a sadly decorated town on its last leg. Desperate to get the photographs she needs, Hannah strikes a deal with the heir apparent of Christmas World in exchange for a locals insight into the best places to photograph the lights. The two set out to turn Christmas World around, but will they find something even more magical along the way? Stars: Madeline Foley, Steve Belford, Jayne Lewis, Vanessa Smythe, Bill Lake, Kym McKenzie

Christmas in the Rockies – Saturday, Dec. 11 at 7 p.m. ET (World Premiere) After her father is hurt in a timber accident, Katie Jolly must enter a lumberjack competition to save her family’s business. But when the paramedic who saved her dad’s life also joins the contest, a romance sparks just in time for Christmas. Stars: Kimberly Sue Murray, Stephen Huszar

Fixing Up Christmas – Sunday, Dec.12 at 7 p.m. ET (World Premiere) Known as a “fixer” for difficult clients, a talented party planner must help a young CEO plan the Christmas party of the year to dazzle the mayor and save his company. Will the “fixer” fix something more than just the company? Stars: Natalie Dreyfuss, Marshal Williams

Christmas Together – Sunday, Dec. 19 at 7 p.m. ET (Cable Premiere) A woman leaves New York for LA after a break-up and falls in love while renting the guest house of a young father. Stars: Vivica A Fox, Anna Marie Dobbins, Marc Herrma

Meanwhile, the subscription-based Fox Nation officially launches is holiday season on Thanksgiving. The streamer is again dipping its toe into original scripted entertainment with the films Christmas in the Wilds and Romance in the Wilds, both produced by Brain Power Studio in association with INSP Films. A third film, Christmas in the Pines, produced by INSP Films, is also on the holiday menu.

Romance in the Wilds features Kaitlyn Leeb and Victor Zinck Jr. as a forest ranger and a geologist brought together by a deadly wildfire that, you guessed, also ignites romance. Christmas in the Wilds tells the story of a new couple taking on the uncharted wilderness in hopes of spending their first Christmas together. Christmas in The Pines, starring Jillian Murray (Code Black) is about a writer and an architect battling over ownership of an idyllic cottage who soon realize… Well, you get the idea.

Additional holiday fare will include the 2014 film An Evergreen Christmas starring the late Robert Loggia and country music star Naomi Judd. FYI, Fox Nation is also launching a special holiday promotion of 35 percent off of all one-year subscriptions with the code “Celebration.”

Here’s a list of some of the other offerings on the Fox Nation holiday slate.

read next post
TV Review: "Colin in Black and White" kicks off on Netflix this Friday (10/29)
archives most recent
More from Beliefnet and our partners
previous posts

Here’s the latest from the crossroads of faith, media & culture: 05/16/22 https://www.youtube.com/watch?v=dDd0odUejB0 In Jesus and Women: Beyond Feminism, theologian and mother of two Niamh M. Middleton says understanding Jesus’ teachings on sexual equality lights the way forward for society today while greatly enrich our understanding of His divinity. JWK: You are a theologian and […]

Review: "The Matter of Life" reveals information you're not supposed to know about abortion + A conversation with director Tracy Robinson

Here’s the latest from the crossroads of faith, media & culture: 05/13/22 The Biden Administration’s response to a shortage of baby formula: More abortions! Who says they don’t understand supply and demand. I exaggerate (slightly) but the official reaction to both the events following the recent leaking of a Supreme Court draft decision indicating that […]