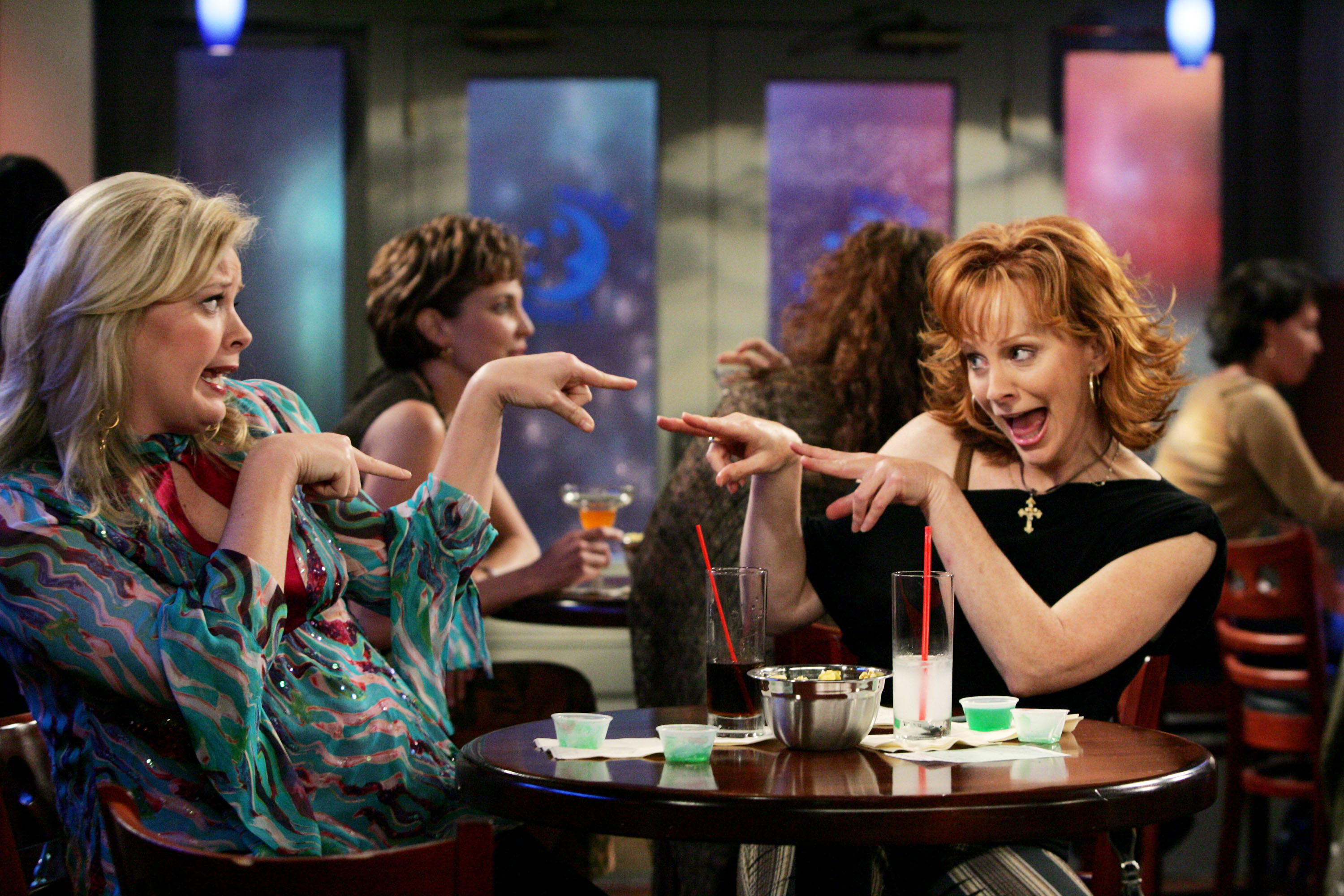 Reba turns 20.The popular sitcom (currently seen on UPtv) starring country music superstar Reba McEntire is celebrating the 20th anniversary of its debut. To mark the event, McEntire and her co-star Melissa Peterman will be participating in a Facebook Live presentation hosted by syndicated radio host Kelly Sutton. The event will be simulcast tomorrow via Reba’s and UPtv’s Facebook pages tomorrow from 6:00 PM to 6:45 PM (ET). October 5th is 20 years to the day since the show’s debut on the now-defunct WB Network.

Wendy McCoy, senior vice president of marketing at UP Entertainment, says “We are elated to have the entertaining and always fun pair of Reba and Melissa Peterman participating in a Facebook Live as we celebrate 20 years of the beloved series, Reba…and to bring fans this chance to reminisce and hear from two of the stars themselves, is incredible. We have some surprises planned for the Live event so be sure to join us on Facebook @UPtv at 6 p.m. ET.” Reba airs Mondays – Thursdays at 7:00 PM (ET) on UP.
__
Netflix unveils new trailer for tick, tick…BOOM! The feature film directorial debut of Pulitzer Prize and Tony Award winner Lin-Manuel Miranda is set to pop on the streamer and in select theaters on November 19th. The much-anticipated film starring Andrew Garfield (Hacksaw Ridge, The Amazing Spider-Man) is an adaptation of the autobiographical musical by Jonathan Larson, creator of the major Broadway hit Rent. The movie tells the story of Jon (Garfield), a young theater composer who’s waiting tables at a New York City diner in 1990 while writing what he hopes will be the next great American musical. Days before he’s due to showcase his work in a make-or-break performance, Jon is feeling the pressure from everywhere, including his girlfriend Susan who dreams of an artistic life beyond New York City and his friend Michael who has moved on from his dream to a life of financial security. Meanwhile, the artistic community is being ravaged by the AIDS epidemic. With the clock ticking, Jon is at a crossroads and faces the big question everyone must reckon with: What are we meant to do with the time we have?

Encourage one another and build each other up – 1 Thessalonians 5:11
read next post
National Faith & Blue Weekend to sow seeds of understanding between cops and the diverse communities they serve
archives most recent
More from Beliefnet and our partners
previous posts

Here’s the latest from the crossroads of faith, media & culture: 05/20/22 Power to the People. As noted here Wednesday, this is the week of the Upfronts, the annual rite when the traditional broadcast networks and now streamers unveil their wares for the upcoming (2022-23) TV season. People can argue about the differences between broadcasters […]

Here’s the latest from the crossroads of faith, media & culture: 05/16/22 In Jesus and Women: Beyond Feminism, theologian and mother of two Niamh M. Middleton says understanding Jesus’ teachings on sexual equality lights the way forward for society today while greatly enrich our understanding of His divinity. JWK: You are a theologian and a […]

Review: "The Matter of Life" reveals information you're not supposed to know about abortion + A conversation with director Tracy Robinson

Here’s the latest from the crossroads of faith, media & culture: 05/13/22 The Biden Administration’s response to a shortage of baby formula: More abortions! Who says they don’t understand supply and demand. I exaggerate (slightly) but the official reaction to both the events following the recent leaking of a Supreme Court draft decision indicating that […]