Chronicles of Lewis. A new film following the spiritual journey of the author of the beloved fantasy novel series The Chronicles of Narnia releases as a special event in theaters nationwide on November 3. Directed by Norman Stone (BBC’s Shadowlands, The Narnia Code), The Most Reluctant Convert: The Untold Story of C.S. Lewis stars Max McLean (Mark’s Gospel, The Screwtape Letters) as the middle-aged writer looking back on the events that moved him from vigorous debunker of Christianity to become arguably the most influential Christian writer of the past century. The actor says “This story has a remarkable ability to engage audiences regardless of their religious belief. Lewis applied his formidable and self-deprecating wit to engage audiences about his own trying and painful experiences.”

The film, adapted by McLean, is based on the hit U.S. play C.S. Lewis on Stage: The Most Reluctant Convert. Before the pandemic, the show had been performed 287 times in 64 cities and on college campuses since its 2016 premiere. With extended runs in New York, Chicago and Washington, D.C. The Most Reluctant Convert has been seen by more than 100,000 people. The play and the film are based primarily on Lewis’ memoir, Surprised by Joy, which is licensed from The C.S. Lewis Company.

The movie introduces Eddie Ray Martin as the childhood Lewis who loses his mother to cancer and then renounces his faith. Nicholas Ralph, star of the PBS Masterpiece hit All Creatures Great and Small, plays Lewis as a young man who has a terrible relationship with his father before as he heading off to witness the waste of human life while in the trenches of France during World War I. It was there that he concluded “either there was no god behind the universe, a god who is indifferent to good and evil, or worse, an evil god.” Yet, Lewis could not really accept the materialist view that meaning, rationality, or purpose, were just the accidental results of physics and biochemistry.

Lewis later becomes a fellow at Oxford University. He went on to become one of the 20th century’s great thinkers as he battles with his demons and, ultimately, finds faith. The film explores the impact his notable friends J.R.R. Tolkien (played by Tom Glenister of Doc Martin and Vera), Hugo Dyson (played by David Shields of The Crown and Doctor Who) and Owen Barfield (played by Hubert Barton of Jekyll & Hyde and Deep Blue Sea) had on the dedicated atheist as he was forced to question his own disbelief. Worldwide, Lewis books have sold nearly a quarter of a billion copies.

The drama was filmed in 18 locations in and around Oxford, England. The film is produced by Fellowship for Performing Arts in association with 1A Productions and distributed by Trafalgar Releasing. Executive producers are Matthew Jenkins (Murder on the Orient Express) and Ken Denison (The Lion King – Broadway). Tickets go on sale today here. 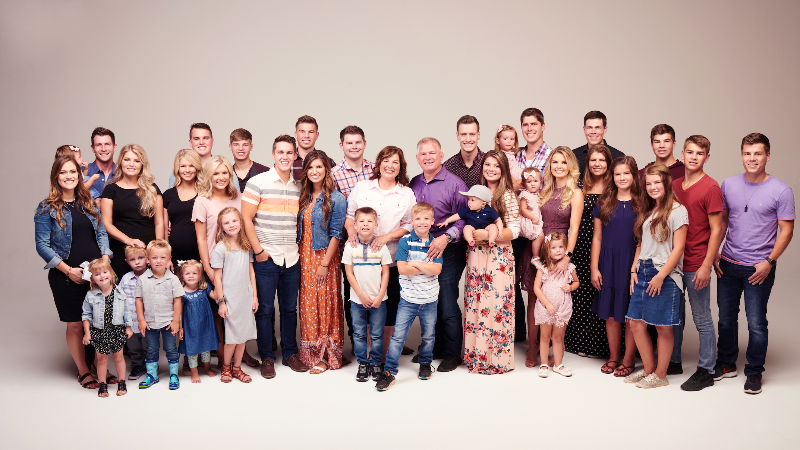 The new run of episodes will premiere Thursday, Feb. 10 at 9 PM ET. The popular family reality series centers on Gil and Kelly Jo Bates and their 19 kids. The new season will feature not one but two Bates wedding as son Nathan Bates says “I do” to his girlfriend Esther Keyes and daughter Katie weds her fiancé Travis Clark. Season 11 will also highlight Carlin and Whitney continuing to grow their Bates Sisters Boutique business.

Noting that the show’s 10th season was its highest rated yet, UPtv Content Strategy and Programming V.P. Hector Campos says “Bringing Up Bates continues to outperform its prior seasons in the ratings because the Bates are beloved by our viewers and fans who watch the series weekly and engage with the family on social media,” adding “We repeatedly hear from viewers how much they appreciate the Bates family and that they look forward to spending time with their favorite large family each week for an entertaining and uplifting safe haven on television.”

Meanwhile, UPtv will continue to offer fans opportunities to interact with the Bates directly through weekly editions of Facebook Live. Additionally, the network will be launching a gift card giveaway to the Bates Sisters Boutique during the season. Viewers can watch all prior seasons ahead of the season 11 premiere on UP Entertainment’s streaming service, UP Faith & Family.

Bringing Up Bates is produced by Figure 8 Films (Kate Plus 8).

Here’s the latest from the crossroads of faith, media & culture: 01/19/22 Canceling Cancel Culture. As an educator, entrepreneur and host of The Dr. Jeff Show podcast, Summit Ministries President Dr. Jeff Myers is known for combining fresh insights, balance and humor with his unabashedly Christian worldview.  He is the author of 14 books, including […]

Here’s the latest from the crossroads of faith, media & culture: 01/14/22 The eight-episode second season of Freelancers, the breakout family-friendly crowdfunded sitcom that has garnered almost 8 million views on YouTube, is now available for free on the Angel Studios app (also home of  The Chosen, Tuttle Twins  and The Wingfeather Saga).  The show […]

Here’s the latest from the crossroads of faith, media & culture: 01/12/22 As I wrote in Monday’s post, if the corporate media continues to offer us a diet of movies and TV shows offering division and discouragement over mutual respect and encouragement then 2022 should be the year we unplug and create something new. Angel […]

2022: The Year of Balance + PragerU Teaches kids about the values of Martin Luther King, Jr.

Here’s the latest from the crossroads of faith, media & culture: 01/10/22 Welcome to my first post of the new year. How’d we get here? A Trafalgar Group poll for the conservative group Convention of States Action (conducted December 17th through December 21st) finds that we begin 2022 with 80% of Americans likely to vote […]