Review: Finding You is Notting Hill for a new generation. If you’ve been waiting for Hollywood to rediscover how to do a romcom, you’re wait is over as Finding You arrives in theaters today. The film is both a well-made throwback to the nineties-style classics of the genre (i.e. Notting Hill) but it’s also told with a fresh voice in the hands of Brian Baugh (an interview with the talented writer/director follows the trailer below.

Synopsis: Finley Sinclair (Rose Reid of Arrow) is an accomplished young American musician studying abroad in Ireland who meets Beckett Rush (Jedidiah Goodacre of Chilling Adventures of Sabrina), a heartthrob movie star shooting his latest medieval fantasy blockbuster. Naturally, sparks fly between the unlikely couple who inspire each other to find the strength to be true to themselves. But when forces surrounding Beckett’s stardom threaten to crush their dreams, Finley must decide what she is willing to risk for love. Based on the book “There You’ll Find Me” by Jenny B. Jones, the movie also features Katherine McNamara (Shadowhunters), Patrick Bergin (EastEnders), Saoirse-Monica Jackson (Derry Girls), Tom Everett Scott (Council of Dads) and Vanessa Redgrave (Call the Midwife).

IHMO, a combination of snappy and genuinely witty dialogue, likable and believable characters, beautiful Irish scenery and a story that actually has something to say makes Finding You a true find in a movie landscape that too often favors superficial virtue signaling over deeper explorations of what’s truly important in life. The film delivers an unexpectedly powerful conclusion that will resonate with most of the audience, particularly people of faith. And it does so without losing an ounce of either its credibility or escapist charm.

As a director, Brian Baugh demonstrates a real knack not just for romantic comedy but, through scenes depicting the making of Beckett Rush’s fantasy epic film, a real flair for swashbuckling adventure. In our conversation below, he admits he’d love to take on such a story. From talking with him and seeing his work here, I really hope he gets the opportunity.

Brian Baugh is an emerging American director, screenwriter and producer who has developed a reputation for delivering socially relevant and uplifting movies  like the 2019 drama The World We Make and 2016’s I’m Not Ashamed, the latter of which was nominated for a GMA Dove Award for Most Inspirational Film. I spoke with him after previewing Finding You.

JWK: What inspired you to take on Finding You as a project?

Brian Baugh: I’m very thankful that (a) producer brought it to me (who) was interested in the story. We had worked together before and he thought this would be a great one for the screen. We concurred and, yeah, we were off to the races with a team that I’ve worked with before so it was great to work with (them again).

JWK: Besides directing, you also wrote the screenplay.

BB: It was based on a book and so this executive producer friend of mine got the rights to the book and then I adapted it from the book.

JWK: You’re also a cinematographer and you put that experience to great use in this movie – particularly in making good use of the Irish scenery.BB:

It’s a helpful background to have when you get into directing.

JWK: I was impressed by the movie-within-the-movie scenes you have in Finding You – with dragons and sword fights and what have you. Do you have a big swashbuckling film in you that you’d love to put out there?

BB: Absolutely! I mean that would be an absolute dream to do! If you want to (do) it, I’ll come over tomorrow. I grew up as such a fan of fantasy. You can probably see it in the movie a tiny bit. I love those stories. I love imagination and just all that comes with movies that take you to different places.

JWK: Finding You is, in its own way, a nice escapist movie. What do you hope people take from it?

BB: Most of all, I guess I just hope people have a great time…It’s been a tough past year for a lot of people. I just hope that it can bring some smiles to people’s face, number one. And then, if they’re looking for something a little deeper, I hope they can glom onto some of the themes – of forgiveness, of not having quick first impressions of people and not judging people too quickly. So, there are other things in their too if people want to go deeper.

JWK: It was perfect. It was escapist – yet it left you with something to take out of the theater. What do you look for in a project that you take on?

BB: The people involved is always a big (part of) the choice. And then I’m looking for a story with some meaning – because, ultimately, you’re gonna work on it for a year and a half or two years relatively intensely.  So, something that has a purpose. I think Reese Witherspoon in her Academy Award speech said it well. (Like her) I just want to work with movies that matter, movies that mean something to other people. So, no matter what genre they are or what form they take – whether it’s a thriller, a comedy or romance – I look for things that could potentially…work as great entertainment but also have something deeper if audiences want that.

JWK: What movies inspired you to realize you wanted to be a filmmaker?

BB: There have been so many. There have been so many great filmmakers…that I respect. I started at quite a young age. I decided at 16 or so that I wanted to pursue this. So, I would say some of those early movies that were so imaginative that I grew up with – the big blockbusters (like) the Star Wars movies, Indiana Jones, The Goonies (and) Back to the Future. All those ones that could transport me to another world and to have things happen that can’t happen in your real life I’ve always just loved. And then even some of the more poignant ones back in the day- some of the John Hughes stuff and the great historic films like Glory, Hoosiers and The Power of One (which was) set in South Africa. All those (movies) were really (impactful on) me as well.

JWK: Speaking of South Africa, I read in your bio that you received a masters in African Studies from the University of Cape Town.

BB: I did – kind of random but I do have some knowledge of Africa.

JWK: That actually sounds like the basis of a movie itself – a white guy taking up African Studies in Africa. Have you ever thought of that?

BB: Yeah, it would be (great) to do a film in Africa…I guess the ideal (concept) hasn’t come to me but it is a place I deeply love. I’ve learned so much from the people there. In some ways my experience there translates to this film in the sense that I had such an (impactful) experience abroad I was trying to create that same sense of impact for Finley, the lead character in this movie in Ireland.

JWK: It sounds to me like your own story could be the basis of a movie.

BB: I don’t know if I’m that interesting.

JWK: I see that next on your agenda is a film called Appointments with Heaven. What is that about?

BB: That is a really interesting…story of a doctor who, as an atheist, began to have these miraculous experiences with the afterlife. It’s the origin story of how he developed this ability to sense where people are going to go when they die and then to comfort families from that.

JWK: So, is that story based on a real person?

BB: Yeah, it’s based on a true story and it’s another book adaptation.

Note: My guess is we’ll be hearing a lot more about Brian Baugh movies in the years ahead.
___

On a Wingfeather and a prayer. The crowdfunding effort, announced today, is aimed at producing an animated TV show based on The Wingfeather Saga, Andrew Peterson’s bestselling family-friendly epic fantasy book series with redemptive themes. If the campaign is successful, Wingfeather will be distributed by Angel Studios, a new movie and TV studio platform that sees itself as putting the power of Hollywood into the hands of everyday Americans. The creators are looking to raise $5 million in 28 days to create Season 1. J. Chris Walls (Veggie Tales) will serve as executive producer and showrunner of the proposed series that has also enlisted help from veteran artists of studios like Pixar, Dreamworks Animation, Disney, Blue Sky and Nickelodeon.

You can view the series investor pitch below and learn more here. As they say, never invest more than you’re prepared to lose. 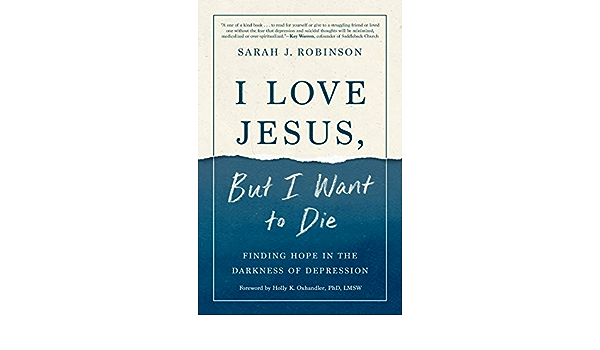 Here’s the latest from the crossroads of faith, media & culture: 06/16/21 Brett Siddell is wrestling with the pros and cons of fatherhood. The 30-plus stand-up comic, who has been part of the on-air team of Busted Halo for over decade on SiriusXM’s Catholic Channel/129, has decided to finally get serious about one of life’s […]

Here’s the latest from the crossroads of faith, media & culture: 06/14/21 Comedian Mike Goodwin performing on Angel Studios’ Dry Bar Comedy Comedy is laughing matter. Angel Studios is perhaps best known for its hugely-successful faith-based dramatic series The Chosen but the company is also scoring big in the comedy genre, particularly with its “clean” […]

Videos of the Week: "tick tick...BOOM!"+Wande praises our "Big God"+The NHL and a grateful nation

Here’s the latest from the crossroads of faith, media & culture: 06/11/21 The countdown is on for tick, tick…BOOM! Pulitzer Prize and Tony Award winner Lin-Manuel Miranda (Hamilton) is making his feature directorial debut with the Netflix movie due in theaters this fall.  tick, tick…BOOM! is an adaptation of the autobiographical musical by Jonathan Larson, […]

Here’s the latest from the crossroads of faith, media & culture: 06/09/21 Oh, what an untangled web we weave when we practice to believe. That paraphrasing of Sir Walter Scott, may also serve as an apt summary of the life and philosophy of Michele Pillar. The three-time Grammy-nominated recording artist began her career over 40 […]