On a podcast and a prayer. For Misty Phillip By His Grace is more than just the name of her podcast. It’s also her personal GPS for decision making that is both confident and humble. She sees her successful podcast and Spark Media Ventures, the entrepreneurial venture that has bloomed from it, as a way to encourage and empower others, including other aspiring podcasters.

JWK: I read in your bio that God called you out of your corporate job at Enron in 1999 to devote yourself to being full-time wife and mother. It seems like He got you of there in the nick of time. What did you do for the company and what went into your decision to leave?

Misty Phillip: I was a consultant working at Enron Energy Services as a recruiter. I had a fantastic boss who allowed me to work from home and only had to travel into the office a couple of days a week. When my boss was transferred, I got a new boss who wanted me to be there full time, and the day that I was supposed to give him my answer, my son started having grand mal seizures and seized continuously over the course of a couple of days. I knew my place was at home with my family.

JWK: How did you find your way into podcasting?

MP: I felt called to use my story to help others. First, God called me to speak. Then, he called me to write. I launched my podcast, By His Grace, in conjunction with The Struggle is Real but So is God Bible Study (based on my book). I did this so that women would know that they are not alone in the struggles that we face in life.

JWK: What do you see as the mission of your podcast?

MP: The By His Grace Podcast’s mission is to encourage and inspire women to chase their God-Given dreams and help them know that they are not alone in their struggles.

JWK: Last year you launched Spark Media as a resource for other Christians who feel called to podcasting. Can you tell me about that?

MP: The Spark Christian Podcast Conference came about as an answer to prayer. I started to see the impact that my podcast was having on the Kingdom, and I realized what a greater impact we could have on the Kingdom if I brought podcasters together. So, I founded Spark Media to gather, equip, and empower podcasters.

JWK: When is your next event and how can people take part?

JWK: From your own experience, what helpful tip or tips can you offer to an aspiring podcaster?

MP: Know who you want to serve and create great content to serve that audience well. Be consistent in showing up for your audience continually. An aspiring podcaster will also want to ensure that they know their message. Also, make sure that you are producing good quality audio content.

JWK: Where do you see yourself, your podcast and Spark Media in five years?

MP: I see us living out God’s mission and vision for Spark Media. I believe that we will be training and equipping religious leaders and churches around the world.  We will have a Global Podcast Network for believers. We will continue to support individual podcasters by creating strategic partnerships to provide growth opportunities for independent podcasters.
___ 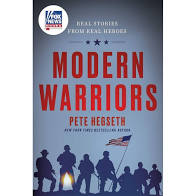 Fox News Books, the publishing platform of Fox News Media, has delivered back-to-back national bestsellers. Shannon Bream’s The Women of the Bible Speak hit number one on the New York Times bestseller list, selling more than 100,000 copies. The success comes on the heels of the imprint’s debut title, Modern Warriors: Real Stories from Real Heroes by Fox & Friends Weekend co-host Pete Hegseth, which also premiered on all the major national bestseller lists when the brand launched in November 2020. BTW, you can read my interviews with Bream and Hegseth here and here.

In commenting on the milestone, Fox News Media CEO Suzanne Scott said “The success of Fox News Books perfectly illustrates the power of Fox News Media. We are deeply connected to our audience and proud to deliver more of the content they clearly desire across all of our key platforms.”

With seven reprints and more than 100,000 copies sold, Bream’s inspirational take on 16 influential Biblical women has shattered 2021 records for a debut, officially outperforming every single non-fiction and advice book in launch week sales. Since its March 30th release, The Women of the Bible Speak has outsold established authors such as Bill Gates, James Patterson, Walter Isaacson and Dr. Sanjay Gupta, among others who have published titles this year. Notably, Bream’s hardcover soared to the top of Amazon’s Bestseller and Hot New Releases lists ahead of publishing after generating over 50,000 preorders in anticipation of the on-sale date.

The achievement follows Fox News Book’s inaugural title, Modern Warriors: Real Stories from Real Heroes by Pete Hegseth, which sold more than 200,000 copies and debuted at number five on the New York Times bestseller list, and number three on the Wall Street Journal list. Building off Hegseth’s popular Fox Nation series Modern Warriors, the book showcased some of the nation’s most highly-decorated veterans as they shared their war stories, combat moments and reflections on why they served. 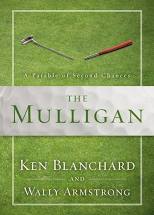 ReelWorks Studios says it’s producing a film version of the novel The Mulligan: A Parable of Second Chances by Ken Blanchard and Wally Armstrong. The movie adaptation of the inspiring story about relationships, forgiveness and priorities will star Pat Boone (Miracle in the Valley), Eric Close (Nashville, Suits American Sniper) , Tanya Christiansen (I Still Believe), Nancy Stafford (Matlock) and Charmin Lee (Just Mercy). Filming in Georgia commenced on April 6 to coincide with the 2021 Masters Tournament and is set to hit theaters in 2022.

The Mulligan follows the life of Paul McAllister, a successful international businessman whose personal life is in the rough. While playing in a pro-am charity golf tournament sponsored by his company, he has a complete meltdown. With the introduction of a mysterious character known as “The Old Pro,” Paul receives the inspiration he needs to reverse his downward spiral and experience his own personal “do-over.”

Encourage one another and build each other up – 1 Thessalonians 5:11
read next post
"Gutfeld!" and "Tuttle Twins" expand competition of ideas to comedy and family programming
archives most recent
More from Beliefnet and our partners
previous posts

Here’s the latest from the crossroads of faith, media & culture: 06/24/22 I interrupt my blogging break (I’ll be back Monday, July 21) for this comment on today’s historic Supreme Court abortion decision. For what it’s worth, I think it’s the right decision. The question now is where do we go from here.  Below is […]

Here’s the latest from the crossroads of faith, media & culture: 06/10/22 Going Home currently streaming on Pure Flix. Created and executive produced by Dan Merchant, the drama series stars as Cynthia Geary (Northern Exposure) as Charley Copeland who leads the dedicated staff of the Sunset House hospice as they do their human best to […]

Kirk Cameron schools me on "The Homeschool Awakening"

Here’s the latest from the crossroads of faith, media & culture: 06/08/22 Kirk Cameron Presents: The Homeschool Awakening hits theaters for two nights only next Monday (6/13) and Tuesday (6/14) at 7:00 PM (ET). The latest Fathom Event has the former Growing Pains star-turned-film producer and TBN talk show host making the case for homeschooling […]

Here’s the latest from the crossroads of faith, media & culture: 06/06/22 Coming of Sage. In The Courage to Identify Who You Are, Indian-American author Sharon Angel shares the wisdom she’s learned growing up as a “third-culture kid” confronting group identity expectations and emerging to discover her true identity. JWK: Who did you write this […]