Late night gets an exclamation point! Yes, while the punctuation point in that previous sentence may be redundant, at least the viewpoint will be fresh when Greg Gutfeld brings his comic take on the news to the 11:00 PM (ET) weekday slot on Fox News. Gutfeld!, debuting on April 5th,  puts the political satirist in direct competition with CBS’ Stephen Colbert, ABC’s Jimmy Kimmel, NBC’s Jimmy Fallon and Comedy Central’s Trevor Noah and, finally and brings a much-needed conservative/libertarian voice to the period. It’s not just that the other hosts lean left but that they – as well SNL – are so in the tank for the globalist media/big tech oligarchy that they’re afraid to mine the obvious comic gold that both the Biden Administration and deliberately socially divisive Woke extremism presents. I mean, on the one hand, it’s not funny at all but, on the other hand, it’s absurdly hilarious. And, of course, humor has traditionally been an effective means of fighting back against the arrogant stupidity of the powerful. It’s not that I wish Colbert et al would go away, I just wish they’d grow a spine or, at least, a funny bone.

As part of Fox’s late-night shuffle, Gutfeld’s Saturday night show will leave the schedule after tomorrow’s edition (a replacement is TBD) and Shannon Bream’s Fox News @ Night will move back an hour to midnight (ET). Gutfeld will continue to co-host The Five at 5:00 PM ET which, as I mentioned in my conversation with Dana Perino, continues to be a highlight of my day.

Gutfeld himself says “This feels like the perfect next step following the amazing success of the weekend show, which is due in large part to a great staff and a management that lets the show follow its own unique path…Every day someone comes up to me to ask when are we going nightly, so now that we are, here will be approximately three-million people who will claim it’s their idea.”

No matter who came up with the idea, it strikes me as a brilliant scheduling move that really fills a late-night void and flows nicely out of Fox’s lineup of more serious opinion shows. If I could make one suggestion, I think Fox should a consider a format for Shannon Bream’s show that hearkens back to the kind of longer-form interview shows of Larry King and Tom Snyder. The show could focus on the story of the day when that works but also feature conversations with authors, celebrities and others of interest. Such a format would really work in the time slot and set the show apart from other shows currently on cable news. Plus, I think, Shannon Bream would be really great at it.
___ 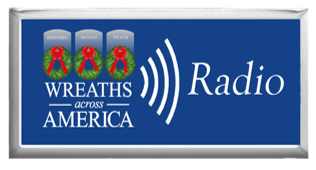 Wreaths Across America Radio Hosts Leaders for its First Radio RoundTable on Veteran Healing. The organization will present a series of four roundtable discussions focused on Veteran Healing through sharing stories of resilience, purpose and success. The first live discussion, titled “Service, Resilience, Success,” will take place on Thursday, March 25, 2021, at 7:00 PM (ET) and can be heard exclusively on WAAR. Guests on the program will include Ret. U.S. Army Major General and Director of The United States of America Vietnam War Commemoration Peter Aylward and Edward McEvoy, National Outreach Program Specialist with the Department of Veterans Affairs Readjustment Counseling Service. They will be interviewed by Ret. U.S. Army Capt. Joe Reagan and Wreaths Across America’s Executive Director Karen Worcester.

The goal of the roundtable series is to help reduce barriers for veterans by:

Wreaths Across America Radio Program Manager Susan Patten says “I think this is going to be a meaningful discussion…As everyone involved has a synergy of mission and a deep understanding of veterans’ needs and the needs of their families. We look forward to this opportunity to offer stories and the importance in addressing veterans’ healing.”

Wreaths Across America Radio (WAAR) is a 24/7 Internet stream. Its unique format provides informational and inspiring content about members of the U.S. armed forces, their families, military veterans, and volunteers throughout the country and overseas who support the mission to Remember, Honor and Teach. Along with the inspiring content, WAAR plays a variety of music with roots firmly planted in patriotism and a country music thread running through the core of the stream. WAAR has a live morning show every weekday morning from 6 am to 10 am eastern, along with a variety of special programs that support the mission.

You can listen to Wreaths Across America Radio’s 24/7 stream anywhere at www.wreathsacrossamerica.org/radio, and most recently, via the iHeart Radio app, or download it at the App Store or on Google.

As mentioned, the first broadcast in the Radio RoundTable on Veteran Healing series is set for Thursday, March 25, 2021.  Subsequent broadcasts will air on Thursdays, June 24, September 23 and December 23, 2021. All panel discussions which will be held LIVE on WAAR.
___

Happy Yes Day. The family comedy starring Jennifer Garner and Édgar Ramírez as parents who agree to say “Yes” to every activity their kids suggest (so long as it isn’t dangerous or illegal) drops today on Netflix amid a concurrent #YesDayChallenge social media campaign.  My brief review follows the synopsis and trailer below.

Synopsis: Always feeling like they have to say NO to their kids and co-workers, Allison and Carlos decide to give their three kids a YES DAY — where for 24 hours the kids make the rules.

IMHO: Who the heck cares what I think about this movie? True, I had trouble staying awake while screening it but then its target audience is hardly an old guy like me with no kids in the house. Even with my drooping eyelids, however, I was cognizant enough to see how it could be entertaining for the urchins and their parents looking to keep them quiet for a little while. I’m not so convinced about the value of real-life Yes Days though. Discernment of when to say “yes” or “no” remains a good trait for parents and people in general. So, the bottom line is the film is recommended as escapist entertainment for kids and parents to watch together. Just don’t take it too seriously.

read next post
Totalitarian Snowflakes + At 98, Laurence Jaffe becomes a filmmaker
archives most recent
More from Beliefnet and our partners
previous posts