“Never Again?” is an important documentary + A dissident from China has a message for America

The feature-length documentary Never Again? follows the separate journeys that led holocaust survivor Irving Roth and Kasim Hafeez, a formerly radicalized anti-Semite, to form an inspiring friendship. The Fathom Events film can be seen in 15,800 nationwide in theaters this Tuesday (10/13) and Thursday (10/15) and next Monday (10/19).

My Review:  Never Again? puts forth a strong and convincing warning about what happens when expert propagandists and would-be totalitarians construct a media narrative built on distorted history, nurtured victimhood, group shaming, and manufactured self-righteous rage that is used to justify chaos and violence (essentially a recipe for a blitzkrieg of anarchy followed swiftly by political and religious oppression). It’s all the more disturbing because, like an auto-immune disease in which the body attacks its own useful and essential organs, the 21st century fascists (like their Nazi predecessors) utilize societal dis-ease to assault the very institutions built up to protect everyone. Now, those of us blessed to be living in a time of unprecedented democracy, free speech, liberating technology and heretofore remarkable tolerance are being coaxed us to actually vote away all those gifts developed and handed down to us by our imperfect but mostly idealistic forebearers. In other words, the important historic lesson of Never Again? couldn’t be more relevant to today’s headlines. As one commentator in the film notes “Anti-Semitism is like the canary in the coal mine. It might start with the Jews but it won’t end there.” Never Again? should be shown in every school across America – and watched by every adult too. Highly recommended.

Note: I recently had the opportunity to speak with Kasim Hafeez and will share our conversation with you on Wednesday.

****
Meanwhile…Never again? A warning from a political refugee from China. On Wednesday China brazenly censored CNN’s live coverage of last Wednesday’s American vice-presidential debate with no apparent pushback from the supposedly independent subsidiary of the globalist AT&T-Time Warner globalist corporate empire.  The incident occurred amid a campaign season in which similarly China-cowed, multinational corporation-owned so-called news outlets continue to lob the softest of softball questions at the Democratic ticket while pummeling the GOP candidates with both appropriately tough inquiries and totally unfair reiterations of clearly disproven talking points (i.e. that President Trump has never unambiguously condemned racism, anti-Semitism and white supremacy). So why aren’t the general news media (including the debate moderators) asking Joe Biden and Kamala Harris about whether their down with packing the Supreme Court, why they didn’t say a word about the rioting in American cities during their convention and after (until it began showing up in polls)  or, China-forbid, religious persecution around the world?

One person who would certainly like to hear their views on that latter question is Salih Hudayar, a political refugee from China’s oppressed Uyghur community and current Prime Minister of the East Turkistan Government in Exile.  Considering China’s alarming influence over the globalist media, big tech and other institutions (i.e. The NBA), Americans would, I think, be wise to consider his concerns.

I recently had the opportunity to put some questions to the civil rights leader.

JWK: What is the situation on the ground right now for the Uyghurs and other Turkic peoples in East Turkistan?

Salih Hudayar: The East Turkistan National Awakening Movement has released a new report analyzing the Chinese Communist Party’s policies toward Uyghurs and other Turkic ethnic groups from 1949 to the present.

“The case for an independent East Turkistan” lays out in detail how the CCP has, over decades, extracted wealth from the region while also oppressing the native peoples in the pursuit of security. These policies amount to much more than genocide and cultural erasure and have given way to the policing, surveillance, detention, forced labor, and forced sterilization that the world sees today…The report argues that the only way to guarantee that Uyghurs and other Turkic ethnic groups gain freedom and access to human and political rights is to recognize an independent and sovereign East Turkistan.

JWK: What would you like to see the US and the UN do about it? What can ordinary citizens do to show their support?

SH: The US has been immensely helpful.  The UN needs to be pro-active with identifying and stopping China’s cultural and ethnic cleansing, and genocide, of the Uyghurs and other Turkic people of East Turkistan.

The US and UN need to formally recognize China’s atrocities as a genocide and support the East Turkistan Government in Exile and East Turkistan National Awakening Movement’s formal complaint urging the International Criminal Court (ICC) to investigate and prosecute Chinese officials for genocide and other crimes against humanity.

We invite everyone to visit our website which is a comprehensive resource on East Turkistan, and to join our mailing list (on the homepage) to receive updates.

JWK: Have you watched the Democratic and GOP conventions?

JWK: Which party – if either – do you think has a better grasp on the issue?

SH: On the whole, the Trump administration has been immensely helpful in highlighting the brutal human rights abuses of the Uyghur and other Turkic people of East Turkistan by China.

And while ETNAM (East Turkistan National Awakening Movement) has praised the work of (US Secretary of State) Pompeo in helping the Uyghurs, we have also encouraged the Trump administration to stop pursuing a Trade Deal with China.

JWK: Do you see independence for East Turkistan as a realistic goal?

SH: Absolutely. In fact, East Turkistan was an independent country prior to December 22, 1949 when the Chinese Communists overthrew the independent East Turkistan Republic. We believe that restoring East Turkistan’s independence is the only way to ensure the freedoms, human rights and very survival of our people. With the help of countries like the United States, Japan, India, Australia, UK, EU, we can definitely regain our independence. China is like the Soviet Union in many ways. It’s a communist empire that occupied and colonized other countries and like (the) Soviet Union, it too will fall in the near future. 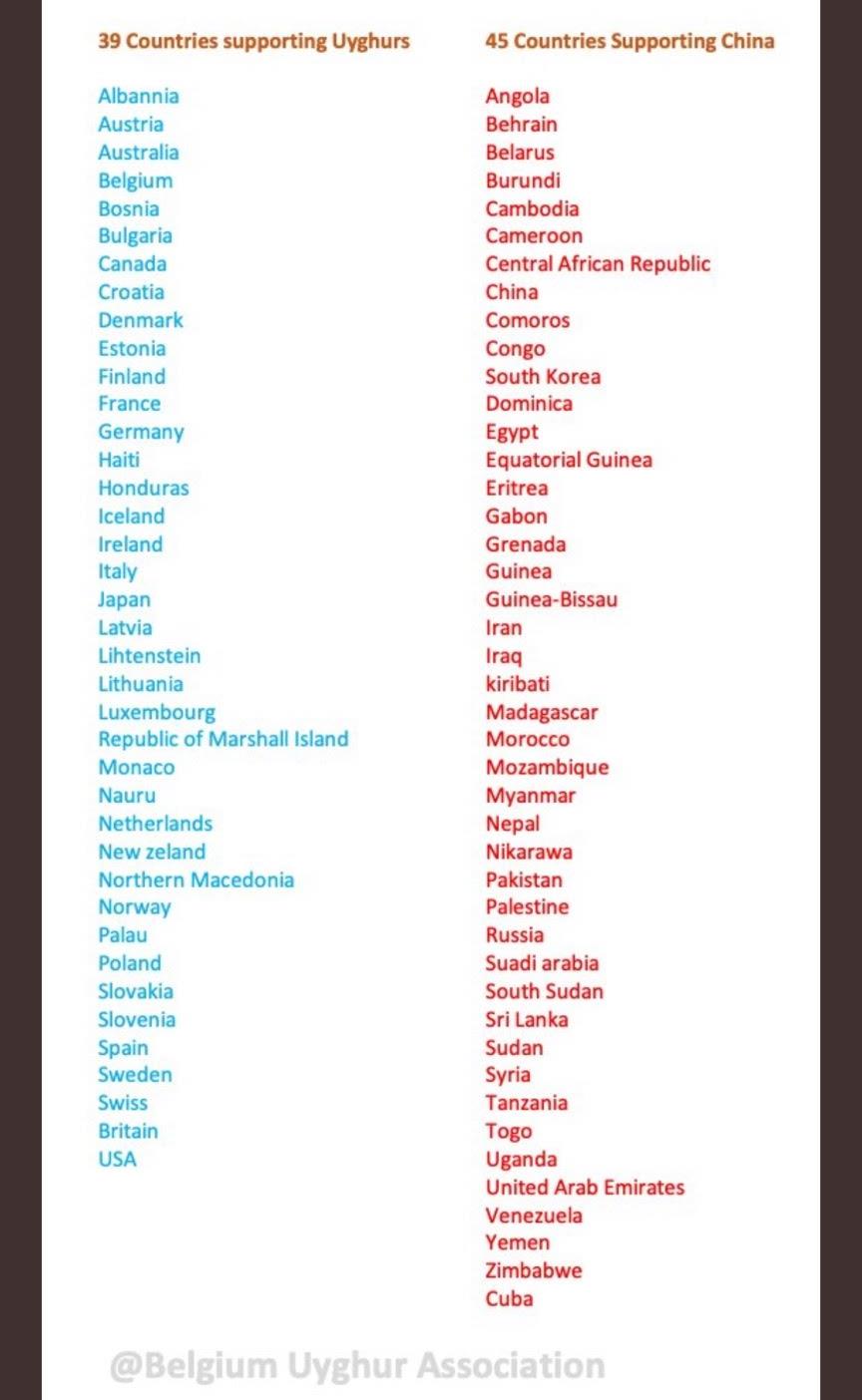 The globalist corporate media likes to talk a lot about who will be on the right side of history. Somehow, I suspect it won’t be them.

read next post
Coming Attractions: "2 Hearts" in theaters + "The Farmer and the Belle" via home entertainment
archives most recent
More from Beliefnet and our partners
previous posts

Here’s the latest from the crossroads of faith, media & culture: 11/23/22 The decision to release the Season 3 premiere of The Chosen in theaters has yielded surprisingly strong box office results. As a result, what was planned as a five day theatrical run has been extended all the way to December 1st.  With $8.75 […]

Here’s the latest from the crossroads of faith, media & culture: 11/21/22 Just in time for Thanksgiving (and National Adoption Month), the life-celebrating family drama Lifemark arrives on Pure Flix tomorrow (11/22). The film stars Kirk Cameron for whom adoption is a very personal subject. Our conversation follows the trailer. JWK: So, November is National […]

Here’s the latest from the crossroads of faith, media & culture: 11/18/22 Some news items that caught my attention over this past week or so. Quote of the Week: “Now more than ever, we’re short of workers, we have a population that is not reproducing on its own with the same level that it used […]

Is Robert Amaya the movie industry's busiest actor? + "Moonrise" on the horizon at Pure Flix

Here’s the latest from the crossroads of faith, media & culture: 11/16/22 Is it a sin to make a faith-based movie without Robert Amaya in it? No, it is not – but, ever since his film in debut in 2011’s Courageous. there’s just something about the guy. Audience respond to him and everyone wants to […]