Here’s the latest from the crossroads of faith and media:

New movies are back (maybe). With rereleases of The Empire Strikes Back (1980), Black Panther (2018), Inside Out (2015), Jurassic Park (1993) and The Goonies (1985) making up the top five films at the (largely drive-in) box office last week, traditional theater goers accustomed to new summer releases may be pleased to know that, barring additional COVID-19 complications, some original films are beginning to trickle back onto the theater calendar. Among the most interesting is Roadside Attractions’ latest project called Words on a Bathroom Walls.  The edgy-but-inspirational coming-of-age movie tells the story of a seemingly-typical teen navigating his senior year of high school while preparing to pursue his dream of becoming a professional chef – until hallucinations lead to a diagnosis of a serious mental disorder that that threatens everything.

Check out the intriguing trailer below and, if you decide to go see it, please be respectful and follow safety recommendations. 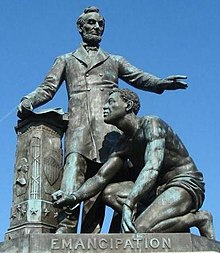 American Healing Agenda Item 1: Race, our national narrative and turning our scars into stars
archives most recent
More from Beliefnet and our partners
previous posts

Here’s the latest from the crossroads of faith, media & culture: 06/14/21 Comedian Mike Goodwin performing on Angel Studios’ Dry Bar Comedy Comedy is laughing matter. Angel Studios is perhaps best known for its hugely-successful faith-based dramatic series The Chosen but the company is also scoring big in the comedy genre, particularly with its “clean” […]

Videos of the Week: "tick tick...BOOM!"+Wande praises our "Big God"+The NHL and a grateful nation

Here’s the latest from the crossroads of faith, media & culture: 06/11/21 The countdown is on for tick, tick…BOOM! Pulitzer Prize and Tony Award winner Lin-Manuel Miranda (Hamilton) is making his feature directorial debut with the Netflix movie due in theaters this fall.  tick, tick…BOOM! is an adaptation of the autobiographical musical by Jonathan Larson, […]

Here’s the latest from the crossroads of faith, media & culture: 06/09/21 Oh, what an untangled web we weave when we practice to believe. That paraphrasing of Sir Walter Scott, may also serve as an apt summary of the life and philosophy of Michele Pillar. The three-time Grammy-nominated recording artist began her career over 40 […]

Here’s the latest from the crossroads of faith, media & culture: 06/07/21 Producer Chris Wall (VeggieTales) and Angel Studios are joining forces to bring The Wingfeather Saga books to life as a multi-season animated TV series. As they have done with their other programming (i.e. The Chosen), Angel’s CVOD (Community Video on Demand) model is […]