Here’s the latest from the crossroads of faith and media: 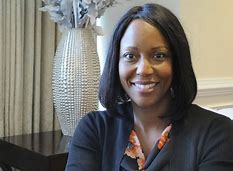 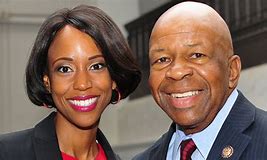 The torch is passed. Maya Rockeymore Cummings is challenging incumbent Kweisi Mfume for the Baltimore congressional seat that was held by her late husband civil rights icon Elijah Cummings from 1996 until his death last October. I just had the opportunity to put forth some questions to her about such things as what the current pandemic reveals about inequality in America, her ambitious proposal for a New Deal for COVID-19 and the 21st Century and what she has to say to those many people who are otherwise inclined to vote for Democrats but are put off by what they view as the party’s extreme stance on abortion.
JWK: What has this pandemic, in your view, revealed about inequality in
America?
Maya Rockeymore Cummings: This pandemic has exposed the gaping holes in our nation’s social safety net, labor market, education and healthcare systems as well as the ongoing
nature of historic racial, ethnic and class inequality in the United States.
Depending on the state, African American, Latino, and Native Americans have
rates of COVID-19 infections and deaths that are two to five times higher
than white Americans. Our rates of unemployment have always been
disproportionately higher, even during good economic times. And, our access
to policy supports are limited by inattention to the special circumstances
often facing lower income black and brown communities.

benefits they deserve, too many school children from low income households
are unable to continue their education at the pace of their wealthier peers
because they do not have tablets or WiFi at home, and too many families have
experienced unnecessary pain and death because of their disproportionate and
systems-driven vulnerability to COVID-19.  The coronavirus has exposed the
inequalities and disrupted the status quo. Now it’s time to build what comes
next.
JWK: You are calling for a New Deal for COVID-19 and the 21st Century. What
would that entail?
MRC: The Bold New Deal for COVID-19 calls for putting people over profit and
focusing on what matters most: saving lives. First, it calls on Congress, in
collaboration with public health experts, to develop a national plan for
COVID-19 that includes mass testing, contact tracing, treatment, and
isolation for those who test positive. This public health approach also
requires personal protective gear for essential workers and a targeted
strategy for vulnerable populations, including communities of color,
seniors, people with preexisting conditions, and those living in assisted
living facilities and detention facilities.

Second, it calls for a short-and intermediate-term universal healthcare strategy. In the short-term people who are uninsured must be allowed into Medicaid or Medicare regardless of age. Over the intermediate term, we must establish a single-payer national health plan that provides mental health support and covers every person, as experts say that this coronavirus is likely not the last we will encounter due to global warming.

Third, we need a massive stimulus plan coupled with income, food and housing security. On the
stimulus side implementing a green and clean national infrastructure initiative and a national jobs program will help to stimulate the economy. On the security side, we need to ensure everyone has access to adequate income, housing, and food supports. If we do these things, we will have done right by the people and the nation in this moment of tragedy and
possibility.
JWK: Are there aspects of your proposal that you believe your opponent Kweisi
Mfume opposes?
MRC: He doesn’t support a single-payer national health plan.
JWK: You are calling for a video debate with Mr. Mfume. What has the response been from him and from the Democratic Party?
MRC: The Howard County Democratic Central Committee has called for a candidates’
forum and I have accepted their call. (As of this interview) I do not yet know whether Mr. Mfume has accepted the invitation.
JWK: As the widow of civil rights icon Elijah Cummings – whose congressional seat you are running to fill – what do you think he would have to say about the Trump Administration’s response to the COVID crisis?
MRC: Elijah would say, “We’re better than this!” He would be livid that lives are being lost unnecessarily due to the Trump Administration’s lack of preparation and coordination, that Trump is trying to eviscerate access to healthcare in the middle of a pandemic, and that Trump is prioritizing the economy over human lives.

Finally, he would argue that the gross racial and ethnic disparities affecting Maryland’s 7th Congressional district and the nation is evidence that we need a truly universal national healthcare system and a renewed commitment to civil rights, including promoting diversity,

inclusion, and equity in all of our nation’s policies and practices.
JWK: Finally, I know many people of faith who probably agree with you on all
or most of the issues you raise – and are heavily inclined to vote Democratic. But the stumbling block is the perception that the party doesn’t just support a woman’s right to choose whether or not go through with a pregnancy but is out-and-out hostile to any misgivings at all about abortion – as if the only possible explanation for wanting limitations, even among women, is anti-feminist misogyny. What do you say to those people who honestly believe that science – not just faith – is on the side of respecting prenatal life?
MRC: I say that science, not just faith, is also on the side of an adult woman having the mental cognition to make an informed and rational choice about her own body based on her circumstances. A woman’s choice about whether to carry a pregnancy to term should be between her and her doctor. I believe that abortion should be safe, legal and rare. We can and should do a lot more to prevent unwanted pregnancies by ensuring widespread access to birth control.
______
IMHO: Maya Rockeymore Cummings puts forth a bold vision and likely has a big future in the Democratic Party. I think that the party itself would do well to understand that it is not pro-choice to perpetuate a system that pushes poor women of every color into aborting their babies for financial reasons whether they want to or not. A true pro-choice (and pro-science) position would encourage the empowering choice of life.