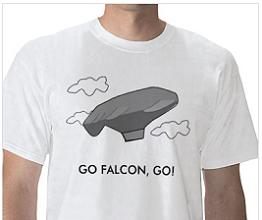 When six-year-old Falcon Heene captured the nation’s attention by–apparently–being swept away in a homemade helium balloon, we all stopped in our tracks. I was in the midst of a frantic day of web producing (whatever that means) when a coworker shouted the news. We all gathered around her computer monitor to watch, rapt and heart-sick, as the silvery, disk-like balloon tumbled helplessly through the atmosphere, supposedly carrying a terrified tot in its innards.

Now, questions are being raised about the Heene family. Apparently, they’re known for their showmanship, publicity seeking, etc, and have appeared on reality shows like Wife Swap more than once. Is Balloon Boy a hoax? Was this all a publicity stunt?
And if so, where’s the harm? Well, ever heard of The Boy Who Cried Wolf?

And, ever hear of wasting government resources to the tune of several thousand dollars to keep a Colorado National Guard Black Hawk helicopter and a UH-58 Kiowa in the air chasing you across half of Colorado?

We may never know if the Heene family really perpetrated a hoax. It was interesting to see their CNN interview with Wolf Blitzer where Falcon answered the question of why he didn’t come out of hiding when he was called by saying, “you guys said we did this for the show” but that “you guys” could very well have been in reference to the media, not his parents. It was hardly conclusive evidence of malfeasance.
In a more general sense, I’d like to ask, who gets hurt when we cry wolf? And why do people do it?
In balloon boy’s case, for instance, I know I was riveted, sick to my guts with fear, and appalled at the possibilities of what could happen to that tiny child. Work stopped in our office, so there was definitely lost productivity there. But that’s peanuts. What about the helicopter pilots? They could have been injured or died in a rescue attempt.
Do those who seek publicity for their own gain, or lie to cover up misdeeds, or out of boredom, get what they deserve? Or, in our celebrity-worshipping society, are they, instead, rewarded with their own reality TV shows? Time will tell, I suppose.
As Aesop said in the fable, the moral of the story is: Even when liars tell the
truth, they are never believed. The liar will lie once, twice, and then perish
when he tells the truth.