Daylight Savings Time 2009: Why Can’t We Keep It All Year Round? 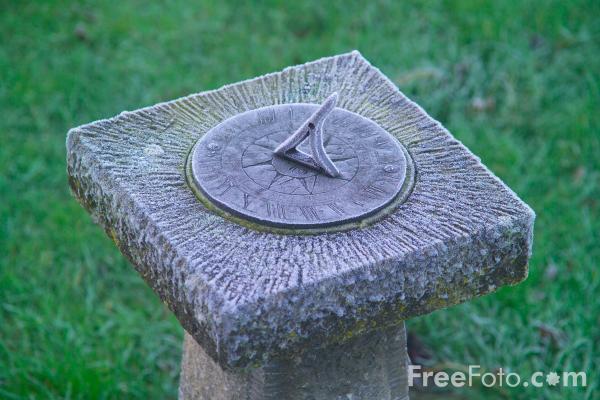 First off, no, it’s not today that you have to change your clocks. This year, we “Fall Back” at 2 AM on Sunday, November 1st. Secondly, I’d like to take issue with a whole society adjusting its schedule twice a year. I’ve always found it a huge inconvenience and a misery each time we find ourselves with darkness encroaching that much earlier in the evening, just when it’s getting colder and more bitter outside anyway. I say, if we’re going to have it, why not have it all year round?

Here’s a little history on Daylight Savings Time. It was originally conceived of by Benjamin Franklin, but not put into practice here in the U.S. until 1916. Basically, it was implemented to “make best use of daylight.” Some studies say that it saves a significant amount of energy. Most people, chicken farmers notwithstanding, seem to like it. So my question is, why do we only do it in the summer?
Also, I’d like to point out that studies have shown that pedestrian fatalities due to traffic accidents increase significantly every fall around the time DST stops being in effect. Trick-or-treaters are often mowed down by cars at dusk because of drivers who have not yet become accustomed to navigating the earlier darkness, which is why the clock change has been moved back one week recently, to avoid the holiday.
So how about moving the reversion to Standard Time back to, say… never?
I take issue with my very biological clock being monkeyed with so casually.

I can get behind messing with Standard Time (sun at zenith at noon) once a year, if it’s really a national good, saves energy, helps people out, saves lives. But to yank that cushy rug out from under us at the dreariest time of year? At some point, shouldn’t popular will determine our very daily schedules?

On the level of a society making a decision that benefits some at the expense of others, cannot we put this to a vote again? It seems unethical that, in a democracy, our schedules are ruled by the whims of an outdated and, some might argue, ill-conceived system. Could not we request a more thorough study to determine whether it really saves us money? (Though, probably such a study would cost stupid amounts of money itself….)
However, my research shows this HAS been voted on, about 60 zillion times in the past 93 years, and apparently, what we have today is about the best our government can do. So, seems we’re stuck with the system we have. Meaning, the government gets to tell us when it’s time to get S.A.D. (I jest.)
Before you say, “Oh, just get up earlier, you whiner,” explain to me how I can make my job’s hours accommodate that, and all the shopkeepers, government offices, customer service help lines, and TV, and… you get the idea.
What I’m saying here is, I personally feel the institution of a law giving and taking my precious sunlight away feels onerous, and I don’t see how the benefit to society outweighs the burden to the majority of us.
Do you hate Daylight Saving Time? Do you love it? Do you feel legislating time is unethical?
P.S. – While you’re changing your clocks, I suppose it’s not a bad idea to change the battery in your smoke detector like they say. At least that’s one good suggestion!
Subscribe to receive updates from Everyday Ethics or follow us on Twitter!
read next post
Rat Stuck In NYC Sidewalk Creates Quite A Moral Kerfuffle
archives most recent
More from Beliefnet and our partners
previous posts