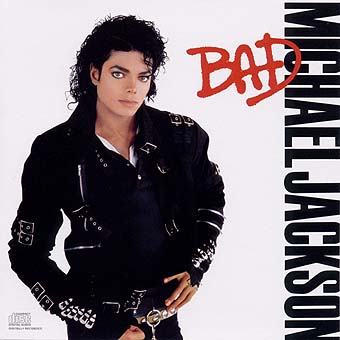 Come on… you know you’ve told one or two Michael Jackson jokes over the years. The self-proclaimed “King of Pop” has been such a startling public figure–with his bizarre plastic surgeries, his wild and wacky but undeniably trend-setting outfits, his dangling offspring, ever-changing skin-color and his unlikely marriages–that his life provided unparalleled fodder for public merriment.

But does all that change with his death?
Maybe we were all a little callous for snickering and cracking wise about the singer’s private life all those years. But, at least to me, it didn’t feel sacrilegious when he was still with us. Now, however, the feeling on the streets for Mr. Jackson is one of almost holy worship and adulation. People are comparing Michael Jackson to Elvis, and the mourning is at nearly the same fever pitch. They’re willing to forget the creepy child molestation allegations, the sad final years, and focus on the genius of his talent (which I won’t dispute). I suspect there are places in America today that, if you told a MJ joke, you might find yourself in serious trouble.
So, my question is… Is it somehow more immoral or unethical to make fun of the dead?
Now, at the risk of sounding utterly awful, I must tell you, the minute I heard MJ had had a heart attack (but before I knew it was serious) I posted my facebook status as:

“MJ had a heart attack? What, did he look at the man in the mirror?”

And you know what, I didn’t really feel too guilty about it even after I found out he was gone. Then again, I wasn’t a huge fan. And, compared to some of what I was seeing on social networking sites, my comment barely registered as off-color. Part of me is tempted to lay a few of the jokes I heard on you here, but perhaps it’s best not to do so. Suffice it to say most of them involved underage children.

Anyhow, I’m torn here. I think really the problem isn’t so much that these jokes soil the memory of the deceased–Jacko did enough to soil his own legacy with his behavior while he was alive–as about how it offends fans who want to remember his good traits. Still, I think it’s kind of ridiculous for people to suddenly turn all pious and sanctimonious about someone who was clearly quite complicated, to say the least, and make the man so one-dimensional that history is practically re-written.
In the end, I guess it seems most ethical to me if we keep our behavior consistent. If we were the sorts who mocked MJ before, then I think we’d be hypocrites to stop doing it now.
Do you agree?
read next post

June 26 is "Take Your Dog To Work" Day. Cute. But is it Ethical?
archives most recent
More from Beliefnet and our partners
previous posts