For this Holy Time of Easter (Pasca) and Passover, I’ve been offering ancient prayers and writings.  Today, from St. John Chrysostom, the saint and ealry Christian father of what came to be the Holy Liturgy.

“But why did He appear not to all, but to the Apostles only? Because to the many it would have seemed a mere apparition, inasmuch as they understood not the secret of the mystery For if the disciples themselves were at first incredulous and were troubled, and needed the evidence of actual touch with the hand, and of His eating with them, how would it have fared in all likelihood with the multitude? For this reason therefore by the miracles [wrought by the Apostles] He renders the evidence of His Resurrection unequivocal, so that not only the men of those times– this is what would come of the ocular proof–but also all men thereafter, should be certain of the fact, that He was risen. Upon this ground also we argue with unbelievers. For if He did not rise again, but remains dead, how did the Apostles perform miracles in His name? But they did not, say you, perform miracles? How then was our religion instituted?”

-St. John Chrysostom, Homily I on Acts I, 4th Century

Special thanks to the Greek Archdiocese of America.

Please be sure to watch a sampler of scenes from Mysteries of the Jesus Prayer on PBS stations this week.  Download a full list of stations and airdates at www.JesusPrayerMovie.com, where you’ll also find the companion book, full-length DVD, study guide, and CD. 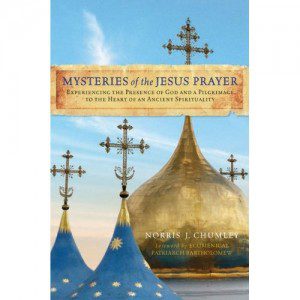 Today is the last day of this column on Beliefnet.com.  After over 12 years of daily writings on Beliefnet, I’m moving on.  I thank God for this wonderful experience.  As far as I’ve been told, I’m the last original Beliefnet contributing editor and writer; everyone else is new.  Now, however, I need to make some […]

If ever you are worried, fearful, or think that things are not all right, hand it over to God. Put your problems into God’s infinite care.  Hold up the troubles so that God can see them.  He will see your good intentions and efforts to do what is right, be your best, and be good […]

Take My Survey - Enter to Win a Book, DVD and/or CD

It’s not just how much we eat, it’s WHAT we eat that affects our weight.  Those who eat more vegetables, fruits and whole grains gain less weight, and maintain weight loss better than those who eat a lot of carbohydrates, potatoes, starches, and meats, and drink a lot of sweetened sodas.  It’s not enough to […]