The “What Part of Me?” Game and its Limitations 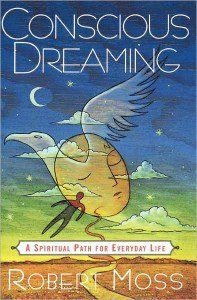 Dreams make us whole. They show us the many aspects of ourselves and help us to bring them under one roof. That is why it is often useful to ask “what part of me” different characters and elements in a dream might represent. Is the shadowy dream attacker an aspect of myself – maybe my anger or sexuality – that I have repressed or denied that is clamoring fro my attention? Is my mother, in my dreams, the part of me that feels or judges as she does? Is the storm of fire or flood the force of my own emotions?

Fritz Perls, the Austrian-born psychiatrist who was one of the founders of gestalt therapy, maintained that all the elements in a dream are projections from the dreamer himself. He encouraged clients to play out the role of all these dream elements, giving voice (in both words and body language) to natural forces, scenery and “inanimate” objects as well as the cast of human players. In this way, the dreamer might be able to get in touch with many split-off aspects of his personality and bring them together.

By asking, “Which parts of me are top dog and under dog in this dream?” we can sometimes clarify what point we have reached in the perennial contest for dominance between different aspects of ourselves. This gestalt approach makes for lively dream theater, which is my favorite element in the playshops I lead. It can help to build consciousness of the extent to which we create our own reality. And when role-players give voice to walls and mirrors and ocean waves, they move towards the shaman’s understanding that everything is alive, in both the dreamworld and the physical world.

The game of “What part of me?” is an excellent game for beginners. I play it most often with workshop participants who have limited experience of working with dreams and may be starting out with limited dream recall.

In practice, I find I use the “What part of me?” approach on only a small proportion of my own dreams, and only then in conjunction with other basic techniques, which always include a reality check. It would be foolish, for example, to interpret a hurricane in a dream as a “storm of emotion” until you have checked whether a literal hurricane is in the offing. Frankly, the “What part of me?” game works best with short, relatively uncomplicated dreams, especially those that involve a symbolic house or landscape, the play of natural forces, battles and conflicts, or recurring generic figures like the hotel manager, the teacher, the policeman, the taxi driver. The gestalt approach, even in this heavily modified form, is rarely satisfactory as a primary method because it tends to ignore both the transpersonal and the literal content of dreams and therefore misses urgent and empowering messages.

If I had confined myself to playing the “What part of me?” game with any of three dreams in which I seemed to be driving into fatal road accidents, I would not be writing these words. I asked of those dreams – as I ask of any dream material – “Is it possible that this will play out in some way in the future?” Since the answer in each case was Yes, and I was not ready to die on the road on those three occasions, I harvested specific information from the dreams that enabled me to avoid those possible future events.

Similarly, if I dream of a deceased friend or family member, I can certainly play the “What part of me?” game, but will not want to miss the possibility, generally a high probability, that I am having a transpersonal encounter. I will want to try to understand whether and why I received a visitation, or made a trip to the Other Side.  I may want to reenter the space where I met my dead relation (who is alive somewhere else) and have a longer conversation.

If I sit down to dinner with Stalin in the midst of World War II (as in a recent dream I reported here) I can certainly ask “What part of me?” is like the Soviet dictator and “What parts of me?” may be at war. Yet my feelings are that my dream self actually traveled across time into a possible scene from history that happens to be highly relevant to the current crisis with Russia. Dreaming is often traveling, and dreamers can find themselves in other times and other worlds.

Even though I am rarely satisfied by the “What part of me?” game, I often gain insights when someone reminds me to play it with one of my own dreams. Because dreams are multi-layered, many angles of understanding may be valid. A dream can be both personal and transpersonal, literal and symbolic, a dance of personality aspects and a multidimensional drama. So by all means, let’s play the “What part of me?” game, and have the fun of turning this into theater whenever opportunity presents itself. And let’s not fail to ask the further question, “What part of reality (and which reality)?” was the site of the dream experience?

Parts of this article were adapted from Conscious Dreaming: A Spiritual Path for Everyday Life by Robert Moss. Published by Three Rivers Press. 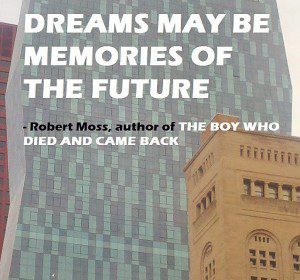