When the door between the worlds is round and open 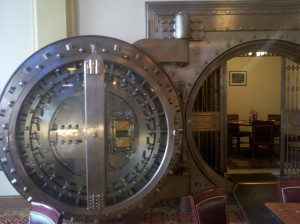 These wonderful lines from Rumi remind us that the easiest way to become a lucid or conscious dreamer is to spend more time in the twilight zone between waking and sleep, or between sleep and waking. The learned name for images that come in this liminal state is hypnagogia  It is a state of relaxed attention in which it is possible to embark on grand adventures, make visits or receive visitations and forge creative connections that are elusive to the everyday mind.

If you can develop the ability to enter and remain in a state of relaxed, free-flowing awareness before or after sleep, images will come. You can simply observe them as they rise and fall, or engage with one of these images or scenes and enter into what may be a full-fledged lucid dream journey.

Experiences in this twilight zone are very similar to those of psychics when they “open up” and let impressions come, and of creative people when they enter a flow state. Indeed, both psychic discoveries and creative breakthroughs come almost effortlessly in the half-dream state if you are willing to let them come – and (of course) to catch them and use them.

A word about words: researchers apply the term “hypnagogic” to the state of consciousness preceding sleep; and “hypnopompic” to the state in which you are rising from sleep.Lumped together, the twin states are called hypnagogia.

In his book Hypnagogia, Andreas Mavromatis cites impressive evidence that “hypnagogia is significantly conducive to paranormal events”, including precognition. “Psi states and hypnagogia…are related in their respective psychophysical induction and phenomenology…Hypnagogia is indeed conducive in the production of psi states, and, vice versa, the deliberate/experimental induction of psi states tends to render the latter hypnagogic.”

Go to a psychic development class, and they will start by directing you to relax, drop your awareness of your body and clear your mind. A well-known English psychic trainer (H.A.Edwards) counselled would-be psychics to “place their minds into a condition of receptive adabdonment.” Reduced sensory distraction, inward focussing of attention (either by single-pointed awareness, by clearing the mind, or by simply following the rise and fall of images), emotional detachment, and the loosening of ego boundaries are all crucial to entering the psychic frame of mind.

The process of drifting towards sleep (as opposed to falling into it suddenly!) or waking up produces the kind of dissociation that allows psychic impressions to form clearly. Hynagogia and psi-conducive states produce the similar sensations of drifting, floating, changes in the perceived size, shape or density of the body, changes in perception of heat or cold, and varying degrees of dissociation from the body.

In both states, the question arises: How can I tell if this is an objective sighting? Some psychics offer this criterion: Do you see the image before you think about it? If so (especially if you are surprised by it) it is more likely to be of transpersonal, psychic origin. In her book Telepathy, the renowned psychic  Eilen Garrett put it simply: the clairvoyant image you can trust just  “happens. You come upon it.”

The British esotericist W.E.Butler compared the experience of scrying in a black mirror to watching images form in the HG state. He observed that developing “message-carrying images”, in both cases, involves “the curious trick of holding the mind in a poised and yet relaxed condition.” Extracting the messages from such sightings involves learning what symbolic forms mean to you – since not all these sightings are of “clear” images – and maintaining a questioning attitude.

In this liminal state of consciousness, may of us have the impression of a presence in the room, of someone hovering, perhaps seeking communication. On some nights, as soon as I close my eyes I have the impression of a whole cast of characters waiting to resume a conversation or go forward into the next chapter of an adventure in a separate reality.

Especially in hypnopompia (the liminal state after waking) many people thinj they hear a phone call, a voice, a knock on the door that isn’t there in ordinary reality.Eileen Garrett described being roused from sleep one night by the strong feeling that someone had something urgent to tell her. The sense was so strong she rushed to her front door, certain someone had been knocking. Finding nobody there, she went back to bed and heard a very quiet voice tell her, “I am Lawrence. I wish that they would realize that I am decently dead, and finished with the ways of man.” In the morning, she received a letter from a friend asking whether she believed that Lawrence of Arabia had been killed in a motorcycle accident, as reported in the press – or that the story had been invented to camouflage secret work on which he might now be engaged.

In Journeys Out of the Body, Robert Monroe suggested that the practice of remaining in this borderland state “indefinitely without falling asleep” results in “consciousness deepening” and provides the smoothest access to to a conscious out-of-body experience (OBE). He was correct. I know this from a great many personal experiments and experiences along these lines. 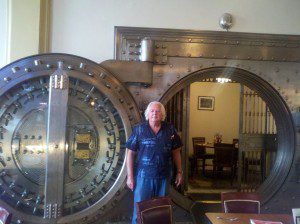 Hypnagogia is a mouthful. I like the old French term for this liminal state better: dorveille, which means “sleep-wake”, In good old English, “twilight zone” seems to me to be evocative and user-friendly, as long as we don’t get it mixed up with teen vampire fiction. (I don’t mind the association with the brilliant old Rod Serling TV series).

As with all significant modes of dreaming, what is going on here has less to do with sleep that with waking up. You want to wake up to the larger reality and explore it as a lucid dream voyager? Spend more time in the twilight zone. It’s your best departure lobby.

For much more on how to embark on adventures in clairvoyance, spirit communication and lucid and mutual dreaming (with a partner) starting out from the twilight zone, please read Dreamgates. 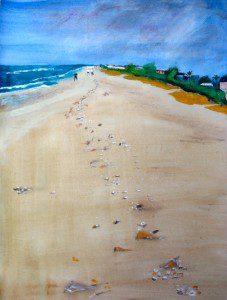