Nine Ways Dreams Can Wake You Up 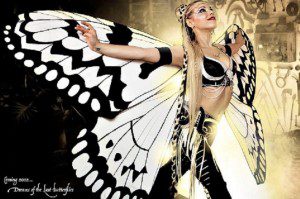 Have you ever said, “it’s only a dream”? While we often dismiss dreams, or fail to make room for them in the hurry of our daily lives, dreams can be a fabulous source of guidance, healing and juice for any day.

Here’s an open secret about dreaming. It’s not fundamentally about sleeping. It’s really about waking up. Here’s how:

Jeff Taylor woke in the middle of the night from a dream in which he created an electronic bulletin board that was lit up with eager job-hunters logging in from all over the map. He scrawled the phrase “Monster board” on a pad in the dark, then rushed to an all-night coffee shop and roughed out the plan for what became the stunningly successful internet job agency, Monster.com

If you want to solve a problem, or need a fresh perspective, sleep on it. Write down your intention (“I would like guidance on X”) before turning in, and be ready to record something whenever you wake up. Even if you have forgotten your dreams, you may find you have your solution.

John Lennon dreamed he read his own obituary and was shocked to find that he had murdered himself, in front of the Dakota on Central Park. Eleven months later, he was murdered in front of the Dakota by a demented fan who identified with the Beatles star to the point where he married a Japanese woman, collected the same type of art, and signed out of work the day before the murder as “John Lennon”.

Lennon’s dream was precognitive; it showed him a future event that was played out when the wannabe John Lennon killed the real one. But dreams also give us early warnings: they show us future challenges (and opportunities) that may or may not play out, depending on whether we read the message correctly and take appropriate action. I believe that my own life has been saved from fatal road accidents on three occasions because I was able to use dream previews as travel advisories.

Wanda Burch’s dead father turned up in a dream in a white medical coat yelling at her, “Get to a doctor immediately! You have cancer!” She acted on the warning, getting medical help early enough to survive the disease. Her survival chances were greatly enhanced as she developed the ability to harvest healing imagery from her dreams, as recounted in her book She Who Dreams.

We have a wise physician and healer available in our dreamtime every night. Our dream doctor can predict possible symptoms long before they develop, prescribe appropriate treatments, and give us images the body can believe in to make us well or keep us well. Our dream doctor makes house calls and doesn’t charge a cent!

Renowned Swiss analyst Carl Jung was impressed by the experience of a wealthy businessman who was about to embark on a new venture when he dreamed that he got himself so dirty that his arms were covered in black muck, up above the elbows. He concluded that the new project was “dirty business”, and abandoned it.

Dreams give us an objective picture of our current actions and attitudes, and show us where they are likely to lead. When I was leading a very fast-track life, I dreamed I took a corner at insanely high speed in a beautiful racing-green Jaguar. Then everything came to a stop.  A doctor in a white coat turned up and inspected my engine. He cautioned me that I ought to be much more careful. “If you smash up this vehicle, don’t imagine you’ll get one as good any time soon.” I took the advice!

Nobel laureate Wolfgang Pauli, a pioneer of quantum physics, said that dreams were his “secret laboratory.” He recorded many thousands of dreams, and they guided not only his work in physics, but his researches in other fields such as philology and the interaction of mind and matter.

Many of our greatest scientists, inventors and discoverers have been world-class dreamers. The list includes Isaac Newton, physicist Niels Bohr, chemist Friedrich Kekule, inventor Elias Howe (who dreamed up the first practical sewing machine needle, giving us the modern garment industry) and Albert Einstein, who woke on a spring morning with the special theory of relativity clear in his head.

Jacqueline Mitchard, author of the bestselling first novel The Deep End of the Ocean told Oprah she got her whole plot from a dream, though it took her several years to bring all of the book through. The stunningly original architect Frank Gehry dreams up building designs. He says he based part of his design for a cancer center on dream conversations with a woman friend who had died from breast cancer. He dreamed his dead friend told to make his design softer, to appeal to women patients; in the finished version he worked in shapes derived from the folds of fabric in a shawl.

To be creative is to bring something new into the world. Whatever our field of interest – from a dinner party menu to the next leap in nanotechnology – our dreams provide a creative studio where we try out new ideas and make connections that escape the everyday mind.

New York actor and playwright Roger Ziegler dreamed he looked in a mirror and saw many selves, aspects of himself at many ages, each bringing different gifts. He was thrilled as he watched them embrace and join together, becoming a single being – all except a shy five-year-old he had to rescue later on.

Our dreams put us in touch with many parts of ourselves, including shadow aspects we may have sought to repress or deny, and also that larger and wiser Self who can help us grow.

Schoolteacher Marybeth Gurske dreamed that her heart was opened, and she saw an “energy cord” running from her open heart to her dream partner, the ultimate “Mister Right.” She painted that beautiful image. When she dated men, she checked whether the energy in the encounter matched that of the dream, and moved on fast when it did not. Every night, she imagined herself being drawn, inexorably, by that heart-cord towards the man of her dreams. Fourteen months later, she found him and they are now married.

Dreams can introduce our life partners. They can also put juice and depth into an existing relationship, or show us when it is time to cut our losses and move on. Sharing dreams in a family circle or among friends or workmates is a great way to build stronger connections, solve mutual problems – and have fabulous fun. Through dreams, we can also heal our relations with our departed, bringing a blessed sense of forgiveness, closure and continuing or reviving love.

Australian Aborigines say that the Big stories are hunting the right people to tell them, like predators stalking in the woods. Dreams put us in touch with our bigger stories and our larger life purpose. When we can make a connection between life’s everyday dramas and a bigger story, we find courage and direction for whatever life throws at us.

Parts of this article are adapted from The Three “Only” Things: Tapping the Power of Dreams, Coincidence and Imagination by Robert Moss. Published by New World Library.

Graphic: Kai Altair in Dreams of the Last Butterflies 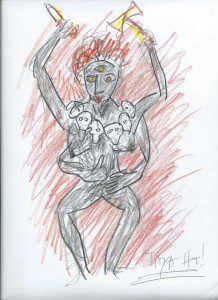