The first things to know about helping kids with dreams

The first thing to know about helping  children with their dreams is that adults need to listen up.  This means making a space, a space where you’re not interrupted where you’re not distracted by the phone or other obligations.  For a sufficient time it might just be five or ten minutes to hear the kid’s dream and to be attentive to them and to provide a protected space for them to talk.  That is the first thing: listen. And in listening remember that the child is the expert on the dream, not you.  Children actually know more about dreaming than most adults because they’re closer to the source of dreaming.

The second thing to know about helping kids with their dreams is that  if they’ve got scary stuff from the night, we need to help them to move it out right away.  Help them shift that energy.  If it’s something yucky in the dream, take them outside and get them to spit on the ground, or get them to make an image of what scared them and tear it up.  Sometimes what is going on in the night that scares kids is not really a dream but a disturbance in the psychic atmosphere. Family problems might be spilling over into the emotional atmosphere of the child’s bedroom and sometimes they’re picking that up, and they’re responding to rather formless things that don’t have the shape and content of dreams but constitute an unpleasant energy that needs to be moved out right away.

When kids have scary dreams that have content and stories, they’re being chased by a monster or something like that, the first thing they need from you is support and the assurance they have an ally.  The first ally they’re going to hope to find is you.  You are their ally.  They’re facing something scary; be their ally. A practical way you can help to prepare them to face scary things in the night is to give them something that can be a further ally.  Young children want something tangible;  a stuffed toy representing a fierce but friendly animal can be a terrific ally.  I’ve seen situations change in a household when the kid is encouraged to make the teddy bear, or the tiger, or the dog toy, the ally, the protector during the night.

These are the first things, to listen and to help with scary stuff by shifting the energy and providing the ally. The third thing you want to do with children’s dreams is to give them a creative way to celebrate their dreams and to play with them.  Help them to draw from the dream or develop the story, or turn it into theater.  Children are naturals for dream theater.  They absolutely love play-acting the role of adults who appear in their dreams, all the actions of monsters.  I did a dream theater with a large group of kids between four and fourteen. There was a dinosaur and a T-rex in the dream and they had such fun play-acting them and the eggs the T-rex hatched, and the terrified mom who didn’t understand that T-rex could be your very best friend.  Absolutely hilarious, you’ve got energy going; you’ve got creativity coming alive.

For the longer haul, as early as kids telling dreams,  you can encourage them to start keeping what will become a dream journal, their special place to keep their drawings and their private adventure stories.  You might need to help them to write when they are very young,  their writing skills will grow, and this will help those skills to grow fast.  A  journal of this kind is going to be such a treasure box in that child’s life and in the life of the whole family, and you’ll go back to that with delight later on.

For more on helping kids with their dreams, please read Active Dreaming by Robert Moss. Published by New World Library. 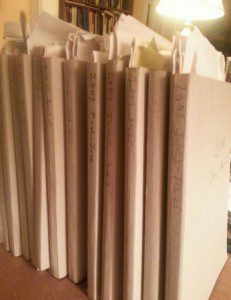 The Importance of Spiritual Education

Since the early days of Kindergarten, we’ve learned the three fundamentals of education: reading, writing, and arithmetic. We know Christopher Columbus discovered the New World in 1492, and the pilgrims arrived at Plymouth Rock in 1620. Our educational system provided us the groundwork to be successful in life. But what if there was something more […]

Talking to your Parents About Needing Care

Acknowledging that your parent might need some help with day-to-day activities is a burden few of us are ever prepared for. Talking to your parents about introducing them to a professional caregiver isn’t the easiest thing in the world either. They are likely to put up fierce resistance because they perceive it as an attack […]