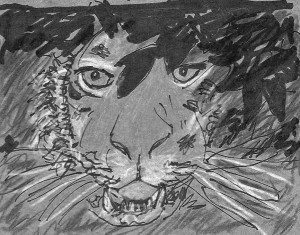 What is a shaman? First and last, the shaman is a dreamer. Shamans typically receive their calling in dreams and are initiated and trained in the Dreamtime. The heart of their practice is the intentional dream journey. They may incubate dreams to diagnose a patient and select the appropriate treatment. They travel — wide awake and lucid — in their dream bodies to find lost souls, to intercede with the spirits, to fight sorcerers, and to guide spirits of the departed along the right roads.

Among the Lakota, the most powerful shaman healers are the members of the Bear Dreamers Society, who are called to their vocation by the Bear in dreams and visions. In North America as a whole, the most common term for “shaman” translates as “dreamer”. In Mohawk, a language I had to learn because of my dreams and visions, the word is rateshents, “one who dreams”.

The special province of the shaman is the care and relocation of souls – souls of the living and of the deceased. In order to bring soul energy of the living back into the body where it belongs, and to guide lost souls of the departed to where they need to go, the shaman must have first-hand knowledge of the geography involved. This comes through dreaming strong, and also through an intimate relationship with Death. The true shaman is someone who died and came back – I am not speaking metaphorically – and therefore knows first-hand about conditions in the adjacent world of the afterlife.

The shamans who interest me are storytellers, dramatists, poets. They change the behavior of the body and the experience of the world by telling better stories about them. They entertain the spirits with fresh words and fresh songs.

I would add that shamans are of use to a community, and that their skills are recognized by that community. True shamans are up to speed with the science and scholarship of their societies. In indigenous cultures, the working vocabulary of a shaman may be ten times that of the average person. So the model of a shaman of the West may not be a wild man (or woman) in the woods but someone like C.G.Jung, who I have described in Dreaming the Soul Back Home as “the dream shaman of Switzerland”.

The essence of the shaman’s power to travel and to heal is the ability to dream strong, to scout out the future for the benefit of others, to enter someone else’s dreamspace to bring healing, to enter the dreamstate intentionally at any time – a skill far beyond those associated with the now-fashionable term “lucid dreaming”.

In our everyday modern lives, we stand at the edge of such power when we dream and remember to do something with our dreams. If you want to be a shaman, start at the breakfast table, by sharing dreams the right way with your family and friends.

I have always been a dreamer, and I learned in boyhood – in crises of illness and through friendship with Aborigines – that our dreams can take us into the Dreamtime, into a deeper world where we may be able to discover the origin and purpose of our lives. I am a boy who died and came back. As a child, I lost vital signs three times in hospitals, and remembered adventures I had had in other realities, in one of which I seemed to live a whole life before being thrown back into the body of a nine-year-old boy who had just been under the surgeon’s knife for emergency appendectomy in a Melbourne hospital. A doctor told my parents, “The boy died and came back”. We didn’t have the term “near-death experience” in those days, and I still prefer the older language. There is an exact term in Tibetan for someone who had my kind of experience; the delog is one who died and came back.

So you might say that I started out as a dreamer, whose default reality was the kind that you get to know in a shamanic state of consciousness. I knocked around the world in various ways, trying to be fairly discreet about what I knew of the multiverse while using the skills of a dreamer to make choices and stay alive.

Then in the mid-1980s I had what Jung called a “confrontation with the unconscious” after I moved to a farm on the edge of traditional Mohawk land and started dreaming in a language I did not initially understand, which I learned to be an archaic form of Mohawk. My visionary encounters with a Mohawk dream shaman of long ago, combined with other inner events, deepened my understanding of what dreaming can be, and led me to a complete re-evaluation of what matters in life. I wrote about those encounters most fully in Dreamways of the Iroquois. 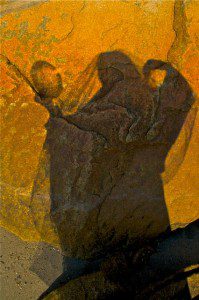