Daydreams of science: the benzene Ouroboros and the Clapham omnibus

One of the most famous, and most controversial, dreams in the history of science is the vision of Ouroboros – the snake consuming its own tail – that revealed the shape of the benzene ring to German chemist Friedrich August Kekulé (1829-1896). Was it a sleep dream, a daydream or something else?

I went back to Kekulé’s own account, in his writeup of the extempore speech he gave at the 1890 Benzolfest many years after his visions, and compared rival translations of his remarks in German. Something that struck me immediately was that his perception of the “dance” of chemical elements was not a one-off affair. He described a similar experience seven years earlier that gave rise to his theory of chemical structures. He made it clear that in years between the two visions he had developed a practice of seeing or thinking in visual imagery.

In his mid-20s, when he was living near Clapham Common in London, Kekulé spent a long summer evening sharing his ideas with a friend and fellow chemist who lived in Islington, on the other side of the city. Riding home on the last bus, Kekulé drifted into a reverie (Traumerei) in which he saw atoms “gamboling” and dancing and forming combinations. He understood, when he analyzed their motions, that he had been given clear insights into chemical structures. Up to this time, he had been unable to grasp the nature of their motion. “Now, however, I saw how, frequently, two smaller atoms united to form a pair; how a larger one embraced the two smaller ones…while the whole kept whirling in a giddy dance. I saw how the larger ones formed a chain, dragging the smaller ones after them but only at the end of the chain.” He stayed up late that night  sketching these “dream forms”. This was the origin of his theory of carbon bonding in chemical structures. 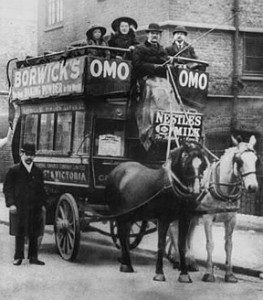 We see three conditions for creativity at work in this incident: (a) immersion in a subject, (b) sharing a developing idea with the right friend, and (c) drifting or relaxing into a flow state, from which the “Eureka” moment arises spontaneously..

Seven years later, a dream or reverie during an evening nap showed Kekulé the chemical structure of the benzene ring. He was now a professor in Ghent in Belgium. Dozing by the fire in his darkened study, he again saw atoms “gamboling before my eyes.” Now his inner sight “rendered more acute by repeated visions of the kind, could  distinguish larger structures of manifold conformation: long rows, sometimes more closely fitted together all twining and twisting in snake-like motion.” Then he was startled to see one of the “snakes” seize hold of its own tail, and whirl “mockingly” before him. He was jolted out of his languorous state, “as if by a lightning bolt.” The image of the whirling snake gave the chemist the clue to the structure of the benzene ring. He spent most of the night that followed working this up until he had shaped his theory.

Kekulé had become practiced in receiving and developing helpful images in this way. When he described the roots of his scientific creativity in the Benzolfest in his honor in 1890, Kekulé told his audience, “Let us learn to dream, gentlemen, then perhaps we shall find the truth.” He added the salutary caution, “But let us beware of publishing our dreams till they have been tested by the waking understanding.”

The images that came to Kekulé would have been meaningless, in terms of chemistry, to someone who did not have a scientific mind that had long been working on the problems whose solutions they revealed. The imagery might have sent an artist off to paint, or sent someone with an interest in myth off to study the symbol of the Ouroboros in the ancient world and in alchemy.

When Kekulé urged his audience to “dream”, he was surely not talking exclusively, or primarily, about what happens in sleep. He was talking about developing the ability to enter a state of relaxed attention in which ideas take form and interact as images.

It is always exciting to know the specific ways in which a creative mind enters that imaginal space. I kept thinking about the revelation on the bus to Clapham, and how some of us, lulled by the motion of other moving vehicles, have been gifted with similar “aha” moments when an idea hidden in a collection of diffuse elements suddenly leaps into clarity and form.

As I thought about how Kekulé got his ideas, something occurred to me that I had not seen in any of the scholarly articles I had read, let alone the standard accounts in books on dreams and creativity.  In the 1850s, people did not travel in motorized buses. The public conveyance that carried Kekulé home to Clapham, was a horse-drawn omnibus.The clatter of the hooves and the jangle of the harness and the rocking motion of the box carriage provided the soundtrack and the rhythm for Kekulé’s breakthrough.

Wasn’t it likely that other creative minds of his period had also been helped by the rhythms of a contemporary mode of transportation? I vaguely remembered something I had read in a beautiful essay by the French mathematician Jules-Henri Poincaré on his own creative process, and hunted up a copy of his paper, “Mathematical Creation”.

Poincaré described that when he came to a stuck point in his efforts to formulate a new mathematical construct, he decided to give himself a break and traveled to Coutances to join friends on a geological hike. Inspiration struck as he started to boarding a horse-drawn omnibus. “At the moment when I put my foot on the step the idea came to me, without anything in my former thoughts seeming to have paved the way for it.” When he went home to Caen, Poincaré  wrote up his theory of “Fuchsian functions” directly from this moment of insight. Though in the mathematician’s account, the Eureka moment came as he boarded the omnibus, rather than during the journey, we may wonder whether his breakthrough had been assisted by previous rides with the carthorses of creativity.

For more on liminal states of consciousness as the “solution state” for many scientists, please read The Secret History of Dreaming by Robert Moss. Published by New World Library.