Do what you love, and let the world support you

I’m not enthusiastic about New Year resolutions, unless they are so easy and simple to fulfill that it’s almost impossible not to carry through. We certainly do not want to get into the habit of making promises we don’t keep – and a New Year resolution is a promise to oneself. So instead of pitching resolutions here, I want to suggest a life game, and a banner to carry into the year ahead – and every year after.

Let’s start with the banner:

DO WHAT YOU LOVE, AND LET THE WORLD SUPPORT YOU.

Try saying the words out loud, and see how your body receives them. Is anything wriggling or squirming away from accepting that this is a rule of life that you can and will live by? Is that naysayer in your left brain rising up with a list of reasons why this approach is impractical or impossible? Is the defeatist in you – the one who carries your whole history of failures and rejections and setbacks – moaning about past disappointments, and how people and things will never change? Is the low, sad, dysthymic part of you turning, ever so slowly, on its bed of lethargy and pain to croak that there’s nothing you love enough to make you want to make an effort?

Sit up and do this:

1, Make a list of the things you love. Don’t edit or censor. Don’t judge yourself. So you love to eat a whole box of chocolates, or mix the perfect martini, or read romance novels. Put it on the list.

2. Next, make a list of your skills, resources, and connections.

3. Now see how you can marry up the two lists. Picture yourself juggling the things you love in one hand, and the skills and resources you have in the other, and feel how they could come together.

Here’s how this worked for a stranger I met on a plane. I had missed my connection, and found myself jammed in a middle seat in a back row on a different itinerary from the one I had booked. And my antennae were quivering because when plans get screwed up, the Trickster comes into play and something arranges amazing “chance” encounters and riffs of coincidence.

The man in the next seat was a cheerful guy I’ll call Stan. He struck up a conversation. After a while he confessed that he was worried about retirement. He had worked for one company most of his adult life, and the company had been good to him; he was looking forward to a very decent pension in a couple of years. But he had no notion of how he’d spend his days after retiring, and was troubled because he had seen male friends die within months of stopping work, as if they had nothing left to live for.

He thought about this for a bit. Then he said, “I love the water. I used to go scuba diving. I grew up near the water, on Rhode Island, where there’s a beach down the block whichever direction you take.”

“Are those the beaches you think of when you picture yourself at the water?

He told me he’had relocated to North Carolina, because of his job;  there was a beach he liked down there too.

What else did he love?

“I love  being with family, with community.” He grew up in a big family, one of twelve siblings. They didn’t have much but they had each other. “And I like giving back.” He explained that he and some of his brothers banded together to buy their parents a house. This guy was salt-of-the-earth.

What else did he like? “I like the perfect martini,” he said with a naughty grin. “None of them sissy fruit drinks.”

I moved the discussion to Part Two. What was Stan really good at?

He recalled that as a kid he was often the one who took charge of getting breakfast on the table for his enormous family. “And I loved doing it. I liked the sense of looking after everybody.”

What else was he good at? “I know a lot about preventing, containing and putting out fires. I’m a team player and a connector.”

I moved on to Phase Three. I told Stan, “I’m going to say a few things to you and I want you to pretend you are listening to a description of a man you don’t know. Would that be okay?”

He was intrigued. I span him a story about the passions and the skills of a certain man, and his need to bring the two together. As I talked, I raised and lower my cupped hands, as if i was juggling. As I raised my left hand, closer to the heart, I spoke of passions. As I raised my right hand, I talked of skills, from putting out fires to cooking breakfast.

“So what can you see a guy who has this combination of passions and skills doing in the second half of his life?”

Stan thought for a moment, then said, “Owning and running a diner on the beach in North Carolina.”

“Where you cook three hundred breakfasts.”

“At least. And where they can mix up one mean martini. Hey,” Stan clapped me on the shoulder. “I gotta thank you. I’m feeling more juiced and mobilized than I’ve felt since I started dating. I’m already working out a business plan for the diner in my head, and I think I know the perfect location for it. I guess you’re in the wrong seat on the wrong plane for me.”

He took a pull on his beer and asked, “What are you going to do when you retire, Robert?”

“You know the answer.”

“Oh – right – you’re never going to retire because you love what you do.”

“That’s right. The great trick in life, wherever you are in the journey, is to do what you love and let the universe support it. When we do what we love, every day is a holiday.”

The story of the chance encounter on the plane – one of many that enliven my travels – is adapted from my book Active Dreaming: Journeying beyond Self-Limitation to a Life of Wild Freedom, published by New World Library. 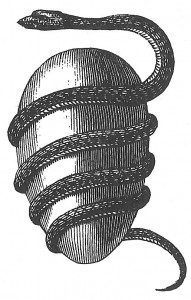