The first things to know about children’s dreams 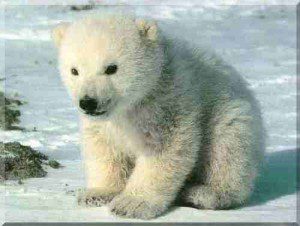 The first thing to understand about working with children’s dreams is that adults need to listen up. And that means making a space, a space where you’re not interrupted where you’re not distracted by the phone or other obligations.  For a sufficient time it might just be five or ten minutes to hear the kid’s dream and to be attentive to them and to provide a protected space for them to talk.  That is the first thing: listen. And in listening remember that the child is the expert on the dream, not you.  Children actually know more about dreaming then most adults because they’re closer to the source of dreaming.

The second thing to know about helping kids with their dreams is if they’ve got scary stuff from the night help them to move it out right away.  Help them to move that energy.  If it’s something yucky in the dream take them outside and get them to spit on the ground, or get them to make an image of what scared them and tear it up.  Sometimes what is going on in the night that scares kids is not really a dream but a disturbance in the psychic atmosphere, you know the family problems might be spilling over into the emotional atmosphere of the child’s bedroom and sometimes they’re picking that up, and they’re responding to rather formless things that don’t have the shape and content of dreams but constitute an unpleasant energy that needs to be moved out right away.

When kids have scary dreams that have content and stories, they’re being chased by a monster or something like that, the first thing they need from you is support and the assurance they have an ally.  The first ally they’re going to hope to find is you.  You are their ally.  They’re facing something scary; be their ally. A practical way which you can help to prepare them to face most scary things in the night is to give them something that can be an additional ally.  With young children a stuffed toy representing a fierce but friendly animal for them; it’s a terrific ally.  I’ve seen situations change in a household when the kid is encouraged to make the teddy bear, or the tiger, or the dog toy, the ally, the protector during the night.

These are the first things, to listen and to give them a way to move the scary energy along and another thing you want to do with children’s dreams: you want to give them a creative way of celebrating the dreams or celebrate their accomplishments in playing with their dreams, which is to help them to draw from the dream or tell the story, or turn it into theater.

Children are naturals for dream theater.  They absolutely love play acting the role of adults who appear in their dreams, all the actions of monsters.  I did a dream theater with a whole group of children or various ages and there was a dinosaur and a T-rex in the dream and they had such fun playacting the T-rex and the dinosaur and the T-rex eggs, and the terrified mom who didn’t understand that T-rex could be your very best friend.  Absolutely hilarious, you’ve got energy going; you’ve got creativity coming alive.

For the longer haul, as early as they’re telling dreams if you’re an adult who’s a caregiver or a family member, or a schoolteacher or whatever, you can encourage the child to start keeping what will become a journal of their dreams, a book of their dreams, their special place to keep their drawings and their accounts.  You might need to help them to write when they are very young, but which they can write in themselves later on.  And if you encourage them to keep a journal: that is going to be such a treasure box in that child’s life and in the life of the whole family, and you’ll go back to that with delight later on.  They will have encouraged habits of storytelling and creativity.