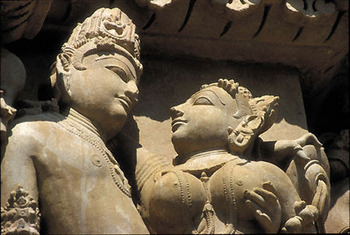 You’re in bed with someone you’d never consider having sex with in regular life.

You have the biggest orgasm you’ve ever experienced while peeing in church.

You broke off a relationship seven years ago, but again and again you find yourself in bed with your ex in a resort among the clouds.

Your sexual partner is a god or a goddess who fulfills you on every level – and you are stunned to find, in the daylight, that this is the homely Jack or Jill you’re married to.

You are assaulted or violated and wake feeling unclean and disgusted.

You’re a pole dancer in a shady nightclub where you’ve never been before, and you’ll go with anyone who pays.

You are the well-kept gigolo of a duchess, under the ancien regime in France.

Your lover may be demonic – but you’d love to arrange another date.

You’ve never managed full orgasm, but now you have a full-body orgasm and when you wake up, gasping for pleasure, you know it’s for real.

These are all one-sentence summaries of actual dream reports. They just begin to hint at the fuller range of sexual dreams.

Some sexual dreams are profound experiences of healing. One of the most beautiful accounts I have ever received comes from a dear friend who had the following dream experience soon after major surgery that left her uncomfortable with her body and uncertain whether she would ever be attractive again:

I walk out on the porch of a beautiful secluded little beach cottage. The day is perfect. There is a large hammock on the porch and my lover, a well-built young man with reddish-blonde hair, comes behind me through the same door and wraps his arms around me. We climb into the hammock, which is more comfy than a normal hammock. It becomes a swinging bed with wonderful pillows and a deep mattress. Sex is as perfect as the day. The experience is electrifying and the realness of it is still with me when I awake.

The significance of this dream is that it came just after my surgery for breast cancer.  I had been sobbing alone at my self perception of who I was in an ordinary world that viewed sexuality in terms of a whole body. This dream was a welcome reminder of who I still was, despite a missing body part! And the young man was not totally unfamiliar. He had been off and on in my dreams for as long as I could remember. I had given him a name – Mark – and he seemed to appear as a guide in my dreams up until and through this big one. After this dream he vanished from my dreaming. He had given me the healing I needed.

While Freud spoke as if everything that goes in dreams is a metaphor for sex, quite often sex in dreams is a metaphor for something else. That something else can range from closeness or intimacy in a non-sexual sense to issues of “who’s on top”. It may involve union with the anima or animus (to go Jungian for a moment). It may extend to hieros gamos – sacred marriage – with the Beloved of the soul, the form of the greater Self.

Sexual dreams may be experiences of transpersonal sexual encounters (invited or uninvited) on the astral plane. Ethical questions arise here, and so do issues of psychic wellness and protection. Unlike St Augustine (who was edgy about his sex dreams after abandoning his lover and vowing celibacy) I think we are responsible for what our dream selves do, in and out of the sack.

Such highly sensory dreams may involve transpersonal encounters in the dense energy body that India calls the kama-rupa or “body of desire”, and there is terrific energy and sensation in both. But while both types of dreams release sexual energy, one dream self raises it to something beyond sex, while the other lets it sink to the level of mere appetency.

We are having a lively discussion of such matters in my interactive dreamwork course over at Spirituality & Health; if you’ve been missing out on the fun, sign on for the next course that will start on February 7th. In the meantime, don’t be shy about posting brief accounts of your own experiences in the Comments below.

Lovers in a temple sculpture at Khajuraho in India. When Jung visited this site, he was shocked by the explicit depictions of varied modes of love-making. When he asked his guide what these images were doing on holy ground, the guide said, “But don’t you see how interested people are?” 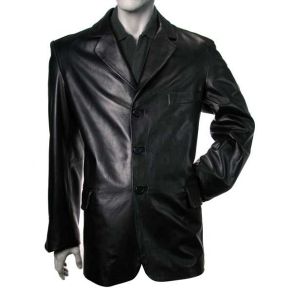 NYC dreaming: duel with the demon, then into basic black for my lecture on dream sex
archives most recent
More from Beliefnet and our partners
previous posts