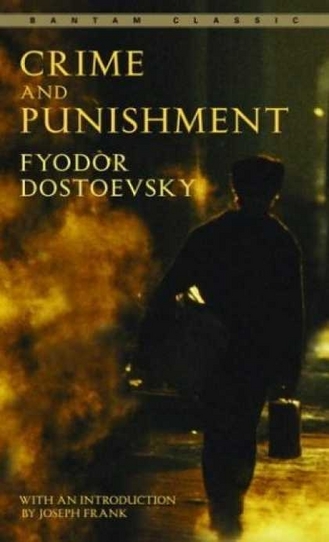 We have precious few clues to just what was going on in the disturbed mind of the young man who shot U.S. Rep. Gabrelle Giffords and killed several others in a horrific crime in Tucson on Sunday. While we pray for Congresswoman Giffords’ recovery, I want to respond to news reports that the killer boasted of being a “conscience dreamer” and that he was going to show the world what this means. He apparently posted this self-description in a MySpace profile where he also declared that “conscience dreams were a great study in college” and that his favorite reading included both Hitler’s Mein Kampf and The Communist Manifesto.

It’s been suggested that by “conscience dreaming” he was trying to say “conscious dreaming”, and one of his classmates has told reporters that he was obessed with trying to “control” and “manipulate” dreams.

I don’t know whether this young man ever came upon a copy of Conscious Dreaming, but if he did he could not have comprehended a single word. In that book, as in all my work, I explain why it is crazy to seek to control and manipulate dreams. Our dreams are often a corrective to the delusions of the ego, and give us perspective that we desperately need, so we need to listen to them carefully and seek feedback from others, in a careful and respectful process of dream sharing, so that we can be helped to see things we may otherwise miss. As I wrote recenty at my website, using the term Active Dreaming that best describes my overall approach::

As a method of conscious dream navigation, Active Dreaming is not to be confused with   approaches that purport to “control” or manipulate dreams; it is utterly misguided to seek to put the control freak in the ego in charge of something immeasurably wiser and deeper than itself.

Clearly, the shooter was not “conscious” in any sense that matters. Nor – to take his own strange phrase – was he a “conscience dreamer”. He appears to be the very opposite: a person driven by delusion and deaf to the voice of conscience as it speaks to us through dreams.

There is a literary model for this kind of psychosis. It was given to us by Dostoyevsky in Crime and Punishment, his magnificent study of a young man who becomes a murderer because he will not listen to his dreams..

Before Freud and jung, iIn Crime and Punishment Dostoyevsky developed a depth psychology that suggests that becoming fully conscious of what dreams can bring is an antidote to madness and delusion. The central character is the novel is a mentally unstable former student who plans a murder which he justifes by a weird egomaniacal philosophy.

The relevance of the novel to our understanding of the recent tragedy – and perhaps many others – is that if the killer could only hear the voice of his dreams, also the voice of conscience, he would be absolutely unable to commit his crime.While Raskolnikov is planning his crime, he dreams that he is a boy again, on a bridge, weeping and protesting as a brutal driver flogs his mare to death, insisting all the while that he has the right to do what he likes to the animal. Raskolnikov is shaken by the dream, which puts him in sympathy with the victim rather than the abuser. He receives multiple dream warnings, which show him, with ever-sharpening focus, the madness of his waking intentions and the consequences of acting them out. In Dostoyevsky’s vocabulary, the dream as an authentic experience (son) is the corrective to fantasy (mechta), here the product of a diseased imagination. But Raskolnikov spurns his dreams. It is as an unconscious dreamer that he moves, like a sleepwalker, to kill his victim.

After his crime and his confession, as he lies ill in a prison bed, he dreams that the world has fallen victim to a horrible plague caused by a new strain of infectious trichina that are actually spirits with minds of their own. Plague victims become insane, yet believe themselves to be in possession of the ultimate secrets of science and life itself. This is the very image of his own form of mental illness.

It seems that, in Arizona as in Dostoyevsky’s Russia, we are groping to understand what happens when a disordered personality casts adrift not only from daytime rationality but from the wisdom of dreams. Such a personality develops a deranged philosophy that seems to justify murder. As violent wakeful delusions grow stronger, night dreams offer a corrective, holding up a mirror to the brutal insanity of those fantasies. But the madman refuses to look look in that mirror of dreams, and so the terrible evil fantasy is played out. .

We may call this pattern the Raskolnikov Syndrome, and it may be this that came to roost in its black horror in Tucson at the weekend. .