Jung on the American sixth sense for the genuine 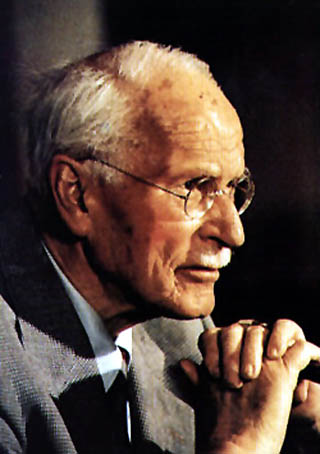 I just came upon some memorable counsel from Jung on how to talk (or rather not talk) to the English as opposed to the Americans, in which he speaks of the American “sixth sense for the genuine”. I find this quite fascinating:

In England you have to be careful not to make educated mistakes. You must look up everything you are going to mention…Don’t ever make that kind of mistake in England, because they will catch you at once. Now, in the U.S., it won’t matter. Don’t worry about it, because they wouldn’t know the difference, most of them.
But – and this is important – Americans have a sixth sense for the genuine. Don’t ever, ever, ever say anything for the effect of it if you are not absolutely certain, because they will catch you on it.
Jung goes on to speak with deep appreciation for that American sixth sense:
The American sixth sense for the something real is the reason they have discovered me, while the Europeans have yet to do so.
These excerpts come from the record of a conversation with Barbara Hannah around 1930, preserved in a private archive of her papers and quoted in Deirdre Bair’s recent Jung: A Biography (New York and Boston: Back Bay Books) p,365.
read next post