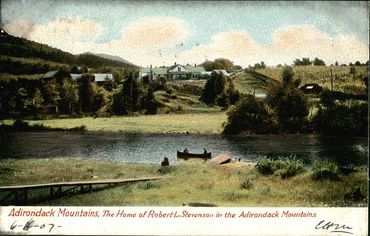 Robert Louis Stevenson received some of his best-beloved stories in dreams and a twilight state of “reverie” in which benign visitors he called “Brownies” helped him to compose, and we have lots to learn from his practice.

RLS described the central role of dreaming and dreamy states in his creative process in “A Chapter on Dreams”, which he wrote for Scribner’s magazine while winterinng in a “cure cottage” on Saranac Lake in 1877-88.
He recounted how during his sickly childhood, he was often oppressed by night terrors and the “night hag”. But as he grew older, he found that his dreams often became welcome adventures, in which he would travel to far-off places or engage in costume dramas among the Jacobites. He often read stories in his dreams, and as he developed the ambition to become a writer, it dawned on him that a clever way to get his material would be to transcribe what he was reading in his sleep. “When he lay down to prepare himself for sleep, he no longer sought amusement, but printable and profitable tales.” And his dream producers accommodated him. He noticed they became especially industrious when he was under a tight deadline. When “the bank begins to send letters” his “sleepless Brownies” work overtime, turning out marketable stories.
Who are the Little People? They are near connections of the dreamer’s, beyond doubt; they share in his financial worries and have an eye to the bank-book; they share plainly in his training; they have plainly learned like him to build the scheme of a considerate story and to arrange emotion in progressive order; only I think they have more talent; and one thing is beyond doubt, they can tell him a story piece by piece, like a serial, and keep him all the while in ignorance of where they aim…
And for the Little People, what shall I say they are but just my Brownies, God bless them! who do one-half my work for me while I am fast asleep, and in all human likelihood, do the rest for me as well, when I am wide awake and fondly suppose I do it for myself. That part which is done while I am sleeping is the Brownies’ part beyond contention; but that which is done when I am up and about is by no means necessarily mine, since all goes to show the Brownies have a hand in it even then.
One of Stevenson’s most famous tales, The Strange Case of Dr Jekyll and Mr. Hyde came directly from his dreams.. He was fascinated by the theme of our “double being” and had attempted a story about it that had been rejected. He was in financial trouble, and urgently needed to write something that would sell. He recollected: “For two days I went about racking my brains for a plot of any sort; and on the second night I dreamed the scene at the window, and a scene afterward split in two, in which Hyde, pursued for some crime, took the powder and underwent the change in the presence of his pursuers.”
The rest he made up, at his writing table, conscious that his Brownies were there with him.
My Brownies are somewhat fantastic, like their stories hot and hot, full of passion and the picturesque, alive with animating incident; and they have no prejudice against the supernatural – and have no morals at all.
By an odd rhyming coincidence, during a later visit to Hawaii, RLS became involved in an acrimonious controversy with a Presbyterian minister of the type my Australian countrymen call a “wowser”. His adversary’s name? Mr Hyde.
RLS cottage on Saranac Lake, where he wrote “A Chapter on Dreams” and The Master of Ballantrae 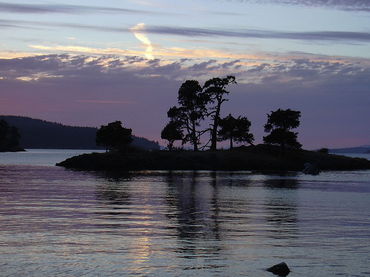 Religion Can Help You Lead a Better Lifestyle

Having faith can help you maintain a better lifestyle. If you follow what the Scriptures say, then you will naturally do what they require. The Scriptures are full of sound, sensible advice that require love and kindness as its basis. Your faith will lead you into fulfilling what is asked for. One of these is […]

Every individual’s health is important to their growth and the wellness of a nation. As time progresses, insurance companies continue raising their health premiums, making access to health expenditure and the conditions set for the cover is at times unrealistic. Many employers limit the number of individuals covered in their insurance cover program, leaving important […]

What Are the Spiritual Needs of Kids?

Kids are vulnerable and many will take advantage of this. The cases of child abuse are rising throughout the world, which could be from their parents or strangers. Kids are naturally innocent and open to suggestions. This lays them wide open to good and bad influences. Most parents are concerned about the welfare of their […]

How to Accommodate Your Religious Needs at Work

Workplace culture and the benefits offered by the company are just as important to modern employees as the size of their salary. Things like having friendly co-workers, the attitude and behavior of the employer and the number of vacation days all play a role in this equation. Most importantly, you must find agreeable ways to […]