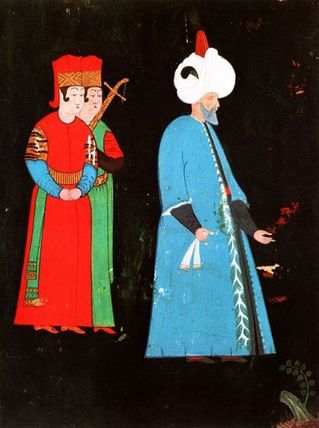 I had lunch in a pretty good area restaurant for the first time this week, and was surprised when the wait staff brought out birthday cakes and songs for three separate tables over a twenty-minute period. Three very grown-up birthday luncheons at the same restaurant in the middle of the week seemed unlikely. It made me ask: who do I know who was born today?

An online search turned up a number of writers and creators I admire who were born on July 28, ranging from Beatrix Potter and Gerard Manley Hopkins to Ibn ‘Arabi, the great medieval Sufi explorer of the Imaginal Realm whose work I discuss in my Secret History of Dreaming.

Then something clicked and I remembered that July 28 is also the birthday of a dear friend who has coordinated my Active Dreaming programs in the San Francisco Bay area for several years. The universe tipped me a wink in time for me to send her a birthday message just before the calendar page turned.

Sometimes a synchronicity signal feels even more personal and direct and feeds right into a current project. I find that when I am giving focused attention to a certain line of study, or a creative project, coincidence comes to support me, sometimes through the agency of that benign spirit Arthur Koestler called the Library Angel, a shelf elf who makes books and documents turn up (or disappear) in highly unlikely ways. This works through the internet too.

On an earlier night this month, I was trying to document a story about shared dreaming and war magic from the time of Suleiman the Magnificent. The story involves a “dream master” who supposedly had twelve people enter lucid dreaming together on a huge round bed to provide energy for an astral operation in which he entered the mind of a European prince and altered the fortunes of a battle.

I first came upon this intriguing account in The Understanding of Dreams, an old anthology of cross-cultural dream narratives,edited by Raymond de Becker, an elusive and somewhat murky character. He gave his source as an earlier book by one N. de Helva titled La Science impériale des songes, published in Paris in 1935. After much hunting, I was unable to locate a copy of this book anywhere, or even identify the publisher. When I compared the de Becker version with the historical records of the campaigns and household of Suleiman, I became more and more suspicious that someone had constructed a tall tale. But I realized that my investigation would not be complete until I had probed documentary sources available only in the Turkish language.

I said to myself in the wee hours of the morning, I really need help from a Turk.
The next instant, an email arrived in my inbox from a Turkish doctor in Istanbul, wanting to know about a retreat I am leading this fall. I seized the opportunity to ask her whether she could check out the story of the Ottoman “dream master” for me. Within hours, she started sending me documents and original translations from Turkish sources that not only confirmed my suspicions about de Becker’s cavalier use of materials but vastly expanded my understanding of the practice of dreaming and imagination in the Ottoman empire.

People ask why some of us seem to have more frequent and more exciting experiences of synchronicity (or meaningful coincidence) than others. I think one of the facts of life is that there are periods when any of us can become a synchronicity magnet, attracting events and encounters in rich profusion according to the energy and intentions that travel with us.

We observe synchronicity at work in the world more often when we are open to seeing it, and ready to play with the signs and symbolic pop-ups of everyday life.
But there is more to it than just our willingness to pay attention. Like calls to like, and the call is stronger when our passions or curiosity are most actively engaged in a life passage or a course of study or exploration. Yeats spoke, with poetic clarity, about the “mingling of minds” that can take place when we are giving our best to a certain line of study; he noted that we draw the support like minds, including intelligences from beyond our ken and beyond our world, who share our interests.

Oh yes, the Turkish doctor is flying to the United States for my fall retreat.

I recount the story of Suleiman and the Dream Master in The Three “Only” Things. Though I now believe the story is not historical, one may say of it, with the Italians, si non e vero, e ben trovato. (“If it’s not true, it’s well found”.)

Portrait of Suleiman the Magnificent in his later years by Nigari, in the Topkapi palace.