Are Your Co-Workers Making You Fat? 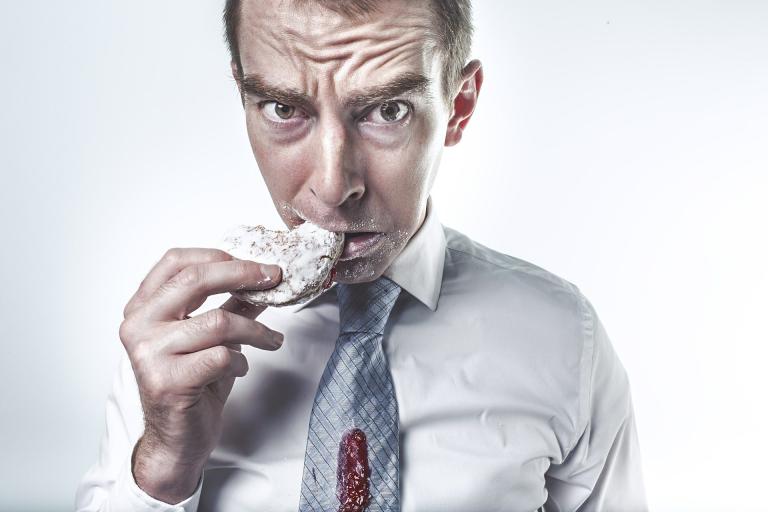 A survey of dieters conducted by Survey Sampling International for Medi-Weightloss Clinics (a Tampa-based franchise of physician-supervised weight loss clinics) found that 29% of dieters felt pressured by colleagues to eat food not on their plan. They reported being made fun of for dieting, having colleagues order food at restaurants they preferred not to eat, and were pressured to eat more than they wanted to eat.

Now clearly, no one but you puts food in your mouth. So maybe it seems a bit far fetched to say that someone else can make you fat. But  co-workers can tempt you and influence your eating. And some of us are not so good at handling peer pressure even as adults!

When treats abound at the workplace and tempting goodies are placed by coffee pots and shared spaces, the resolve to say NO becomes more difficult, especially when the refusal signals a lack of participation or appreciation for the co-worker. Their push back can produce hurt feelings or annoy the treat supplier.

So should we simply shrug off the unkind comment of a co-worker who belittles us for our mini portions? Perhaps, but a study published in Obesity found that the attributes and behaviors of our peers are tied to weight loss success. Bottom line is that our co-workers do influence. They can encourage  or discourage a weight loss plan. The constant asking why you won’t eat something, telling you that it is no big deal to sample the cake or eat a few cookies, does not bode well for the determined dieter. And what if the food pusher is a client? Then it is even more difficult to politely refuse.

What can you do? Here are 5 suggestions:

1. Keep your resolve. While it would be nice to have the support of co-workers when you are trying to lose weight, you may not. You can try taking them aside and asking them to support you. If that doesn’t work, be polite when you turn down the treats. Tell them you appreciate the offer and that the treats are surely delicious. But you have weight loss goals that are important to you right now.

2. If someone becomes annoyed. Say, “I was hoping you would understand how hard it is to lose weight. I am really trying to stick with a healthy eating plan.” If the co-worker stays annoyed, let it go. It’s not your problem. Don’t give them power over your good decisions.

3. Drink water and eat a healthy snack. If the coffee area has tempting foods, hunger can lead to a downfall. Prevent hunger and you can resist better. So drink lots of water. Snack on an apple before you pass by the treats.

4. Don’t succumb to the pressure to be like everyone else. At the end of the day, you live with your choices and your body.

5. Pick at the food on your plate. If you feel pressured to take something, move it around and pretend you are eating.  This is an old eating disorder trick to make it appear as if the food on the plate has been eaten. But you can use this strategy in a healthy way!

All in all, you decide if the food is going in to your mouth. And while the pressure of co-workers influences you, it doesn’t have to determine your behavior!