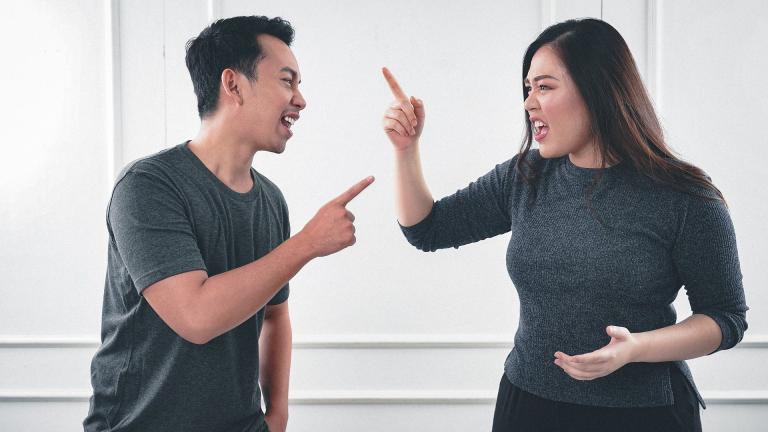 Jack and Jenna came to couple therapy to get help for their very unhappy relationship.The problem was, they didn’t really want the help. They wanted me to validate their decision to break up. It took only a few minutes to see their dysfunctional patterns of interaction. The path to their unhappiness was predictable.

In my many years as a couple therapist, too many couples divorce over fixable problems. They resist looking at what got them to a place of unhappiness. Consequently, they don’t do what is necessary to fix things in the relationship. This is frustrating because the path to break up is well-documented. Researcher Dr. John Gottman has contributed much to this understanding. Here is what he has found over the years of his research.

Couples lock into negative cycles of interactions that often lead them apart. When this happens, they turn away from each other rather than towards each other when stress mounts. Instead of forming a united front against stress and life pressures, the partner becomes the enemy and the source of criticism.

The progression of growing apart begins with criticism. Ask yourself, how much criticism is part of your relationship? Do you regularly complain? Do you focus on the negative over the positive? Criticism leads to feelings of contempt.

Contempt is deadly to any relationship. It is that feeling of, I don’t like you or want to be with you. It involves bottling up feelings and resenting your partner. Then, those lingering thoughts of criticism eventually become more negative. They turn into disgust and sarcasm. Those feelings of contempt then raise defensiveness.

Defensiveness is about self-preservation. It blocks intimacy and is usually motivated by fear and insecurity when a person feels attacked. If your partner is overly critical or on the attack, it is easy to become defensive. But if you stay defensive, the relationship suffers. Defensiveness leads to what is called stonewalling.

Stonewalling is just like it sounds-putting up a stone wall and shutting the partner out of your life. It is a refusal to communicate, a checking out. The result is emotional distance-the number one predictor of divorce.

Couple therapy can help stop this negative cycle of growing apart and teach couples to change these pattens. Therapy aims at strengthening the emotional bond and repairing relationship damage quickly.

So marriages could be saved if couples were willing to submit to the therapy process. The path to lost love is known and can be turned around. But it takes a commitment to really work on the relationship.

If you see the signs of criticism, contempt, defensiveness, and stonewalling operating in your relationship, contact a licensed marital therapist and get help.

Can You Love Your Coffee Too Much?
archives most recent
More from Beliefnet and our partners
previous posts