Is Being Selfish Genetic or Learned? 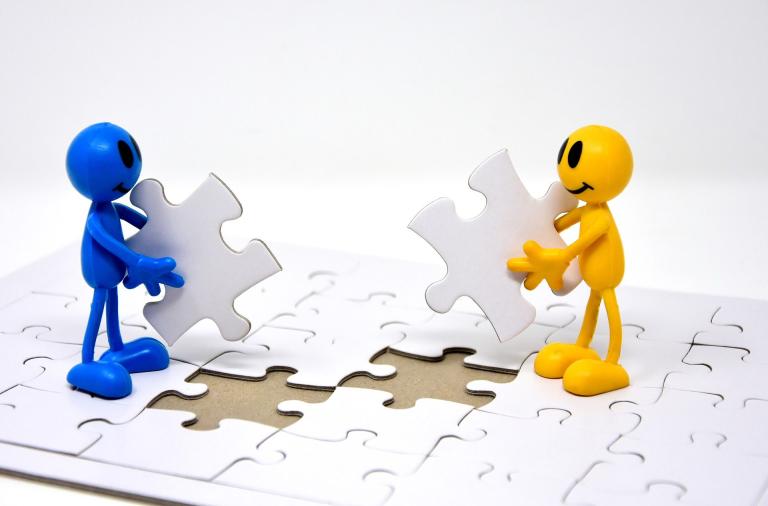 Two moms are at the park watching their preschoolers play. One child hands a toy truck to his friend and says, “Here, you can play with it.” The other hangs on to his toy car for dear life. When his friend asks to share it, he stubbornly says, “No! It’s mine!” and jerks his hands away.

What accounts for such different reactions? Are genetics involved?

One could certainly argue that we see both selfishness and cooperation in all people including these preschoolers. The age old conundrum: are humans innately selfish or goodhearted is still debated around dinner tables. Selfishness and generosity wax and wane in all of us. In some more than others. There are times we cooperate for the common good and other times, not so much.

Over forty years ago, Richard Dawkins published his book, The Selfish Gene, asserting that yes, we are innately selfish. Efforts to understand this nature/nurture question are complicated. Answers are often sought through research with animals and even bacteria.  In more recent studies with identical twins, genetics do seem to be involved in sharing. In fact, a gene has been identified that is linked to altruistic behavior. The gene, AVPR1A, regulates a hormone in the brain associated with social behaviors like sharing. A variant of this gene is associated with increased selfishness. But remember, no behavior is completely caused by your DNA. Even Dawkins noted that genes do not live in isolation. Environment, learning, school, parenting and so much more, influence how behaviors are expressed. And certainly a transformed life can turn selfishness into altruism.

Altruism, or sharing, seems to be more influenced by environment. Positive reinforcement of sharing and altruistic behaviors help teach these traits to children. Generosity can be habit forming and learned. It engages the reward circuits of the brain and releases feel-good transmitters. And we know that generosity can grow as children mature and develop stronger ideas of morality and fairness.

If you want to encourage less selfishness, try these suggestions:

1) Encourage sharing and activities that benefit others. The more we talk about the importance of cooperation and sharing, the more we encourage it.

2) When someone shares, praise the behavior. This is how you reinforce children toward more cooperation. Praise a child or an adult’s behavior when it involves sharing, cooperation and generosity.

3) Talk about how people feel in order to teach empathy and sharing. Sharing brings on a good feeling, that warm glow as some call it. The feeling itself can be reinforcing.

4) Discuss consequences of behavior when a person is selfish. Ask questions like, how does the other person feel when you are selfish? Do others want to be around you? Will you be liked as a selfish person? Will this help your relationships and your job?

5) Model sharing and concern for others. Be generous and giving. Show others and be a light.

When Moms Make Their Children Sick

In 2019, a mother was sentenced to six years in prison after subjecting her then 8-year-old son to more than 320 hospital visits and 13 surgeries. It was all fabricated. Her son was not really ill. Her crime was an injury to a child. Reading this story, it is hard to imagine how a loving and […]

Do This When a Partner Refuses Couple's Therapy

Rachel’s distress reached a tipping point and she wanted to go to couple’s therapy. However, her partner refused to go. Rachel was frustrated with his unwillingness to change and didn’t know what to do. Her list of complaints included being blamed for all the family problems. Her partner didn’t hold a steady job and rarely took […]

Grieving Our Losses on This 911 20th Anniversary

On this 20th anniversary remembering 9-11, we are once again reminded of all the loss we experienced on that terrible day. In 2015, I visited the 911 Memorial. I walked around the walls and read the names -names of people I never met but whom I knew were someone’s brother, mother, father, aunt, etc. It […]

Do You Have FOGO or FONO?

You are probably familiar with the crowdsource term FOMO (Fear of Missing Out), but how about FOGO or FONO? During the pandemic, a few new terms have arisen based on fear and apprehension. One of those terms has to do with feeling anxious about going out again. Even for the masked vaccinated person, the idea […]