What is a Dangerous Type of Praise?

As a national speaker, people often come up to me after I speak and say something like, “That was the best talk of the night.” Or, “I think you were the best speaker.” Now, it sounds like a compliment and I take it that way. So thank you for your kind words!. But is it really the type of praise we should be giving?

Let me explain. We know how important  praise is. We like to be praised for our work and successes. It reinforces our efforts. The more we are praised, the better we perform. And praise usually improves mood too. So we can argue that this free and renewable resource should be used often.

But is there a type of praise that leaves us unsettled and we don’t really know why?

Yes! It’s called comparison praise. So let’s use the nice compliment I received right after I spoke. The person who spoke before me was standing behind me. Did she hear that praise? If so, how did she feel? And the next time I speak with 5 other speakers, will I lose my best-in-show status? Do I need to be the best speaker or simply a good speaker who possibly inspired you?

Here’s another example. A father says to his daughter, you were the most talented dancer on that stage today. Sounds good on the surface, but this type of praise is based on a comparison as well. Dad’s daughter is better than all those other dancers. And that comparison sets up a keen sense of competition. If the daughter is a better dancer, than her friends are not quite as good. And that puts pressure on her to keep trying to maintain the top spot!

Honestly, this can make you anxious. All through high school, I had to work extremely hard to keep  first chair in flute. The band leader would have me and the second chair compete randomly in front of the band. Then, based on our on-the-spot performance, he would either move me down to second chair or keep me in place. The comment was, “Linda, you played the best today. But some weeks it was, “Holly you played the best.” Then I got up and moved down to my demoted second chair. Even though both Holly and I practiced like crazy, it was never enough. It was nail biting and anxiety provoking.

The better way to praise is not to compare at all. I know, we do it all the time, but it reinforces the idea that your potential is limited and perhaps fleeting. It doesn’t raise the bar for others around you either. Holly and I could have made each other better but instead, we were pitted against each other. You can still compliment the speaker, the dancer or even the flute player. But not at the expense of others. In order words, give the compliment and lose the superlatives. Praise the actions you want to see more. For example,”I was inspired to spend time with my spouse after hearing you speak.” Or “I fell in love with the beauty of dance when I saw you on the stage.” “Sounds like you practiced a lot on this piece. Well done!”

OK I know some of you are skeptical right now thinking competition is healthy. It is, but praise that isn’t comparative is surprisingly powerful because it doesn’t put another person down.  Shawn Achor in his book, Big Potential, talks about the negatives of comparison praise. He makes us think about how we praise. “Hey Shawn, thanks for that!” Notice that wasn’t a comparison praise!

When praise is comparative, we think about how we measure up to others rather than improving and being more creative. In Achor’s mind, this sets the bar low–just be better than someone else rather than raising the bar to be the best YOU.

Give me a minute. I am working on it! 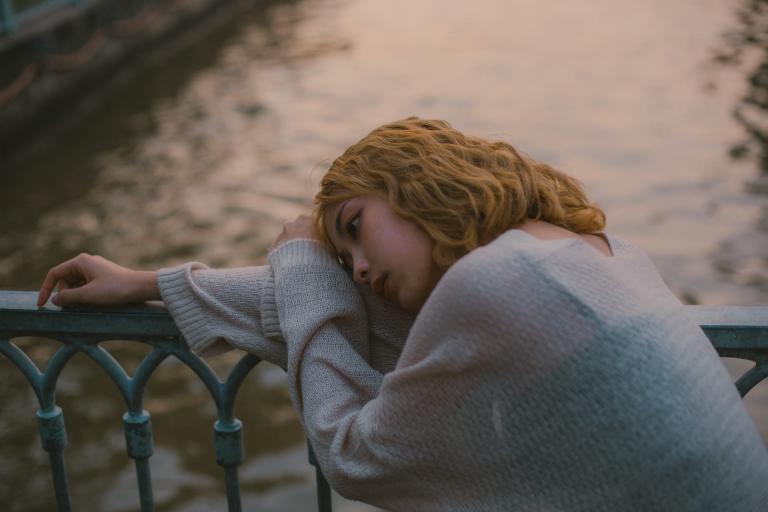 Moms are powerful when it comes to influencing their daughter’s body image and satisfaction. But let me be clear, this is not a blog about blaming moms. It is about our influence and how to use it properly. One of the biggest influences regarding body image is family dynamics. Moms, dads and siblings all play […]

Spiritually Letting Go of the Past

Letting go of the past is not always easy. Two women with different stories sit in my therapy office. They represent many who struggle with shame. One describes how premarital sexual memories haunt her in the bedroom with her husband. She has tried to put those images out of her head, but they become intrusive […]

Sometimes, we feel beat up by cultural narratives that oppose our faith. Our beliefs are under attack. We become weary and tired of fighting! This isn’t new, but it is exhausting. However, it probably will not stop. Culture that opposes and influences biblical doctrine was a problem in the early church. The Apostle Paul dealt […]

I Need a Therapist: Should They Be a Christian?

Often I get asked: If I need a therapist, does the person need to be a Christian? Does it matter or is it just important that the person be well-trained? Yes, I do believe it is important to have a Christian therapist. Here’s why. The world-view of a therapist makes a difference. You need someone who understands […]