When Christian Leaders Fall: Crisis or Clean up in the Church?

Lately, there has been disturbing news of religious leaders betraying the trust of their followers. Many are asking, do we have a crisis of leadership? Or is God cleaning up His church? What has been done in secret is coming to the light.

I’ve lived long enough to see a number of religious leaders get “caught” and damage the faith of their followers. Pastors and religious leaders are human. They are subject to the same temptations all of us are. But their job, just like ours, is to represent Christ and lead by example. However when they fall, it impacts so many people and leads to a loss of trust in organized religion. Some people never recover and leave the faith. The hypocrisy is too much. They think, if this person can’t lead a life of faith, how could I? Apparently what he is preaching doesn’t really work! What’s the point?

We have to ask, why does this happen so often? I don’t think the answer is complicated. It’s all about temptation and compromise.

When popularity, big followings and privilege are sought, it doesn’t usually end well. It harkens to the temptations of Jesus: hedonism (pleasure, satisfaction), egosim (power) and materialism (kingdoms, wealth). The enemy’s strategy hasn’t changed, yet we don’t seem to learn from ancient or more recent examples.

Churches have become big business versus houses of worship. Services look more like media productions and performances with hipster clothing, name dropping and self-importance. It’s all designed to hype up emotions and feel good. Sin is not discussed. Messages are more opinion than Scripture. Basically, the culture has invaded the sacred space and has led to compromise on basic doctrines of the Christian faith. So many people don’t really know what the Bible says and how a biblical lens should inform their daily life. We have been leaderless for a long time.

Leaders typically fall to one or more of the Big Three: power, sex and money. Slowly, they compromise a little here and there. They tell themselves it doesn’t matter. Look how blessed I am! Apparently, God is making an exception just for me. He needs me. I am soooo important. Then, they surround themselves with people who say YES to their importance and compromises. Why? Fear. Fear of losing their position and the perks that come with power. So they become complicit and reinforce cover up and hiding. The more they cover up, the deeper the deception. And the more the life of the leader becomes dissociative.

How does a Christian leader have sex with another woman and preach on Sunday? Dissociation. You slowly tell yourself this little flirtation, this meeting alone, this emotional bonding, this kiss, this….. its OK. I can control it. My life isn’t off the rails and my church is still doing great. I don’t have to subject myself to little people who question my behavior. I can keep secrets; live my life one way part of the week and another the rest of the week. Then I can put on my spiritual cloak and act the part.

Funny thing, discerning Christians see it. Yet, most of us stay silent. Why is he spending so much time with that politician, that woman, that wealthy person? Why are children always around him? We see the celebrity. We wince at certain actions. We think, “Hmmm, that doesn’t really align with Scripture.” To be fair, there are those who warn, go to leadership and are rebuffed. Leaders don’t want to hear it because they enjoy the fruit of this forbidden compromise. Donations, prestige, celebrity, books, fame. So the warning signs are ignored and another leader continues down a dangerous path.

The show is over. It needs to stop. There is too much at stake. Stop making excuses for bad behavior. And stop telling us to forgive those leaders without seeing true signs of repentance and doing the hard work of healing and recovery. And stop putting those leaders back in Christian leadership positions. They have lost the trust and privilege to lead. This doesn’t mean God doesn’t have other plans for their lives, but going back in the same position should not be one of them. 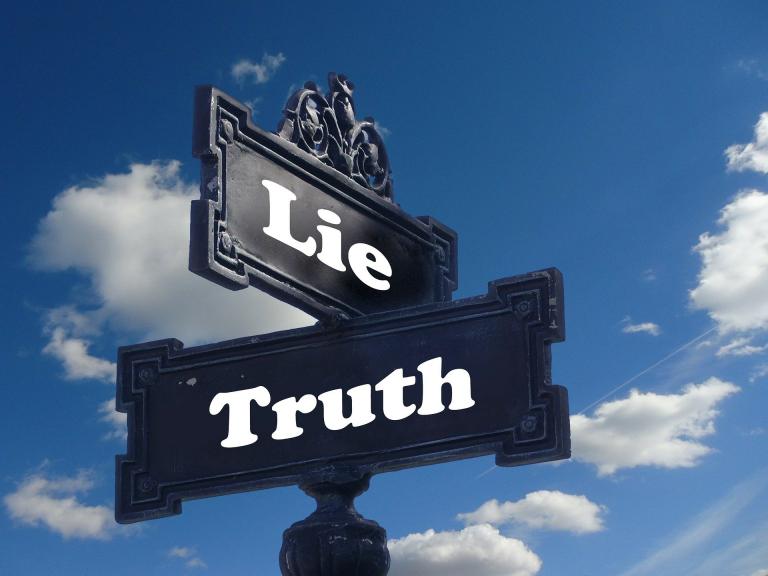 Why Do We Lie So Much?
archives most recent
More from Beliefnet and our partners
previous posts

When Moms Make Their Children Sick

In 2019, a mother was sentenced to six years in prison after subjecting her then 8-year-old son to more than 320 hospital visits and 13 surgeries. It was all fabricated. Her son was not really ill. Her crime was an injury to a child. Reading this story, it is hard to imagine how a loving and […]

Do This When a Partner Refuses Couple's Therapy

Rachel’s distress reached a tipping point and she wanted to go to couple’s therapy. However, her partner refused to go. Rachel was frustrated with his unwillingness to change and didn’t know what to do. Her list of complaints included being blamed for all the family problems. Her partner didn’t hold a steady job and rarely took […]

Grieving Our Losses on This 911 20th Anniversary

On this 20th anniversary remembering 9-11, we are once again reminded of all the loss we experienced on that terrible day. In 2015, I visited the 911 Memorial. I walked around the walls and read the names -names of people I never met but whom I knew were someone’s brother, mother, father, aunt, etc. It […]

Do You Have FOGO or FONO?

You are probably familiar with the crowdsource term FOMO (Fear of Missing Out), but how about FOGO or FONO? During the pandemic, a few new terms have arisen based on fear and apprehension. One of those terms has to do with feeling anxious about going out again. Even for the masked vaccinated person, the idea […]