Is Anger Affecting Your Ability to Think Right? 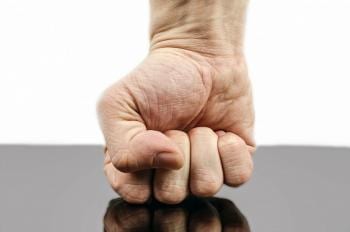 There are a lot of angry people in our culture today. Troll your social media. Anger is spewed toward people with no regard to potential consequences. And listen to newscasts on all the different stations. I do this daily and there is  a common thread. News people try to sir up anger which leads to higher rating. Thus we need to  ask, what does all that anger do to people?

We know that there are physical effects to expressions of anger. For example, hostility in males is a primary risk factor for heart disease. But what does anger do to your memory and to your judgment? Does anger increase your susceptibility to false information? Think about this for a moment, especially given the anger that currently exists in politics and during a time of public health crisis.

Anger is an emotion characterized by negativity and high arousal. Additionally, anger impacts your attention and memory. Specifically, it can enhance a stereotype and reinforce a script you may have about something. One thing we know is that the high arousal of anger can make you more vulnerable to misinformation. In other words, anger allows you to consider false claims as true.

As more and more people in media believe it is their job to anger the public, they could be doing all of us a disservice. The angrier people are, the more they will consider false information. Left or right, it doesn’t matter. The effect is the same. The constant stirring up of anger is a problem.

Let’s take an example: You are in the middle of a peaceful protest that turns angry and riotous. A reporter or commentator describes the event  and adds misinformation. What happens to your memory of the event? This combination of anger and misinformation is what a study by Greenstein and Franklin set out to test. Their results showed that anger increased both susceptibility and confidence in the source of the misinformation. Additionally, decisions were made more rapidly by angry people vs neutral people. Also, when there you are forced to make a quick decision with safety concerns involved, anger guides behavior. Anger is action orientated. And that action isn’t necessarily fueled by good facts or sound judgment.

Here are a few takeaways from this and other studies on anger:

Is there a solution? Here’s one. Everyone, including the media, needs to ramp down anger. Fact checking is a joke on both sides as media seem to spin facts to their particular bias. Journalists now look to stir emotions vs give you facts. Emotional responses bring an audience and result in more “shares.” However, if media would stop promoting anger, the public might be able to listen to facts and even discern truth to make better decisions. This would mean news sources would have to actually be neutral and act like journalists of the past. “Just the facts, ma’am.”

And for all the rest of us, it mean we practice the biblical directive to be slow to anger! That’s right. The next time you are tempted to posy an angry tweet, stop, take a breath and be slow to anger.

How to Anticipate Family Issues BEFORE the Holiday

Every year, I remind you to think ahead about how you will handle difficult family issues during the holidays. Why? Because this is one time of year we want to build positive memories. We intentionally get together despite our conflicts and upsets with each other. Let’s do our best to make this time of year […]