When Good People Do Nothing 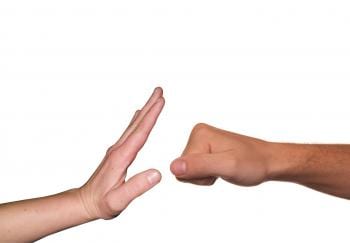 Sir Edmund Burke once said, ” The only thing necessary for evil to triumph is for good people to do nothing.” When someone is mistreated or ridiculed, what do you do? Do you take action? Stand up for the person? What about at work? Do you cringe at an off color joke but say nothing? Are  you willing to confront a racist remark? Do you tolerate the bully? And when it comes to family and friends, do you challenge intimidating people?

We are seeing so much bad behavior in our culture. Yet there is a lot of bystander behavior that is concerning. A bystander is someone who witnesses a problem and does nothing or takes no action. For example, a young woman was mugged in New York City and bystanders watched, did not intervene, but recorded the event on their phones. How can this be? They had a chance to stop the mugging, but chose to do nothing.  This passive behavior is referred to as the bystander effect – the greater number of people present, the less likely someone is to help. Large crowds often lead to inaction. The response is,  “Its not my responsibility. No one else is stepping up.” Researchers call this diffused responsibility.

The reason most bystanders don’t take action is fear, real or perceived. If you confront a situation you fear you might lose your job, be attacked yourself, or not be liked. There is also the possibility of retaliation. Other times it might be that you simply don’t know what to do. Or the event happened so quickly, it was over before you had time to react. Your body went into a freeze response. And when the situation is ambiguous, some people look to other bystanders to know if they should act. If others are passive, they are too.

Some reasons for inaction are more legitimate than others, but fear is usually a motivating force. When we don’t act as a bystander, the person on the injustice end can feel betrayed and get hurt. When betrayal happens, they don’t trust and feel unsafe. Thus, it is important to intervene and not become paralyzed. This requires  empathy and being motivated to care for your fellow man.

You may know the biblical story of the Good Samaritan. A traveler is mugged on the road and left beaten and bruised. Several leaders in high positions walk by and do nothing. Finally, a Samaritan stops and helps the man to safety and care. If he hadn’t, the man would have died on the road. What does it take to be that Good Samaritan? First, he had to see the need and then have the courage to act.

If you are alone and see someone doing something wrong, you can yell, “Hey what are you doing?” Or, “The police have been called.” Or, “That is not cool and you need to stop.” This type of  action has actually been shown to be effective and prevent future harm. If you can help  without also being harmed, have the courage to do so. In fact, some places have adopted a Duty-to-Rescue law, meaning it is a crime to not help a person in need.

Now, if you are in a crowd and no one is responding, make eye contact with someone. Single the person out and ask them to help you intervene. When you personalize or individualize the request, it is more difficult to refuse. Then, motivate others to action. Call on their humanity. Don’t take the position that someone else must be responsible. Don’t think, “This looks wrong but no one is doing anything.” Have a moral backbone and act on your values. And don’t be afraid of what others may think. It takes courage to stand on your own and do what is right. 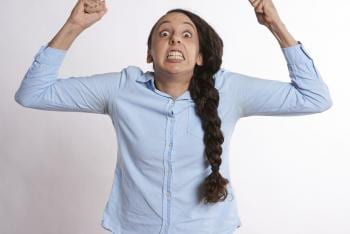 Overreacting? Could be the Pile On Effect
archives most recent
More from Beliefnet and our partners
previous posts