Yes, This One Thing Does Keep Your Brain Sharper 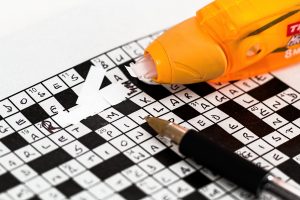 I heard on the radio yesterday that 70 is the new 45! Well, that might be a bit of a stretch! But there is one thing that seems to keep your mind sharp when your body is showing signs of slowing down.

My mom used to do it. And she would do it daily when she was in her 80s. I use to question it as some studies said what she was doing didn’t make much of a difference. However, my thinking has changed.

A large study conducted a the University of Exeter and King’s College in London involved 19,000 people over the age of 50. The researchers gave the study participants a number of tests of mental agility and learned something we have all suspected. Doing word puzzles helps the brain stay younger. In fact, those in the study had brain functions equivalent to people ten years younger than their age when they engaged in word puzzles.Now, the researchers did not claim that crossword puzzles will stop dementia, but using mental tasks to tax the mind can keep it sharper!

Apparently the puzzles help keep the mind active and alive. During the study, they assessed grammatical reasoning, short term memory, problem-solving and reasoning. All of these improved by doing word puzzles. And brain health is something we would all like to preserve.

So get out the Sudoku, pull that crossword puzzle from the airline magazine, and use that APP to do a word game. If you want to keep your brain working better and longer, puzzles can help! 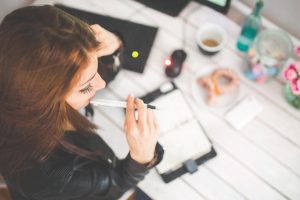 Burnt Out? Maybe It's Your Personality!
archives most recent
More from Beliefnet and our partners
previous posts