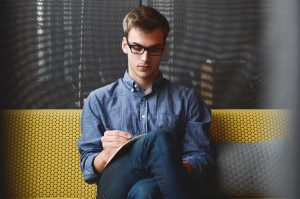 “He forgets to pick up the groceries. He loses his keys all the time. I watch the budget or he will spend without thinking. Yes, I am frustrated because it seems like he could just try harder. If he cared about me, wouldn’t he do the things he says he will do?”

Rachel is frustrated. She is annoyed at Tim’s lack of follow through. When they came to see me, they were missing one important fact. Tim had undiagnosed adult ADHD. And while he wanted to do all the things Rachel complained about, he was having trouble with his good intentions becoming reality. And this is a common problem with an adult with undiagnosed ADHD. It is a neurobiological disorder that impacts self-management. No amount of willpower is going to fix it. If not addressed, it can lead to marital problems.

Adults, like children, with ADHD, have problems with what is called the executive functions of the brain. The executive functions help you get things done and are controlled by the frontal lobe of the brain. Executive function includes things like managing time, paying attention, changing focus, remembering details, and planning and organizing. This part of the brain functions differently than someone without ADHD, causing the symptoms  above–forgetfulness, poor planning, disorganization, poor time management, lack of focus, difficulty multitasking and impulsiveness.

Tim is a smart man, but his ability to regulate his attention and emotions are impacted by the ADHD. His brain has structure, function and chemistry differences from a non-ADHD brain. Parts of his brain (the amygdala and hippocampus) are smaller, impacting emotional processing and impulsivity. There is decreased blood flow to the prefrontal parts of his brain where those executive functions take place. And there is a dysregulation of the dopamine system in his brain. This is one reason stimulant medications work. Good intentions to do better will not fix this neurodevelopment problem.

For Tim, he had to acknowledge the ADHD because it was interfering with his relationship with Rachel. He also needed to explore treatment options because you can’t will ADHD away. First, he needed a mental health evaluation to properly diagnose the ADHD. Once evaluated, he decided to use medication to improve his symptoms. Immediately, he noticed a significant difference in his ability to pay attention, concentrate and control his impulses. And his wife reported the medication made a big difference. Tim was able to follow through and focus.

Tim also had to acknowledged the burden ADHD had put on their relationship. The couple had to reorganize. Rachel had to stop parenting Tim. Tim called it nagging, but Rachel could not count on him to get things done. Tim also decided to employ an ADHD coach to help with planning and organization until he could land on a system that kept him accountable.

Rachel worked hard to separate the symptoms of ADHD from the man she loved. This helped keep her frustration in check. The couple divided household tasks based on the strengths each brought to the task. Each week, they sat down together to do a check on how the changes were working. Tim learned to set external reminders, keep notes on things to get done and developed a routine. The couple was able to get out of the cycle of complaining, nagging and resentment, followed by feelings of shame and feeling judged. Once they understood the impact of ADHD on their relationship, got help through both medication and coaching, their relationship greatly improved. 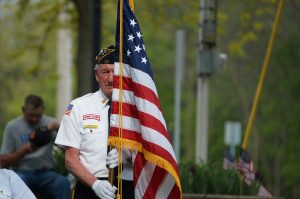